Soumaila Cisse was captured on March 25 while campaigning for Mali’s legislative elections. 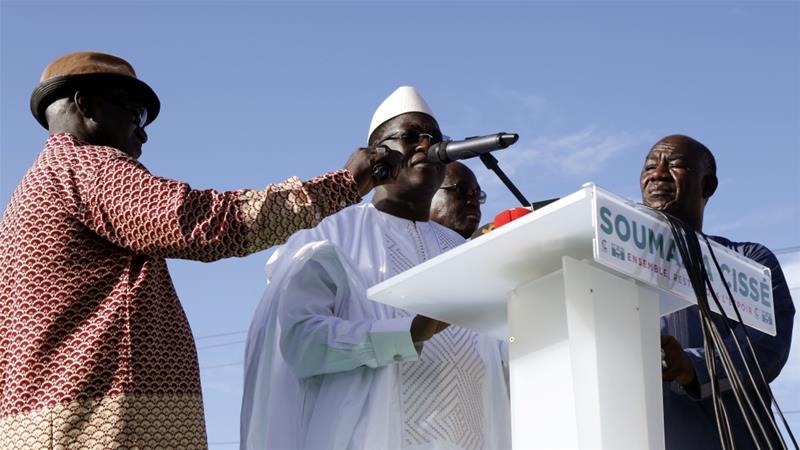 The United Nations Security Council has called for the “swift liberation” of kidnapped Malian opposition leader Soumaila Cisse and urged the government of Mali and armed groups to accelerate the implementation of a 2015 peace deal.

Cisse was captured on March 25, days before Mali’s legislative elections, while campaigning in the Niafounke electoral district in the Timbuktu region.

The council called for the 70-year-old’s release in a statement on Tuesday, following its first open meeting in nearly four weeks using video conferencing because of the coronavirus pandemic.

Council members also condemned “the terrorist attack” on Malian government forces on Monday in which at least 25 people were killed and six wounded in Bamba in the northern region of Gao.

Mali has been in turmoil since a 2012 uprising prompted mutinous soldiers to overthrow President Amadou Toumani Toure, who had ruled the country for 10 years. The resulting power vacuum led to a French-led war that removed the military from power in 2013.

Large swathes of Malian territory are still outside of state control, and the military has endured months of deadly attacks by groups linked to al-Qaeda and the ISIL (ISIS) group.

The violence has spread to the centre of the country and to neighbouring Niger and Burkina Faso, where security has deteriorated over the past year amid a “fireball of conflict” involving multiple armed groups, military campaigns by national armies and international partners as well as local militias.

The Security Council called on Mali’s government “to enhance its efforts to stem violence” in the country’s centre and ensure that those responsible for human rights abuses and violations of international law are brought to justice.

The statement also urged the UN and the government to work together to prevent the spread of the new coronavirus in the country.

It said the 15,000-strong UN peacekeeping forces should “continue delivering on its mandate despite the pandemic while ensuring the safety and security of its staff and peacekeepers”.

Mahamat Saleh Annadif, the UN envoy for Mali, told the UNSC the country had recorded 46 positive cases of COVID-19, including one member of the UN peacekeeping forces, and five deaths.

The council also repeated its previous calls for greater cooperation between the government and armed group signatories of the country’s 2015 peace accord.