Election observers report a series of polling day incidents in volatile north and centre of the country. 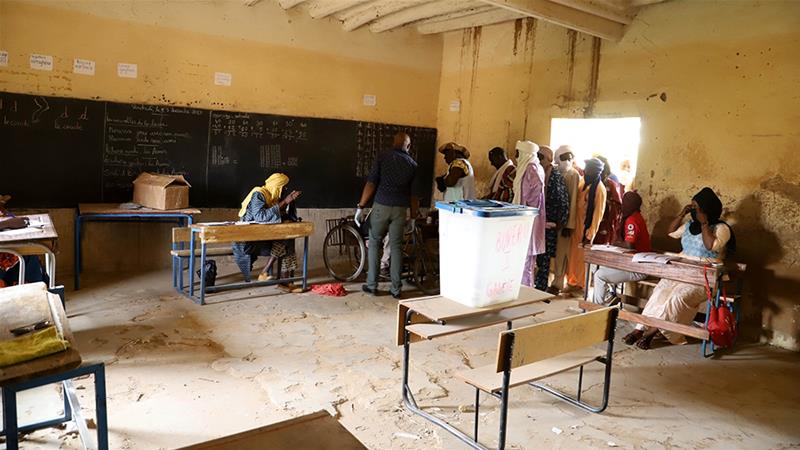 Mali’s parliamentary elections were marred by kidnappings, ransacked polling stations and a deadly roadside bomb attack, according to local officials.

Voters in the war-torn West African country cast their ballots on Sunday to choose new MPs, in an election that was long delayed, mostly because of security concerns.

There were also heightened fears about insecurity in the run-up to the poll, especially following last week’s kidnapping of Soumaila Cisse, a leading opposition politician.

The concerns appeared to have been justified as local election observers recorded a string of incidents in the volatile north and centre of the country.

These included kidnappings of village chiefs, election officials and one observer, the Cocem electoral observation group said in a statement on Monday.

There were also death threats and ransacked polling stations, added the group, which had deployed some 1,600 observers across the country.

Adding to the kidnappings, nine people were killed in central Mali on Sunday when their vehicle hit a landmine, a local elected official, who declined to be named, was quoted as saying by AFP news agency.

The death toll could not be independently verified.

Three soldiers died in the attack, he said, and three were wounded.

Mali has been struggling to contain a conflict that first broke out in the country’s north in 2012 and then engulfed the centre, killing thousands of soldiers and civilians since.

The al-Qaeda-aligned GSIM group has claimed responsibility for several recent attacks in central Mali, according to statements verified on Monday by the SITE Intelligence Group, a monitoring group.

These include the ambush on Friday of Malian soldiers who were escorting election materials, and a deadly attack on traditional Dozo hunters on Saturday.

Experts hope that Sunday’s election for Mali’s 147-seat parliament will renew the impetus to implement reforms that could drag the country out of its cycle of violence.