The UK experienced its third-hottest day on record last week, with highs of 37.8C recorded at Heathrow Airport. But the Met Office forecast scorching temperatures are making a return later this week, with highs of 37C possible along with potential heatwave conditions in some regions. Thunderstorms are also predicted to light up the skies over the weekend.

After a few days of wet weather, on Thursday southern and central parts of the UK are forecast to see temperatures ranging to 30C, with 32C possible in the south-east.

Temperatures are then widely expected to reach 30C or above in much of England on Friday.

In parts of the south-east, the Met Office forecast even hotter temperatures between 34 to 37C.

With Saturday also expected to be another very hot day, the Met Office forecast conditions could reach the requirements to be classed as a heatwave. 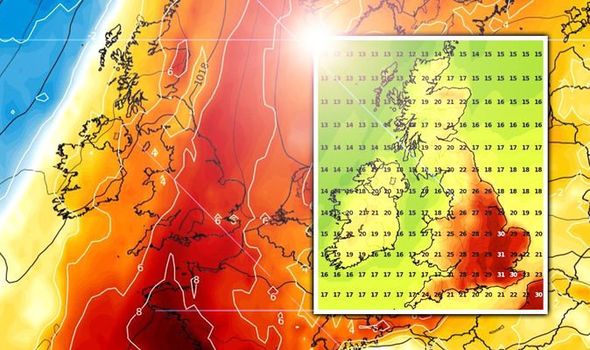 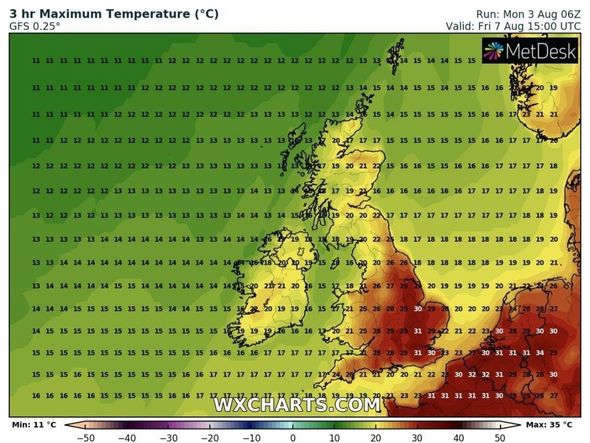 As a result the Met Office has issued a heat health alert for parts of England this week, which are issued when certain heat thresholds are passed in parts of the UK.

The warning is sent to relevant health professionals and people working in social care, to allow actions to be taken to minimise the impact of the heat on people’s health.

The Met Office are also warning there are likely to be high UV levels in some areas which people will need to prepare for later this week.

Met Office chief meteorologist Frank Saunders said: “Most of us will see a spell of warm, summery weather later this week, with hot weather developing across southern parts of the UK. 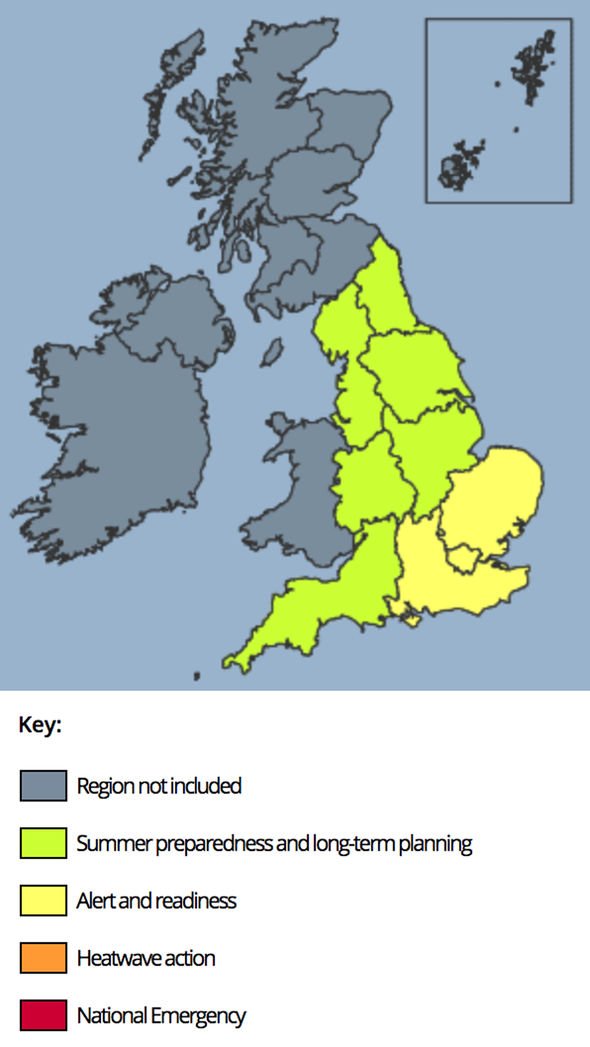 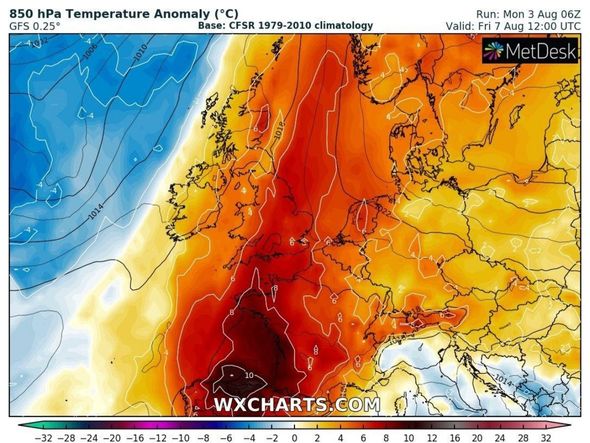 “From Thursday temperatures will be in the low- to mid-20s Celsius for Northern Ireland, Scotland and north Wales, but it will be much warmer across southern and central areas, with temperatures widely reaching around 30 Celsius, possibly 32 Celsius in the southeast of England.

“It’ll be another hot day on Friday with temperatures widely reaching 30 Celsius, or higher, in central, southern and some northern parts of England.

“It is likely to be hotter still in southeast England where 34 to 37 Celsius is possible.

“Saturday will likely be another hot day for southern and central parts of the UK, with heatwave conditions possibly being met in parts of southern and southeast England.”

WXCHARTS maps, which use data from MetDesk, show most of England as red on maximum temperature charts this Friday, indicating widespread hot weather could be in store.

The hottest areas are forecast to be much of southern, central and eastern England.

However parts of Wales and northern England could also expect to see temperatures above 25C on Friday.

As well as scorching temperatures, the Met Office are also predicting thunderstorms could occur across southern parts of the UK this weekend. 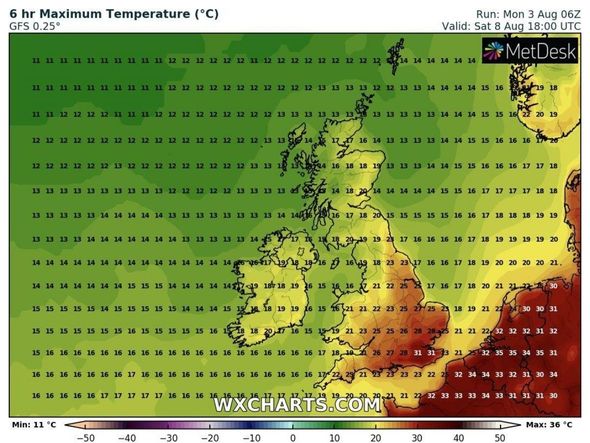 Met Office deputy chief meteorologist David Oliver said: “High temperatures could trigger some thunderstorms across southern parts of the UK over the weekend, but for most there will be plenty of dry and sunny weather.

“At the moment there is some uncertainty as to how long the hot spell of weather will last, so stay up to date with the latest Met Office forecast.”

Before the arrival of heat weather later this week, much of the UK can expect wet and windy conditions as we head into midweek.

A Met Office weather warning for rain has already been issued across some western parts of Scotland for Tuesday.

But after the wet and windy spell passes, according to the bookmakers the UK could be set for another record-breaking day in 2020 before the week is out.

Ladbrokes make it a 4/1 shot that 37.8C is matched or beaten this week.

Alex Apati of Ladbrokes said: “Don’t be surprised to see even more scorching temperatures recorded this week as temperatures continue to remain in the mid-30Cs.”