Britons have basked in the longest period of sustained hot weather since the 1960s this month. But now many are seeing severe thunderstorms pummel their home towns leading to several areas being left submerged in water. Now the Met Office has updated its severe weather warnings across the UK, but what do the changes mean for you?

Intense landslides resulting from torrential downpours is believed to have caused the deaths of three people in Aberdeenshire after a passenger train derailed on Wednesday.

Several other regions of Britain have reported intense rainfall and flooding as thunderstorms hit regions of the UK.

The Met Office has put five days’ worth of severe weather warnings in force for the coming week through Monday next week.

However the Met Office also elevated the impact level increasing it to high, given the potential for exceptional rainfall. 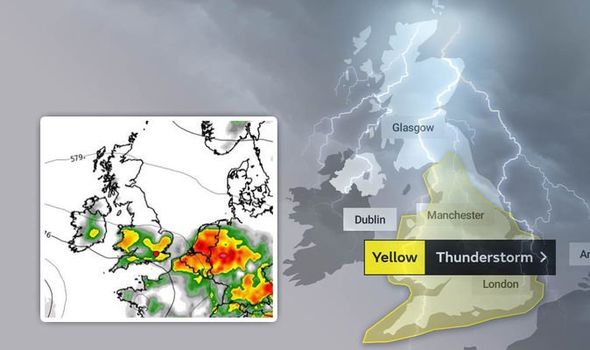 On Thursday, the Met Office has issued one yellow weather warning for thunderstorms.

The warning advises of dry conditions for some areas, while others will see severe thunderstorms, with possible sudden flooding, or damage from lightning or hail.

Where flooding occurs, road closures are possible along with delays and cancellations to bus and rail services.

In addition, there is a small chance that fast flowing or deep floodwater could suddenly occur, bringing a danger to life and flooding of homes and businesses.

Power outages and essential services disruption could be occur as a result of the storms.

Furthermore, there is a chance of damage to some buildings or structures as a result of lightning strikes, hail or strong winds. 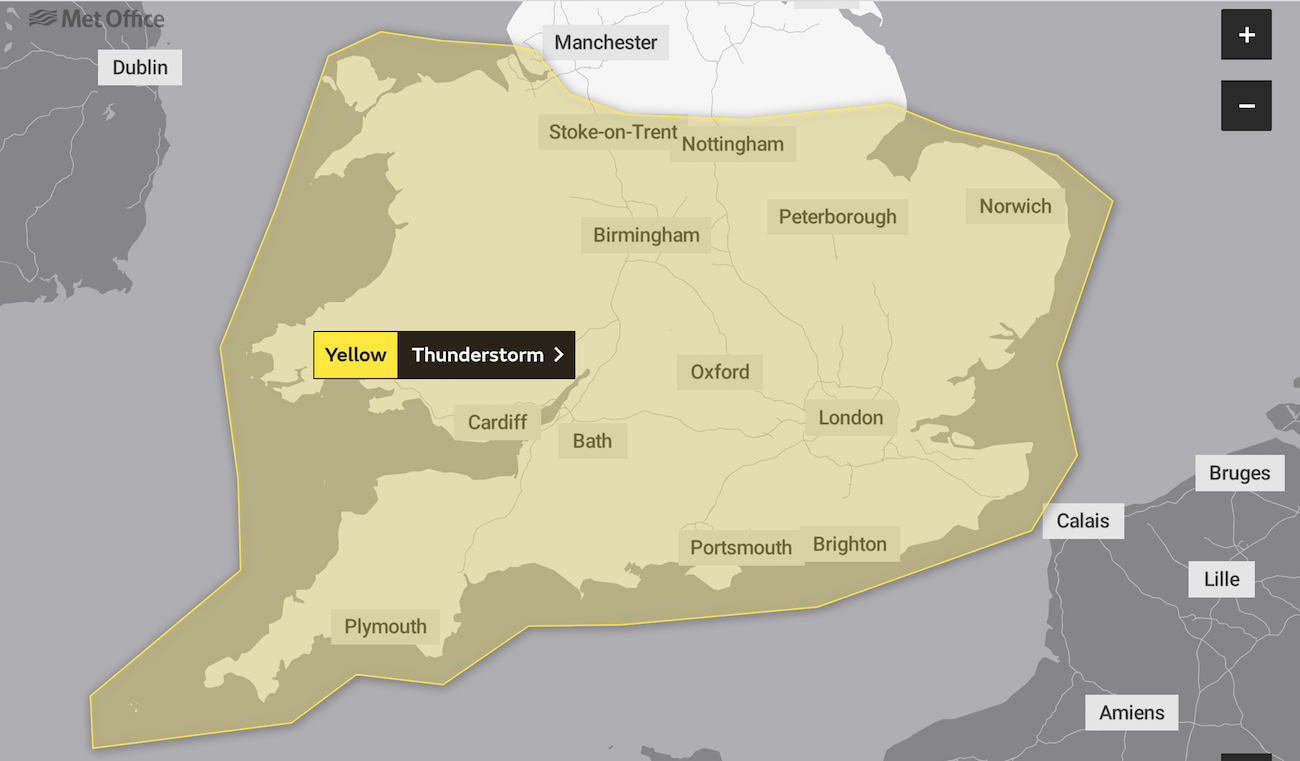 In total, the impacted regions could see up to four inches (100mm) of rainfall totals in three to four hours.

Areas of thunderstorms are expected to develop over Wales and parts of England during Thursday.

Overall rainfall totals up to 1.6 inches (40mm) could fall in less than an hour with some locations being battered with up to 3.1 inches (80mm) in 3 hours.

The following regions of the UK are likely to be impacted by these new updates from the Met Office: