ECATEPEC, Mexico (Reuters) – Standing in a graveyard on the outskirts of Mexico City decked out in a cowboy hat to cover his rugged features from the sun, guitar player Eberardo Vargas this week had fewer funerals to play at than he has for most of the coronavirus pandemic. 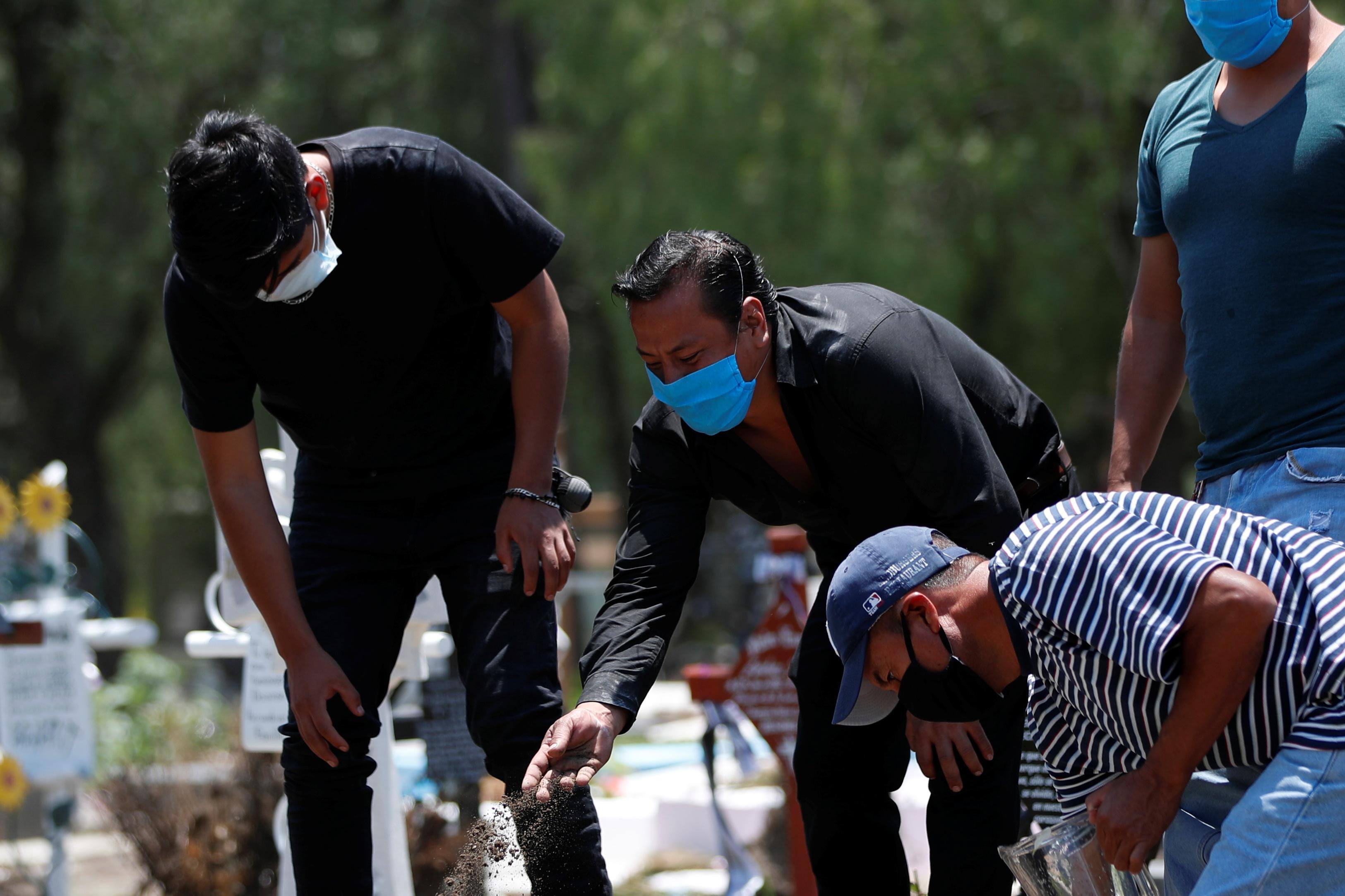 Even as Mexico approaches a grim new milestone in its battle with the pandemic – 60,000 fatalities – signs of relief are beginning to emerge in the country that has registered more dead than any other bar the United States and Brazil.

Vargas, 49, said May, June and July were the busiest months he could recall as a musician as mourners in the municipality of Ecatepec northeast of Mexico City paid him and his band to hear favorite songs of lost loved-ones during their last goodbyes.

But that demand has eased lately as public life gradually returns to normal in the sprawling Mexican capital, prompting the government to declare this week that the coronavirus scourge is in “sustained decline” in Mexico.

“We sometimes had 10 or 15 performances a day at the peak of the pandemic, but it’s come down,” said Vargas, who had little to do at the Ecatepec graveyard for much of Friday. “Now, it’s more like three, or sometimes five.”

Deaths due to coronavirus are on track to hit their lowest weekly total for two months, and new cases have eased since reaching a record daily number at the start of August.

“Our whole band used to wait here, there was always work,” said Vargas. “Now, we take turns because it’s become so quiet.”

Still, the country is almost certain to cross the threshold of 60,000 dead this weekend. Earlier in the pandemic, Mexico’s coronavirus czar and Deputy Health Minister Hugo Lopez-Gatell had cast such a figure as a “catastrophic” outcome.

Despite the improving news, Mexico City Mayor Claudia Sheinbaum said Friday there was no cause for complacency.

“This week we lost some momentum in the trend of falling number of infections and hospitalizations,” she said.

While Lopez-Gatell said his “catastrophic” remarks were taken out of context and has hailed Mexico’s crisis management, analysts offer a more critical appraisal of the country where testing for the virus has been among the lowest worldwide.

By focusing on the sickest patients, Mexico has logged a far higher proportion of infected people per test than most countries – almost one in every two.

“The scale of the pandemic is clearly underestimated,” Mike Ryan, a senior World Health Organization official, told a Friday news conference in Geneva.

That is stirring concern that Mexico could be vulnerable to a resurgence in the virus as it reopens more and more of the economy to support battered livelihoods.

This week, impoverished Ecatepec was among municipalities to loosen some restrictions imposed against the pandemic as they try to recover from the hit that shaved off more than 17% of Mexican gross domestic product in the second quarter.

At the graveyard, a boy washed his face mask in rain water collected for flower arrangements, while feral dogs, their ribs protruding from hunger, scavenged for food among garbage. 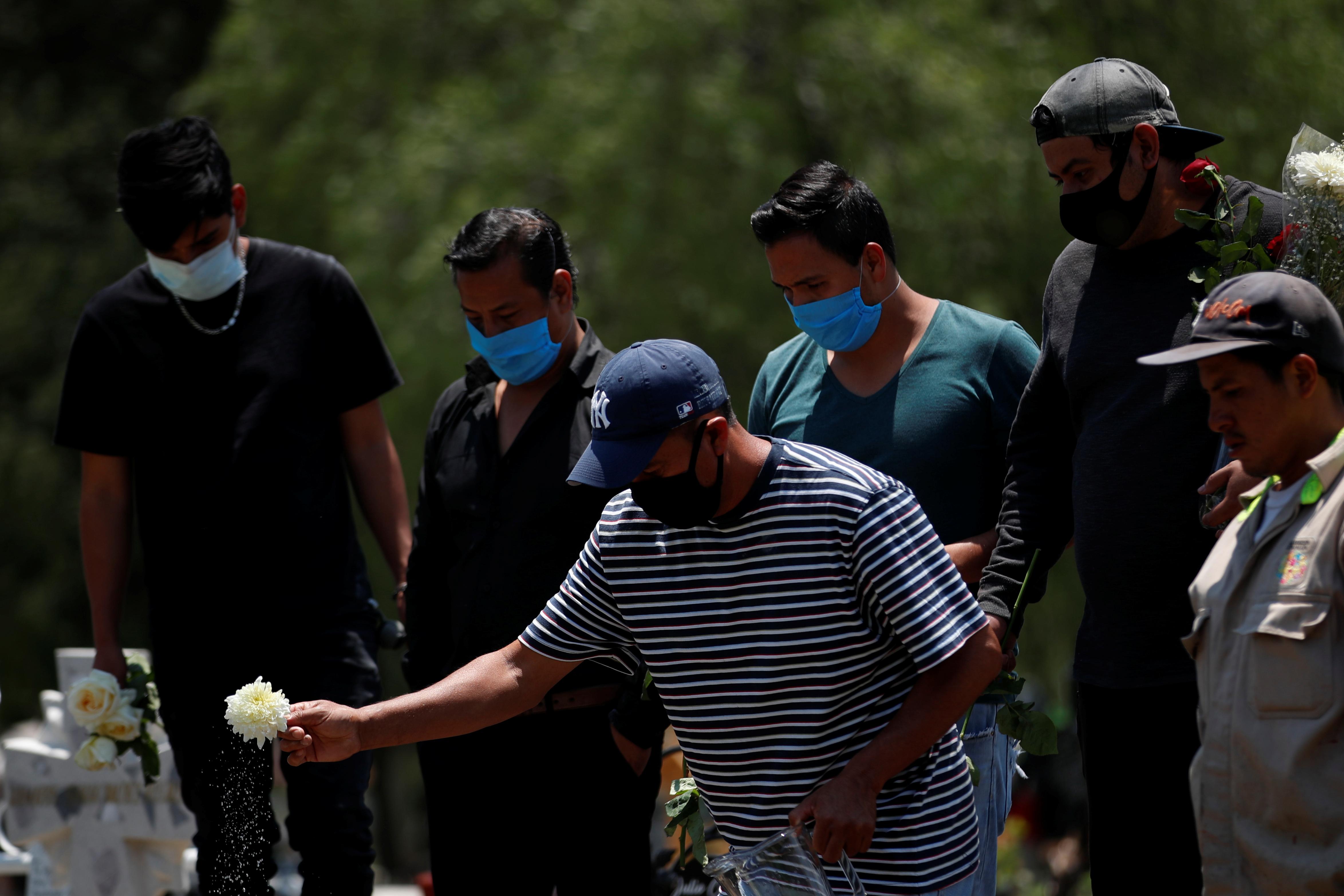 Maria de Jesus, a seller of potato chips and hot sauce at the entrance, believed the bump in funeral services has passed.

At the peak of the pandemic, families were given half-hour slots to accommodate as many as 14 funerals a day, said Diana Angelica Almazan Avila, a local official. Since then, there have been four days with no official deaths in the municipality.

“It was such a surprise,” she said. “We couldn’t believe it when there wasn’t a single death.”