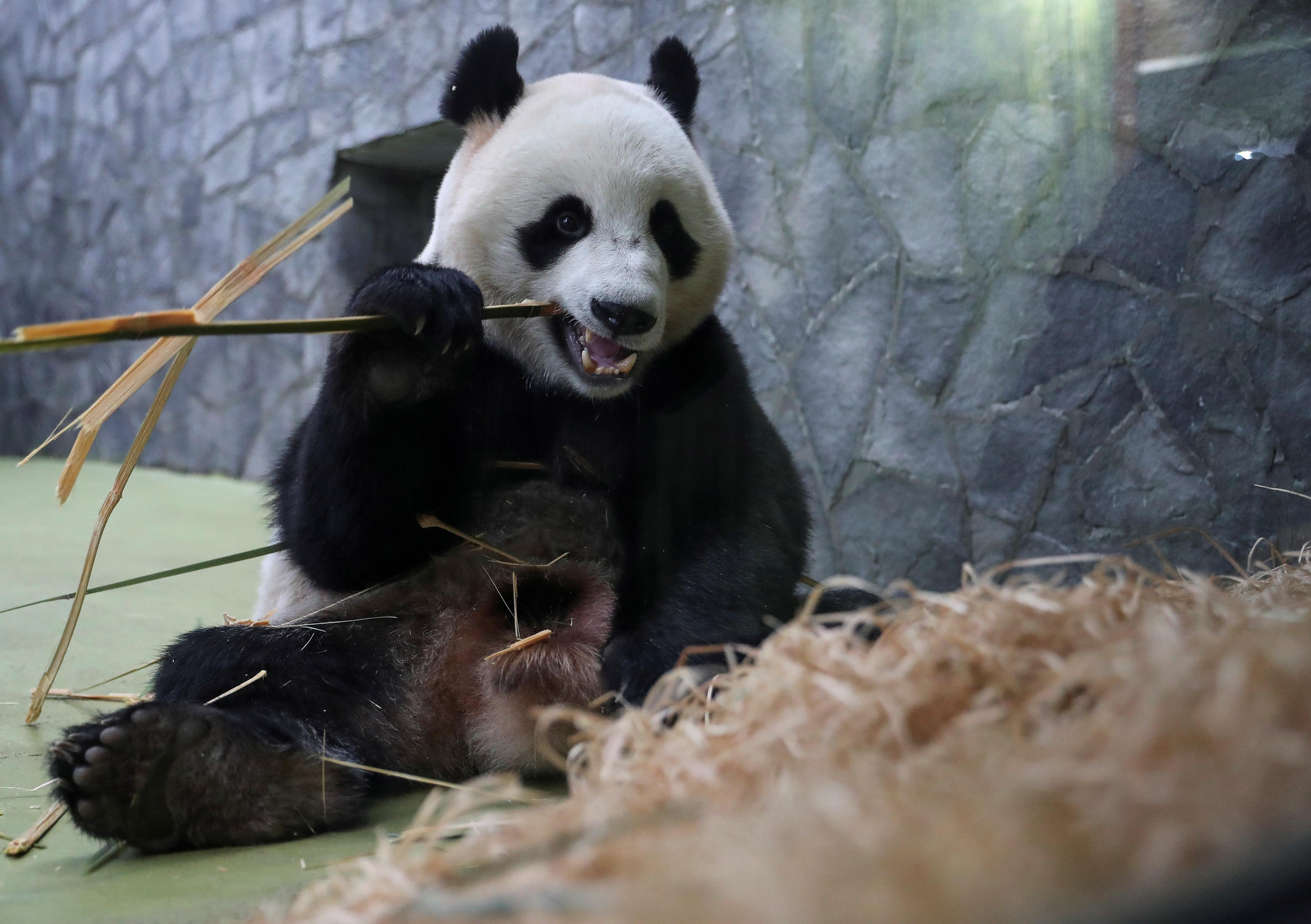 MOSCOW (Reuters) – Moscow’s zoo said on Thursday that its two giant pandas appeared to miss their usual flow of visitors and were clearly hankering after more human interaction with the city in lockdown because of the coronavirus.

The two giant pandas – named Ru Yi and Ding Ding – have lived in Moscow’s zoo since last year when China’s President Xi Jinping presented them to Vladimir Putin during a visit to Moscow.

On Thursday, the pandas could be seen sprawled out chomping on bamboo and roaming their enclosure in footage released by the zoo, which said, however, that the animals had seemed slightly out of sorts since the zoo shut its doors.

Moscow, like many regions across the country, is currently in its second week of a partial lockdown that has seen residents told to stay at home except for essential errands like buying food or getting urgent medical attention.

“In nature, giant pandas live alone, but they’re entirely satisfied with their enclosures and the toys offered here,” the zoo said.

“But it seems that they’re missing something now. They’ve started to much more actively approach every single person who walks past their enclosure,” it said.