(Reuters) – Emergency room doctor Thomas Krajewski stopped at the hospital room door at 2 a.m. to glance at the chart. He knew instantly the long odds faced by the patient inside: A man in his 70s, with a fever, short of breath.

“Do you mind calling my son?” the patient asked him. “My two grandsons tomorrow morning are going to crawl in my bed because they wake me up on the weekends, and if I’m not there, they will wonder.”

Twelve hours later, the man needed a ventilator. After a day, his kidneys started to fail. In three days, he was dead – one of 151 people who had succumbed to COVID-19 in Louisiana by late Sunday. The state has confirmed 3,540 cases since March 9 – among the world’s fastest-growing infection rates. That pace, Governor John Bel Edwards has said, signals that the state could become the next Italy, with overwhelmed hospitals forced to turn patients away.

Frontline health workers scrambled to prepare for that grim prophecy as patients started to stream through their doors last week. The governor said on Face the Nation Sunday that the state has only a tiny fraction of the about 13,000 ventilators it will need, and that it has yet to receive federal approval to tap a national stockpile. In New Orleans, the state’s epicenter, authorities are setting up a field hospital to handle the expected overflow of patients at the Ernest N. Morial Convention Center – the same site where thousands of Hurricane Katrina refugees suffered in 2005.

Then as now, many doctors fear they won’t get enough supplies and support to keep up with the deluge of victims. This time they are fighting a pathogen that threatens them – and their families – every time they extend a hand to help a patient.

Krajewski, a 31-year-old Cincinnati native who is just two years out of residency, works the overnight shift at St. Bernard Parish Hospital, in a working class suburb just east of the city. After work, Krajewski comes home to his newborn son, Cal, just three weeks old, and his wife Genevieve. He strips off his clothes on the porch before entering his house. He drops his glasses and phone into a small UV light sterilizer and heads straight to the shower.

“I come home – and I’m horrified,” Krajewski said. “I’m wearing an N95 respirator-level face mask anytime I’m near my child, and that is after I’ve fully decontaminated.”

Doctors across New Orleans are calling colleagues in New York and Seattle, sharing intelligence on the virus. They trade suggestions on how to hook two patients up to a single respirator. Some health workers are renting out apartments to quarantine themselves from their families, said Joseph Kanter, an emergency room physician and lead public health official for the New Orleans area.

“They’re using all these stop-gap measures” to protect themselves, said Kanter, calling it a “damning indictment” of the nation’s lack of preparedness for such a pandemic. 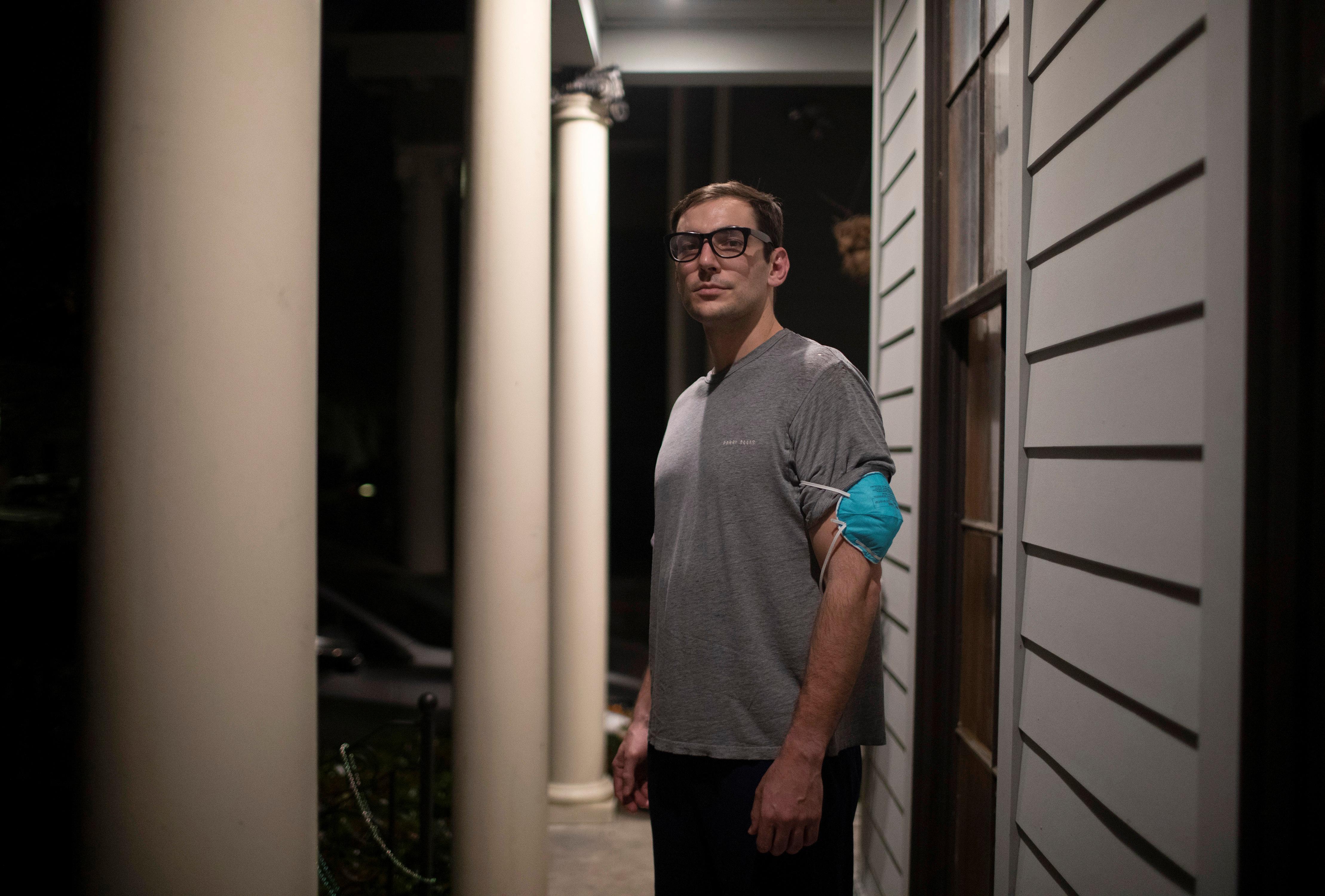 ‘IT CAN HAPPEN TO ME’

With more than 141,000 infected and nearly 2,500 dead in the United States, health workers in hard-hit places like New Orleans are feeling the strain of taking in hundreds of contagious patients who often deteriorate quickly.

While older patients are by far the most at-risk, some Louisiana doctors say they have been shocked at the severity of some cases in which younger people have just one underlying condition, such as hypertension or diabetes. Some patients in their 30s or 40s have been quickly put on life support, said Jeff Elder, an emergency physician at University Medical Center in downtown New Orleans.

Such cases are worrisome because doctors are still struggling to understand why certain younger patients are hit so much harder than others – and because they make younger caregivers fear for their own safety.

Louisiana’s soaring infection rates mean some hospitals will have to start turning away patients in the next week unless statewide efforts to curtail social contact start to show an impact, Governor Edwards has said. The governor’s pleas for residents to stay home in daily news conferences have become increasingly laced with anger and frustration.

“It’s not that hard to understand!” Edwards said on Friday, talking about what awaits New Orleans. “The trajectory we’re on right now takes us to a place where we cannot meet the demands on our health care system.”

Even as fears rise inside overtaxed hospitals, caregivers are working in an unsettling silence. Many have bans or severe limitations on visiting family members, who normally fill their hallways with conversation, comforting loved ones and waiting on scraps of news.

Patients with COVID-19 suffer quietly, too. In survival mode, they focus almost solely on breathing. Fevers make them sweat through their hospital gowns as they sit upright in bed, the position that makes it easiest to breathe. Ventilators hum in the background.

Krajewski decided early in college to become a doctor, in part because of a self-described hero complex. In his young career, he has thrived on seeing patients get well in response to his treatments. 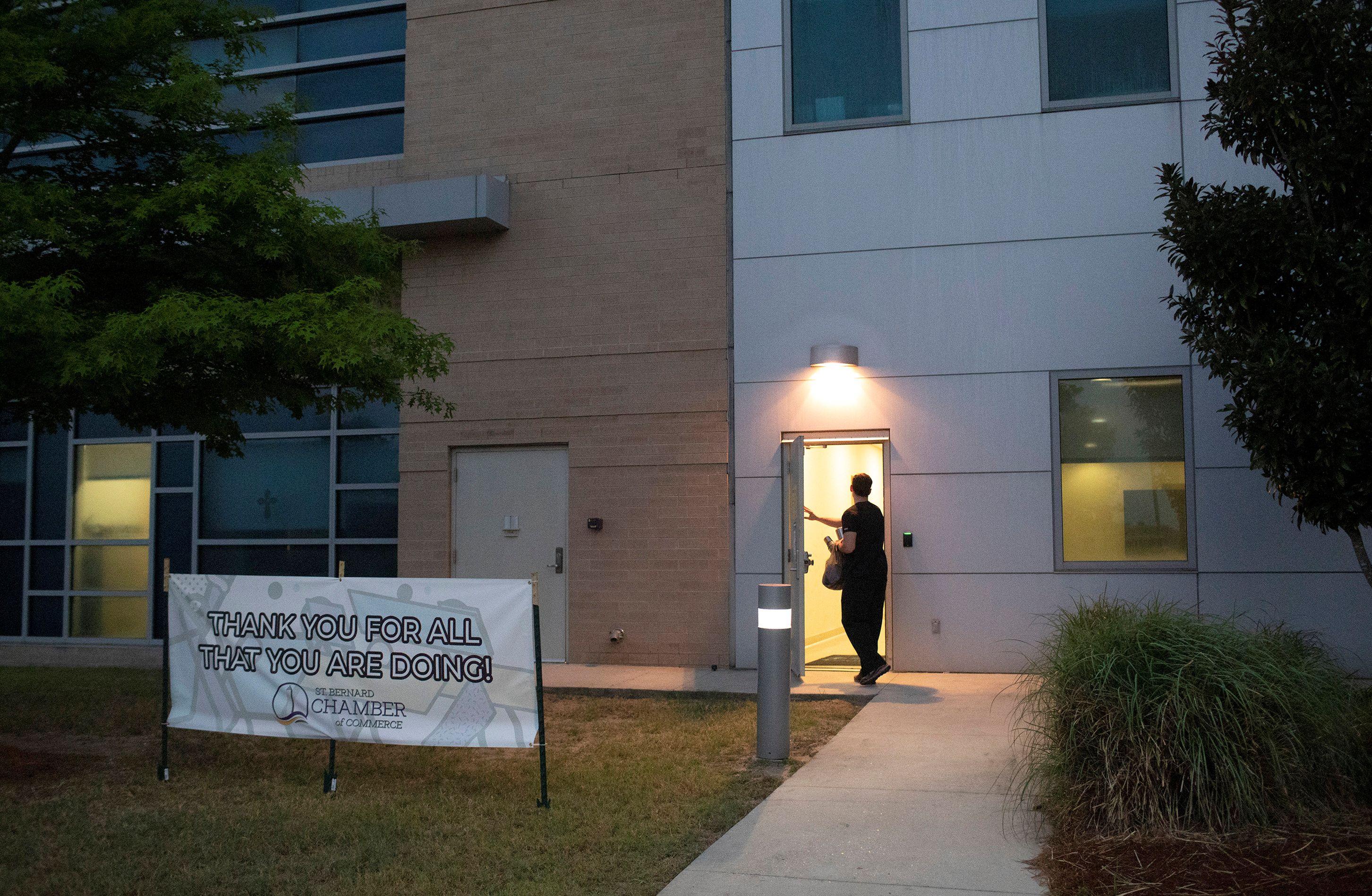 That’s all changed in the last few days. He has put about a dozen patients on life support, and only one has come off. Five have died.

“There is a sense of gravity when you know you are one of the last people that will talk to somebody,” Krajewski said. “Those conversations are happening more often.”