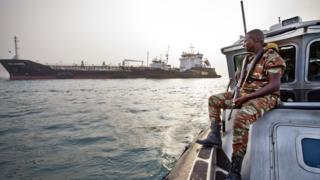 These are the first convictions in the West African state since a new anti-law piracy came into force last year.

Nigeria has been under pressure from the shipping industry to curb piracy in the Gulf of Guinea.

It accounts for more than 80% of maritime kidnappings globally, the International Maritime Bureau says.

The three, who are believed to include two Nigerians and a foreign national, pleaded guilty to two counts of piracy during their trial in the High Court in the oil hub of Port Harcourt.

The director-general of the Nigerian Maritime Administration and Safety Agency, Bashir Jamoh, welcomed the verdict.

“This will serve as a deterrent to other criminal elements who are still engaged in the nefarious activities on our waterways,” he said.

Asked whether financial penalties alone were enough of a deterrent, he told the BBC:

“Absolutely – now we have a legal instrument to prosecute effectively and put the pirates out of business legally speaking.”

Another six men pleaded not guilty and their trial continues.

They are accused of being part of a gang that seized a vessel off Equatorial Guinea’s coast in March.

The Nigerian navy arrested the men.

Almost 50 crew were kidnapped in the Gulf of Guinea in the first half of this year, compared with 27 last year, according to the International Maritime Bureau. 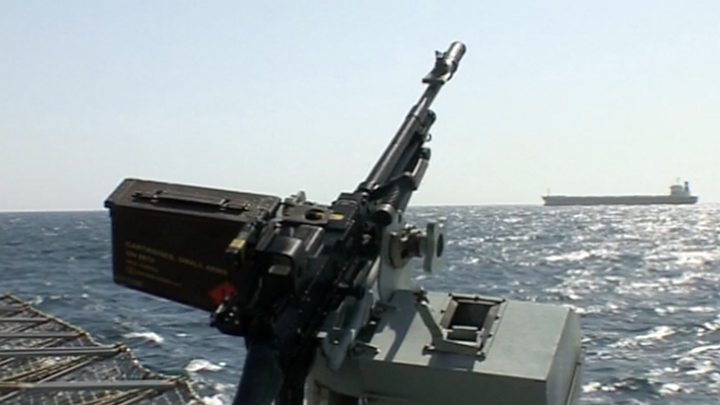