SEOUL (Reuters) – North Korea has been ramping up tensions with South Korea in recent weeks, but the campaign seems aimed at making a renewed push for sanctions relief by recapturing the attention of a U.S. administration that is distracted by domestic issues. 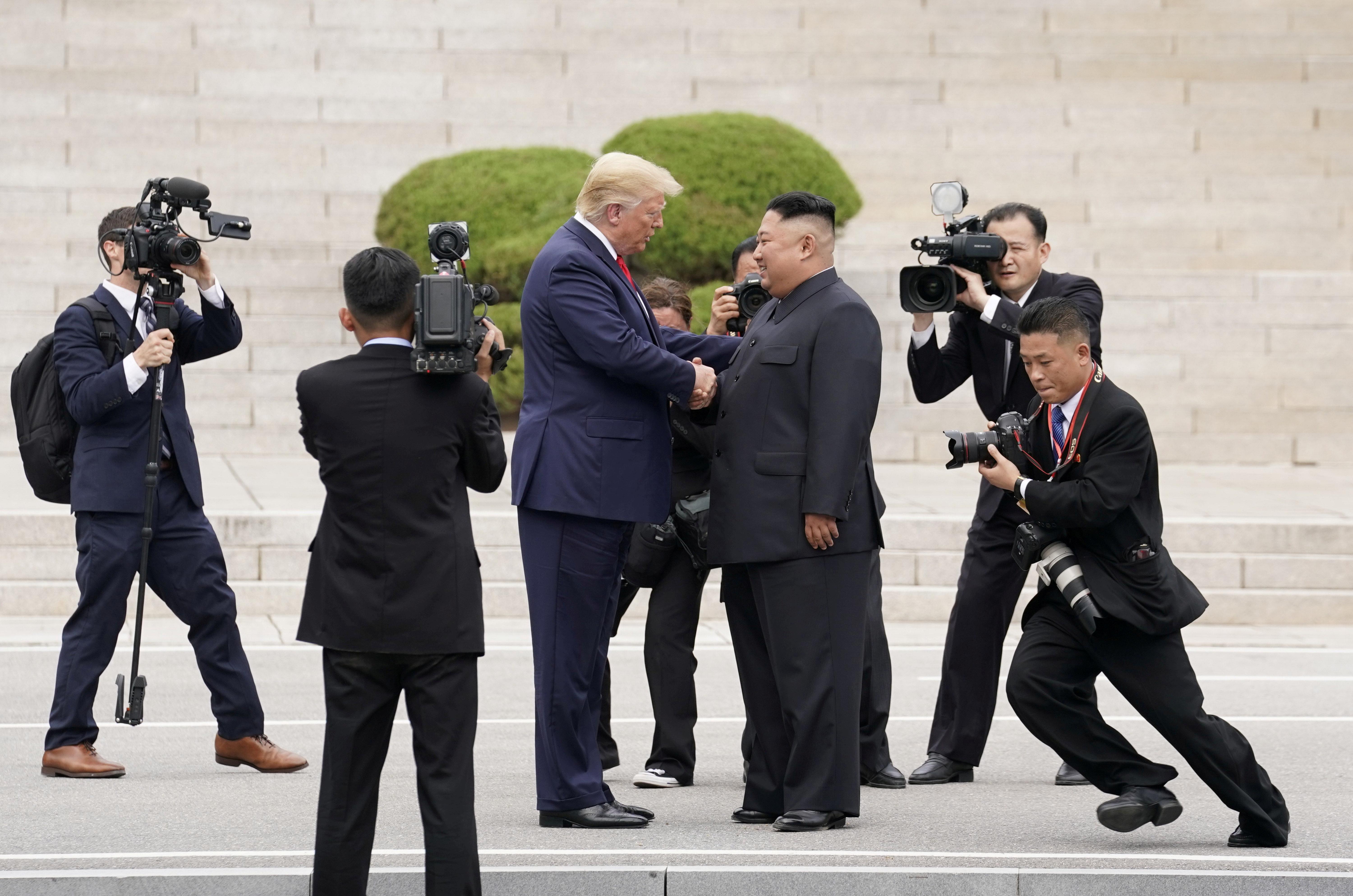 North Korea blew up a joint liaison office on its side of the border last week, declared an end to dialogue with South Korea and threatened military action.

Kim, however, is facing real-world consequences for the failed talks, with North Korea’s sanctions-hit economy further strained by a border lockdown imposed to prevent a coronavirus outbreak, potentially threatening his support base among the elites and military.

Analysts say one of Kim’s goals in lashing out at U.S. ally South Korea is to remind Washington of the unresolved issues with North Korea, potentially forcing it to intervene.

“Trump could feel the need to talk to the North to manage the situation for now, and publicly claim that he had warded off the possible military provocations that Kim has threatened,” said Chang Ho-jin, a former South Korean presidential foreign policy secretary.

“By raising inter-Korean tensions, North Korea could also be hoping South Korea will push harder to get sanctions exemptions for joint economic projects that have so far been elusive.”

A diplomatic source in Seoul said U.S. officials, including Deputy Secretary of State Stephen Biegun who had led negotiations with North Korea, are willing to make “last-ditch efforts” before the U.S. election.

“There was anxiety among them that they couldn’t just idle away the first half of this year,” the source said, noting Washington would switch to full election mode soon.

But a U.S. source familiar with the matter told Reuters that while Washington is willing to talk with Pyongyang at any time, there will unlikely be any negotiations that lead to a significant breakthrough in the near future, especially if North Korea only offers to dismantle its main Yongbyon nuclear facility.

The source said that sanctions relief is likely far away, as North Korea has been unwilling to discuss abandoning enough of its nuclear programmes for the United States to consider rolling back sanctions.

In his New Year address, Kim vowed to unveil a “new strategic weapon,” after Washington ignored a year-end deadline he had set for a restart of talks, but North Korea appears to have fallen off Trump’s agenda as he found himself mired in domestic crises.

“North Korea had been expected to stage a serious provocation such as an intercontinental ballistic missile (ICBM) test, but COVID-19 and the ensuing U.S. political situation seem to have provided Kim a new calculation,” Wi said.

“With Trump already in trouble, firing an ICBM would only benefit Biden, so he resorted to short-range missile testing as a stop-gap measure and now is targeting the South.”

If Biden is elected, any negotiations would be “much more painful” for Kim as he would take a more principled approach and empower seasoned negotiators without summitry extravaganzas, said Cho Tae-yong, a South Korean lawmaker who previously as vice foreign minister worked with Biden’s foreign policy advisers.

Some experts do not rule out a return to ICBM testing if Trump looks increasingly likely to lose in the election, but that would also upset China which has been lobbying for Pyongyang to ease international sanctions.

“Serious provocations like an ICBM test could backfire, so Kim must be thinking hard not to overplay his hand until November,” Wi said.