A courageous dog was swept into the sea with eight houses during a powerful landslide in Norway.

Footage from neighbours shows the large piece of land near the town of Alta in northern Norway suddenly breaking away from the mainland.

In less than two minutes the land is under water and the sea has engulfed eight houses which had been standing on the land. 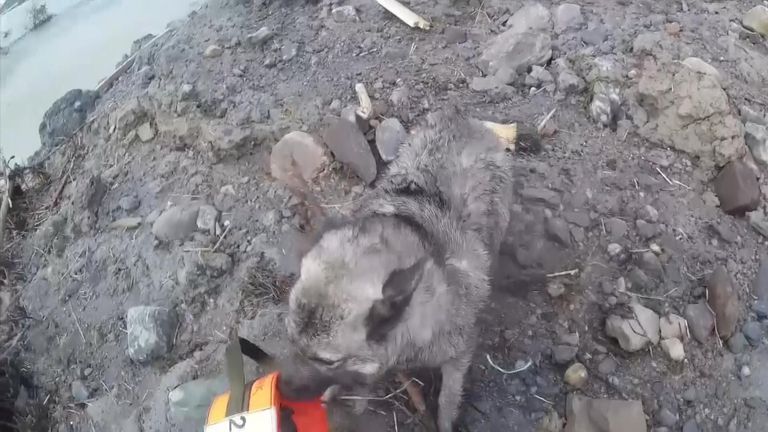 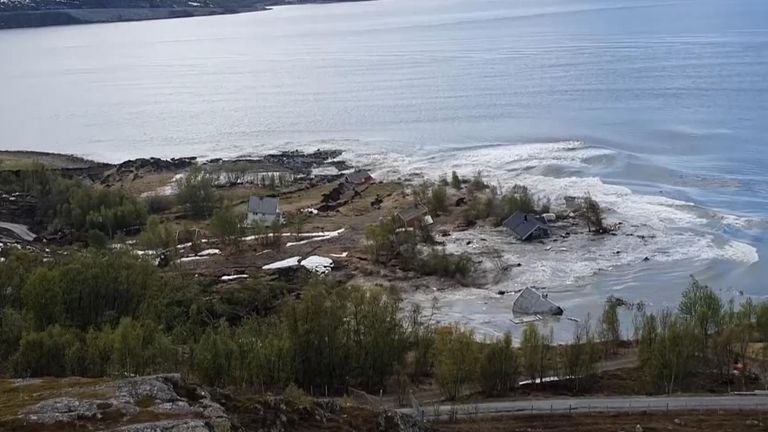 Norwegian authorities said nobody was hurt when the houses were uprooted in the 650-metre (710 yards) long landslide on Wednesday.

“It appears no humans were in the area when it happened,” local police officer Torfinn Halvari told Norwegian news agency NTB. 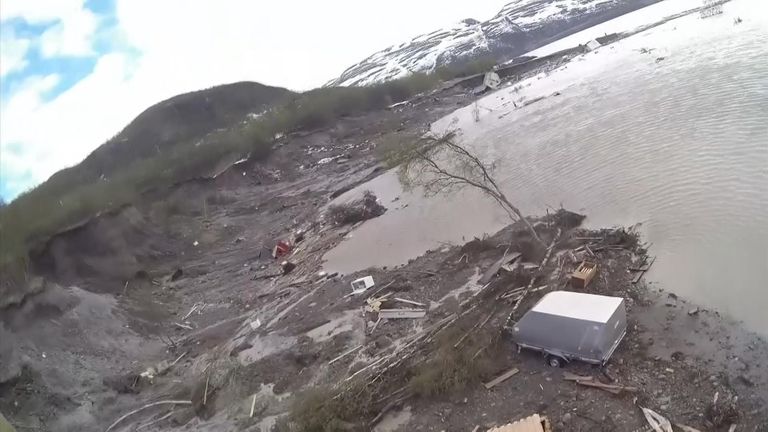 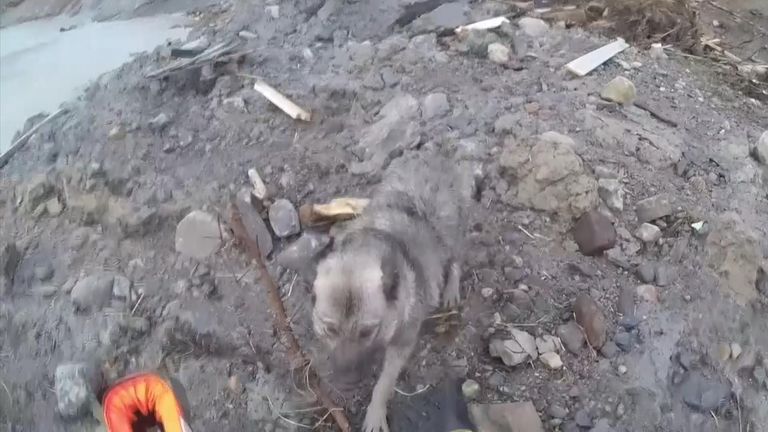 However, a one-year-old dog called Raija was swept out to sea during the landslide.

The plucky elkhound, Norway’s national dog, used for hunting moose and bears, managed to swim ashore and was lifted to safety by a military helicopter.

Helmet footage from the Norwegian Air Force showed Raija having a harness placed on her and being calmly airlifted as she gets a pat on the head by her rescuer.

“The dog was swept into the sea but managed to swim ashore and survived,” said Mr Halvari.