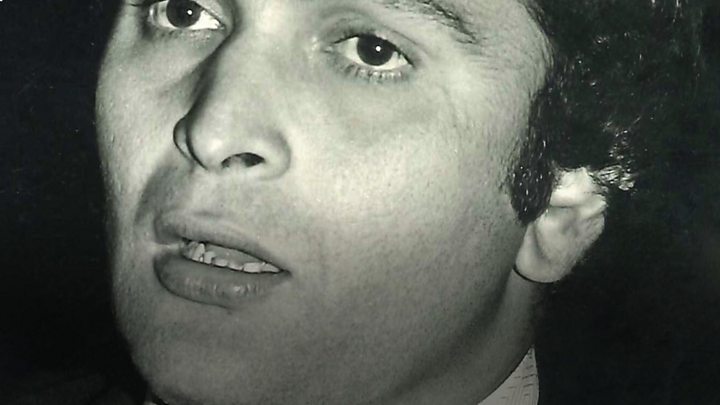 Rishi Kapoor was one of the most popular romantic heroes of Bollywood.

He came from an illustrious family of four generations of stars who were “born to act”, according to a biographer of the family.

The Kapoor family hailed from Peshawar in modern-day Pakistan, and migrated to India after Partition in 1947.

Rishi Kapoor’s grandfather ran a prominent theatre company. His father Raj Kapoor was regarded as one of the greatest actors and directors in Bollywood. He was also called the “showman of Indian cinema”.

Rishi Kapoor – or Chintu (“sweet one”) as his family called him – was “forever youthful”.

He played a child sleeping on a cot in one of his grandfather’s plays. As a four-year-old, he appeared briefly in a romantic rain-drenched song sequence in his father’s film Shree 420.

Rishi Kapoor debuted as a child actor in 1970 in Mera Naam Joker, a film about the life of a clown and his romances.

The film, directed by his father and produced by the family’s studio in Bombay (now Mumbai), flopped at the box office, but over time became one of the most-watched Indian films.

“When the film was being cast, I was in school. My father asked my mother if I was available to play the role. When I heard this I was so thrilled I ran into my room and started practising my autograph,” he told an interviewer later.

In 1973, the then 20-year-old actor was drafted as the main lead in Bobby, a film made by his father.

Bobby was a sensational hit. At a time when Indian heroes were playing angry young men or tragic heroes, Kapoor’s youthful vivacity and his on-screen chemistry with the debutant heroine, Dimple Kapadia, enthralled the audience.

Bobby was one of the most commercially successful films of the 1970s and was extremely popular in the erstwhile Soviet Union. Girls wrote letters in blood to Kapoor; mobbed him and sported Bobby T-shirts.

The New York Times explained why the film was a success: “Two new stars, musical numbers when the story lags, a touch of socialism, an obvious appeal to younger audiences, some sexy scenes, violence and three hours of extravagant escapism.

“The accent on youth is relatively new to Indian movies, whose performers are often older than the characters they portray,” the newspaper’s critic added.

“Before Bobby, Indian cinema was about men and women, but after Bobby, it became about boys and girls,” Bollywood superstar Shah Rukh Khan said in an interview

Working in more than 100 films, Rishi Kapoor had the longest run in Bollywood as a romantic lead from the 1970s to the late 1990s. Film journalist Dinesh Raheja found him a “male kitsch fashion plate of the 70s”.

“There is an image of me from the 1970s or 80s as a romantic star, a jersey-clad, tune-humming, cocky Casanova, with a guitar in one hand and a girl in another,” Kapoor wrote in his biography.

He later said life changed for him after Bobby. “I became a huge star and my attitude transformed into one of brash arrogance.”

He married actress Neetu Singh with whom he acted in a bunch of breezy romances. Their son Ranbir Kapoor is now one of Bollywood’s top reigning stars.

In his middle age, Kapoor reinvented himself, playing the roles of avuncular and quirky patriarchs, gangsters and cameos in slapstick comedies.

“I am having more fun now than in the first 25 years of my career. I used to be the leading man, singing songs and wooing leading ladies, dancing and running around trees,” Kapoor told an interviewer in 2012.

“Now I am enjoying myself. I am experimenting with roles and discovering the actor within me.”

A fan of Dustin Hoffman, he once bought a ticket and booked a Rolls Royce to go and watch the Hollywood actor playing Shylock in The Merchant of Venice at London’s West End.

He met Hoffman backstage after the play. And then something happened which embarrassed him.

“When Hoffman was leaving, I saw him call for his Ford Escort. I was so embarrassed, I thought to myself, he is Dustin Hoffman and he is travelling in a Ford Escort. And I am an upstart with not half as many achievements to my name and I arrived in a Rolls Royce. Believe me, I was ashamed of my vanity that night,” Kapoor said.

Details of his larger-than-life personality off-screen appeared regularly in the tabloids and social media. He had his famous “Kapoor family” weakness for fine whisky and good food.

With 3.5 million followers, Kapoor was prolific on Twitter, often making controversial remarks and sparring with trolls. There were protests when he criticised the Gandhi family – who lead the Congress party, now India’s main opposition – decrying their “dynastic politics”.

Kapoor was known for his candour.

“I am still a student of cinema,” he once said. “I am not qualified to do anything else. I am not a well-educated man. I barely got out of school. So its really luck that has carried me this far.

“I want to be remembered as an actor who did his job with utmost sincerity.”