MANILA (Reuters) – A U.S. Marine convicted of killing a transgender woman in the Philippines nearly six years ago will remain in prison while the victim’s lawyer seeks to overturn a court ruling granting him an early release, a presidential spokesman said on Thursday. 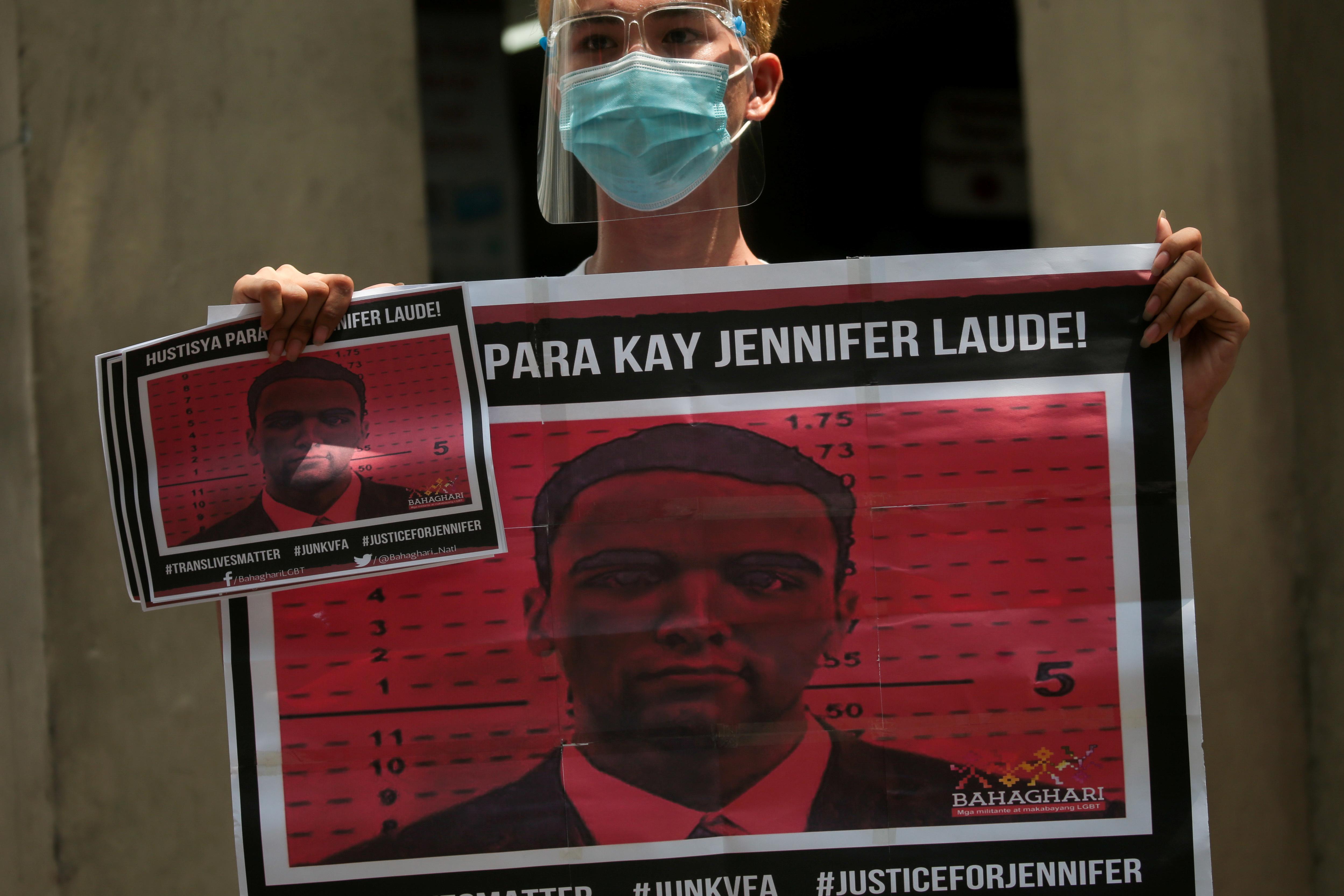 On Wednesday, the Olongapo trial court has ordered the freeing of Lance Corporal Joseph Scott Pemberton, sent to prison in 2015 for killing Jennifer Laude, saying he was eligible for early release from a six- to 10-year sentence under the government’s good behaviour programme.

Harry Roque, a spokesman for President Rodrigo Duterte who served as lawyer in the prosecution of Pemberton, told a media briefing Philippine prison officials will not process his release until the local court decides on an appeal filed by the victim’s lawyer questioning the early release on Wednesday.

The court’s release order has revived old tensions over the role of U.S. military in the country, with Roque joining human rights activists in slamming the decision.

Pemberton has so far served less than six years after being convicted of killing Laude in a hotel in Olongapo in 2014, outside a former U.S. navy base northwest of the capital. The killing stirred heated debate in the country over the U.S. military presence in its former colony.

Pemberton has been detained at a military jail.

Roque said on Wednesday “Laude’s death personifies the death of Philippine sovereignty”, adding “despite the President’s independent foreign policy, Americans continue to have the status of conquering colonials in our country.”

Human rights activists on Thursday slammed what they called “a travesty of justice” after the court ruling.

“We feel this decision indicates that there is double standard of justice in the Philippines,” Cristina Palabay, Secretary General of human rights group Karapatan, told Reuters. “This goes to show how favoured still U.S. interests are in the country.”

The U.S. military formerly had two huge military bases in the Philippines but was evicted from them in 1992 before the two countries revived close ties from 2000 with war games, frequent diplomatic visits and cooperation against communist and Muslim insurgents.

But the relationship has soured under Duterte, who says the U.S. military presence makes his country a target for conflict, especially if tensions escalate between the Washington and Beijing in the South China Sea.