VATICAN CITY (Reuters) – Pope Francis on Sunday backed a call by United Nations Secretary-General Antonio Guterres for a global ceasefire so the world can focus on fighting the coronavirus pandemic. 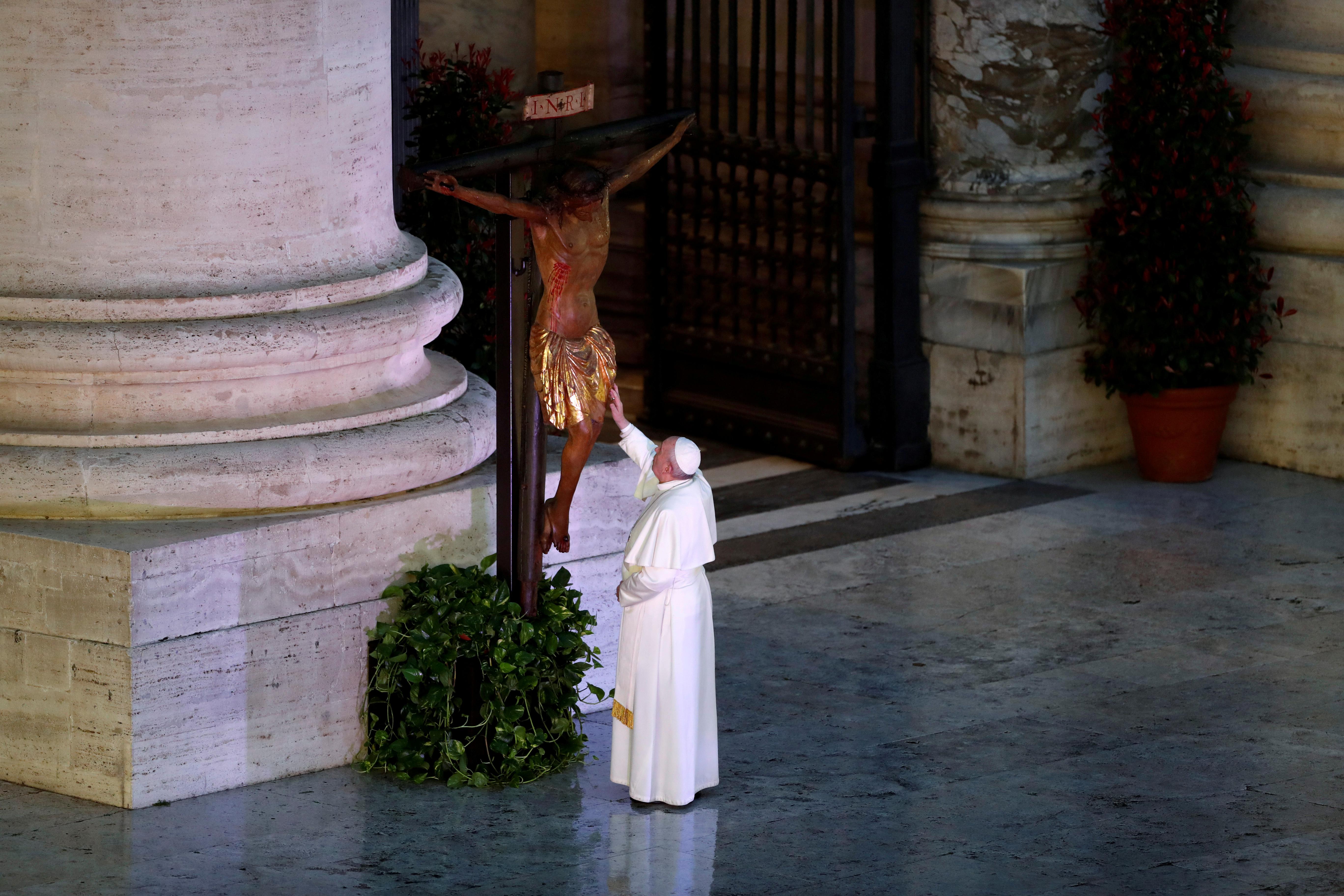 Speaking at his weekly blessing, delivered from the official papal library instead of St. Peter’s Square because of the lockdown in Italy, Francis specifically mentioned the appeal Guterres made in a virtual news conference on Monday.

Saying the disease knows no borders, Francis appealed to everyone to “stop every form of bellicose hostility and to favor the creation of corridors for humanitarian help, diplomatic efforts and attention to those who find themselves in situations of great vulnerability”.

More than 662,700 people have been infected by the novel coronavirus across the world and 30,751 have died, according to a Reuters tally.

About a third of the deaths have been in Italy, where the toll passed 10,000 on Saturday, a figure that made an extension of a national lockdown almost certain.

Confirmed cases in Italy stood at 92,472, the second-highest number of cases in the world behind the United States.

The Vatican, a 108-acre city-state surrounded by Rome, has had six confirmed cases and on Saturday spokesman Matteo Bruni said tests were carried out after a priest who lives in the papal residence tested positive.

Bruni said the pope and his closest aides did not have the disease.

The social effects of the pandemic have drawn comparisons with painful periods such as World War Two, the 2008 financial crisis and the 1918 Spanish flu outbreak which killed an estimated 50 million people worldwide.

The United Nations has been trying to mediate an end to conflicts in countries including Syria, Yemen and Libya, while also providing humanitarian assistance to millions of civilians.

Guterres warned that in war-torn countries health systems have collapsed and the small number of health professionals left were often targeted in the fighting.

In his Sunday address, Francis also appealed to authorities to be sensitive to the particular problem coronavirus poses in prisons around the world, many of them overcrowded.

He said the prison situation “could become a tragedy”.

Prisoners have rioted in a number of countries, including Italy, where at least six inmates died earlier this month. Prisoners rioted at a jail in northeastern Thailand on Sunday.

Several countries, including Germany, Sudan and Iran, have released inmates in order to reduce the strain on their prison systems.