WARSAW (Reuters) – Poles took to social media and their cars on Tuesday to oppose proposals set to be discussed in parliament this week to limit abortion rights and to criminalise sex education in conservative Poland. 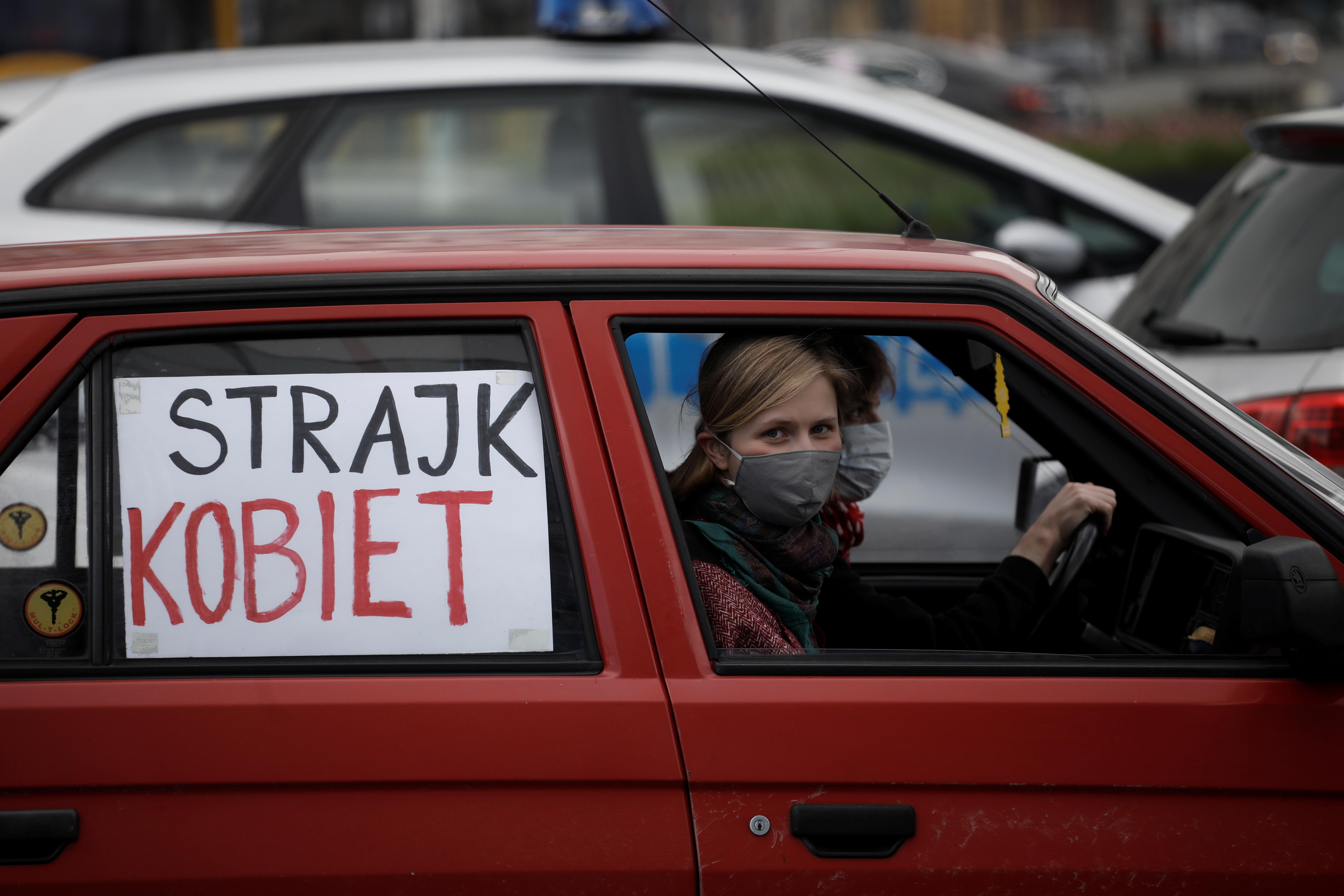 As restrictions on movement to contain the novel coronavirus prevented street gatherings, protesters driving in their cars blocked off one of Warsaw’s main roundabouts, Rondo Dmowskiego.

They honked their horns and held up signs in their car windows, footage on social media seen by Reuters showed.

Polish women’s rights groups also called for Poles to protest on their balconies, in shopping queues and by putting posters in their windows.

Abortion rights are a contentious issue in Poland, with the conservative ruling Law and Justice (PiS) keen to curb the nation’s already restricted access further, despite significant public opposition.

Parliament is set to decide later this week whether to debate a proposal submitted for its consideration by anti-abortion activists. It is unclear whether the PiS, which controls the legislature, will back it, however.

The party, which campaigns on introducing more religious values into public life, has previously retreated from proposals to nearly ban abortion after a massive public outcry.

Campaigners say it would face renewed criticism if it pushed through legislation when restrictions on public life because of the coronavirus pandemic prohibit large-scale demonstrations.

“The chaos and anxiety surrounding COVID-19 shouldn’t be used as a distraction from harmful attempts to push through dangerous legislation,” Hillary Margolis, senior women’s rights researcher at Human Rights Watch, one of the world’s largest human rights groupings, said on Tuesday.

“The Polish government’s focus during the pandemic should be to protect people’s health and rights, not diminish them.”

For the PiS, a tough stance against abortion could bolster its support among the conservative electorate ahead of a presidential election scheduled for May 10. Its incumbent, Andrzej Duda, is leading in opinion polls.

Under current rules, abortion is allowed in Poland in the case of rape, incest and risks to maternal health or if prenatal tests show serious, irreversible damage to the foetus.

The new proposal would eliminate foetal health as an exception, which accounts for the vast majority of legal abortions conducted in Poland.

“I believe that killing disabled children is simply murder,” Duda, a PiS ally, told Catholic news outlet Niedziela, earlier this month when asked about the proposal. “If legislation about this crosses my desk, I will certainly sign it into law,” he said.

The abortion imitative, alongside a proposal to criminalise sex education in schools, was submitted during parliament’s previous term, before the October 2015 general election, which the PiS won. It must be reviewed by May, according to parliamentary rules. 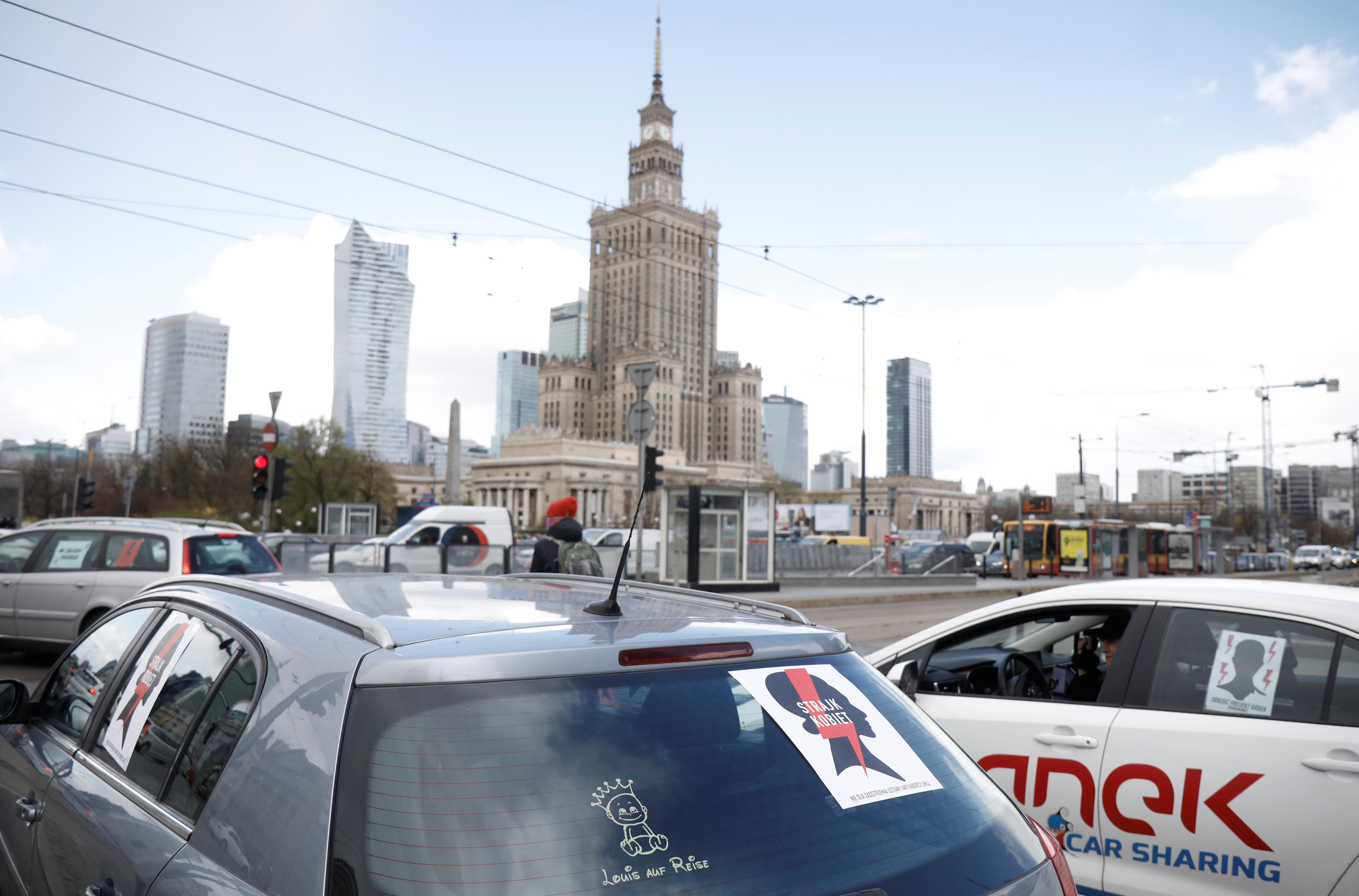 The Council of Europe’s Commissioner for Human Rights Dunja Mijatovic on Tuesday also urged parliament to reject the two bills, saying they could restrict women’s rights to safe and legal abortions and children’s rights to sex education.

A spokesman as well as PiS members of parliament contacted by Reuters did not respond to requests for comment.

#RatujmyKobiety, which translates as #Rescue Women, was one of the trending hashtags on Twitter in Poland on Tuesday.