Natalia Gavrilița says 'nobody is safe' due to Russian annexation

Nagorno-Karaback is located in the southern Caucasus and is internationally recognised as being a part of Azerbaijan. However, the territory was effectively seized by Armenian proxies after the fall of the Soviet Union and has been the source of a bitter dispute between the two countries ever since. Azerbaijan launched a major military offensive in September 2020 and succeeded in claiming back most of the territory.

A peace deal was brokered by Moscow and signed in November 2020 by all parties.

Russian soldiers have been stationed in the region acting as neutral observers to ensure that no further fighting breaks out.

But in a potentially explosive incident last Wednesday, Russian peacekeepers were found trying to smuggle weapons across an Azeri military checkpoint, as they made their way to Martakert from Adam.

A Russian convoy consisting of an armoured personnel carrier and three Ural military vehicles was stopped for a routine check.

Azeri soldiers then discovered at least five Kalashnikov rifles between sleeping mats in the cargo compartment of one of the vehicles.

The discovery represents a flagrant breach of the regulations involving the shipment of weapons and ammunition and has increased suspicions that Moscow is surreptitiously trying to rearm the Armenians and siding with Yerevan. 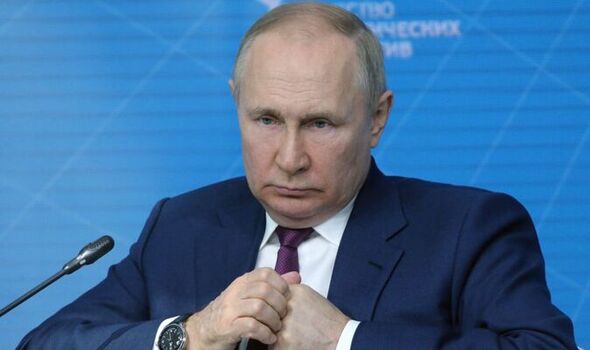 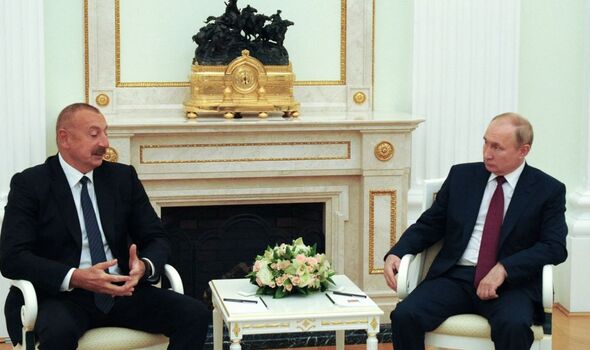 Those suspicions were provided with extra fuel after Russian peacekeepers failed to intervene to stop Armenian armed forces from constructing combat positions in an area still under their control in Nagorno-Karabach.

Armenian troops are reported to be carrying out engineering, technical, and construction work in Shushakend village in the Khojaly region.

The Azeris say this is unlawful, but Russian troops have done nothing to stop the illegal activities.

Tensions have been growing between Russian and Azerbaijan over Nagorno-Karabach for months.

The Kremlin accused Azerbaijan in March of violating the ceasefire agreement by entering the Russian peacekeeping mission’s zone in the disputed region. 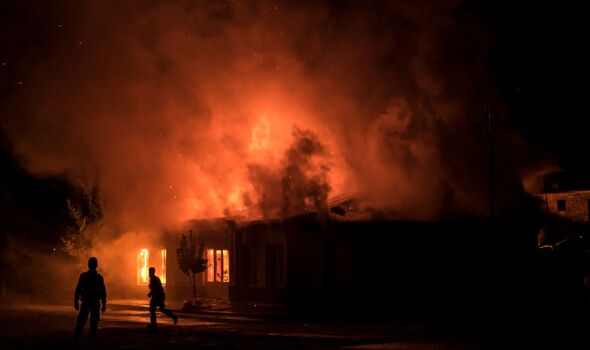 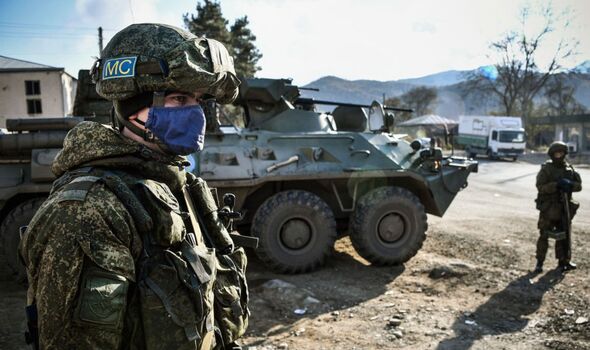 At the time, the Russian Defence Ministry said: “An appeal has been sent to the Azerbaijani side to withdraw its troops.

“The command of the Russian peacekeeping contingent is taking measures to resolve the situation.”

Meanwhile, a leading Azeri political commentator has warned that Russia is preparing sabotage groups against Azerbaijan and has sent groups to Iran for special training.

Arastun Orujlu, a director at the East-West Center think tank, also alleged that Russia was building military bases in Armenia close to the border with Azerbaijan. 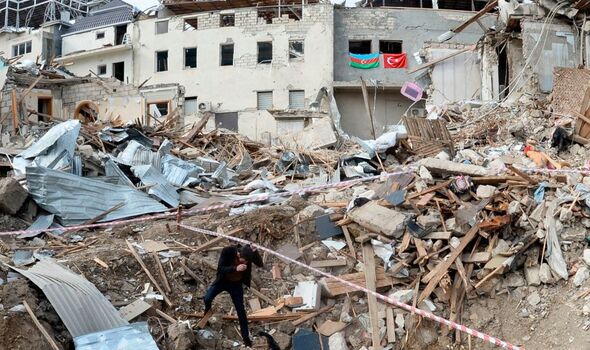 He told the astna.biz website: “In a word, the situation is moving in the direction of military confrontation.

“There is such a threat, but this does not mean that there will necessarily be a war.

“Russia is building military bases in Armenia near the borders of Azerbaijan.

“In particular, activation is observed in Kalbajar, such a sensitive point as Tovuz, which is the shortest distance to communications passing through the territory of Azerbaijan. Kalbajar, Terter direction again became a target.

“Under these conditions, of course, one must be prepared for war.”