The UK is providing military support to Ukraine including ammunition and heavy artillery, and just yesterday it announced that Britain will gift another set of multiple launch rocket systems to enable the country to strike back at Putin’s army. On Tuesday, multiple explosions occurred at the Russian-operated Saky military airfield in western Crimea.

The explosions suggested Ukraine may have new long-range strike capability with the potential to change the course of the war, according to Western military experts.

Ukraine has not publicly claimed responsibility for the attack.

Russia said the explosions at the base were accidental and announced that one person was killed and five were injured in the blasts.

The UK MoD said in its latest intelligence update: “The original cause of the blasts is unclear, but the large mushroom clouds visible in eyewitness video were almost certainly from the detonation of up to four uncovered munition storage areas.” 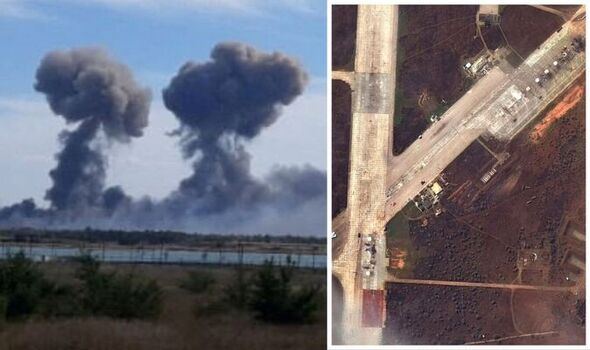 According to the update, the attacks achieved to completely destroy, or seriously damage eight combat jets.

However, Russia denied that any aircraft were damaged. 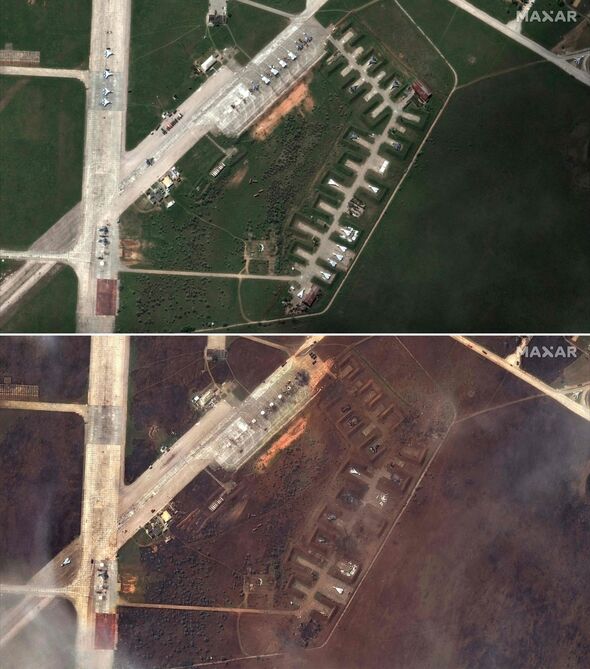 Damage to the Saky base is critical for military operations since that was primarily used as a base for the aircraft of the Russian Navy’s Black Sea Fleet.

The UK MoD said that after the strike, the Russian fleet’s naval aviation capability is now “significantly degraded”.

They added that the incident will likely prompt the Russian military to revise its threat perception since Crimea has probably been seen so far as a secure rear-area.

However, it was noted in the update that the loss of the eight combat jets represents only a “minor proportion” of the overall fleet of aircraft Russia has available to support the war. 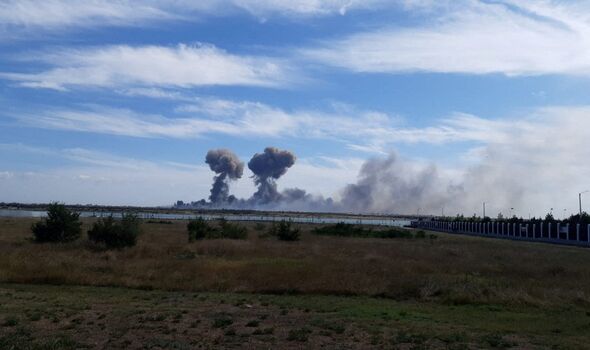 Russia, which seized and annexed Crimea in 2014, uses the peninsula as the base for its Black Sea fleet and as the main supply route for its invasion forces occupying southern Ukraine, where Kyiv is planning a counter-offensive in coming weeks.

The Institute for the Study of War said Ukrainian officials were framing the Crimea strike as the start of Ukraine’s counter-offensive in the south, suggesting intense fighting in August and September that could decide the outcome of the next phase of the war.

Exactly how the attack was carried out remains a mystery but the near-identical impact craters and simultaneous explosions appear to indicate it was hit by a volley of weapons capable of evading Russian defences.

The base is well beyond the range of advanced rockets that Western countries acknowledge sending to Ukraine so far, though within range of more powerful versions Kyiv has sought. Ukraine also has anti-ship missiles which could theoretically be used to hit targets on land.