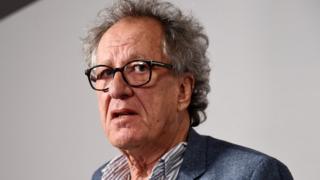 An Australian newspaper has lost its appeal against a record defamation payout awarded to actor Geoffrey Rush.

The publisher lost its appeal against the judgement and the size of payout.

Lawyers for Nationwide News had argued the payout – the largest ever awarded to a single person in Australia – was “manifestly excessive”.

But three Federal Court judges ruled the sum was “appropriate high” given the “extremely serious” allegations and the harm caused to Mr Rush’s reputation.

It alleged Mr Rush had acted inappropriately towards a co-star, later revealed to be actress Eryn Jean Norvill.

The Federal Court agreed with the original trial judge’s assessment that Ms Norvill – who gave evidence for the newspaper at the trial – was an unreliable witness and “prone to exaggeration”.

In doing so, it rejected the publisher’s arguments that the story should be exempt from a defamation finding because the allegations were “substantially true”.

It also dismissed an argument that the judge had been wrong not to allow evidence of another actress who came forward with allegations about Mr Rush.

The actress, Yael Stone, has accused Mr Rush of acting inappropriately towards her – allegations he denies.

Nationwide News was ordered to pay Mr Rush A$850,000 for general and aggravated damages, more than A$1m for past economic losses, A$919,678 in future economic losses and A$43,000 in interest.

This and other high-profile defamation cases have also sparked wider debate about Australia’s tough defamation laws.

Australia puts the legal onus on a person making allegations to prove that they are true. This is different to the US, for example, where the onus is on the accused person to prove an allegation was made with malice.

Critics have argued Australia’s laws have a “silencing effect” on media companies to publish stories which may be in the public interest.