Russia: At least two people killed in gas explosion at block of flats

At least two people have been killed in a gas explosion at a block of flats near Moscow.

There were at least nine more people injured, including two children, in the blast in a nine-storey building in Noginsk, about 30 miles (48km) east of the Russian capital, according to the state-run RIA Novosti news agency.

Local authorities evacuated around 170 people from the building, which sustained most of its damage on the four lower floors where rescue workers discovered collapsed walls, with the upper five floors intact. 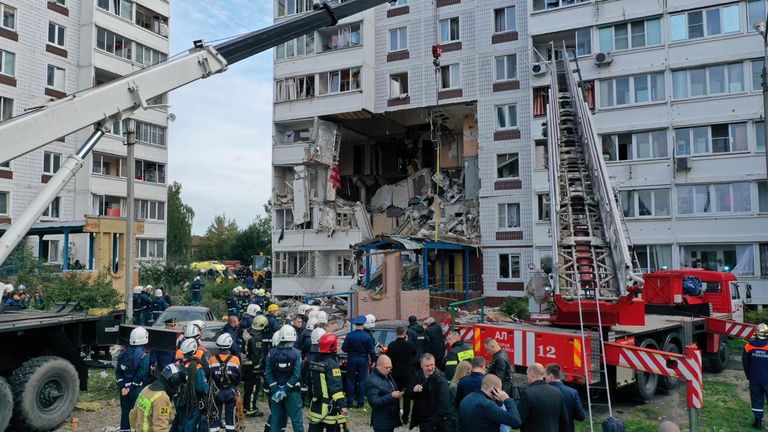 About 30 flats were damaged.

Video footage showed large holes in the outer walls of the building and debris strewn on the ground.

There may be three more people under the rubble, according to emergency services quoted in Russian media outlets.

The Moscow region’s branch of Russia’s investigative committee said a man and a woman were killed.

A criminal investigation has been launched, as is the case in similar incidents. The governor of the Moscow region, Andrei Vorobyov, went to visit the site of the blast.

Gas explosions are not uncommon in Russian residential buildings, many of which were constructed during the Soviet era and have poor safety regulations over gas use. 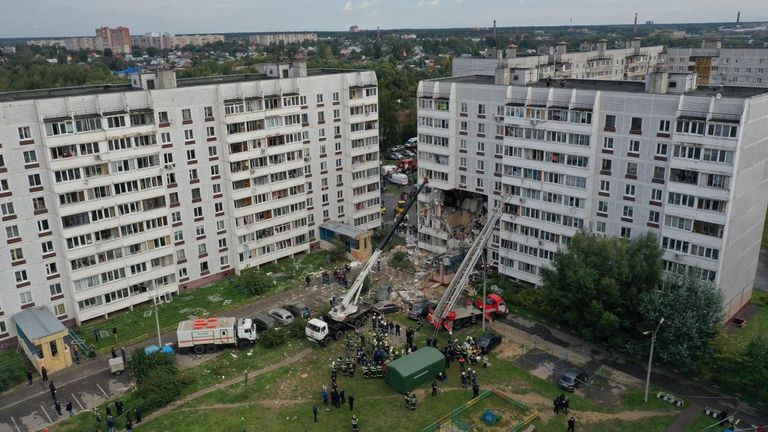 A blast in 2019 killed 37 people in the city of Magnitogorsk, where part of a 10-storey building collapsed.

Last April, a similar explosion killed at least one person and injured another four in the town of Orekhovo-Zuyevo, about 50 miles (80km) east of Moscow, destroying several floors of a building housing 80 flats.