In footage released on social media, five Russian armoured vehicles can be seen desperately scrambling for cover as Ukraine’s 45th Brigade launched a devastating drone strike. The soldiers are caught unaware as the first missile lands near one of the vehicles before several successful strikes wipe out multiple targets. The attack was geolocated to the small village of Mala Komushuvakha south of the city of Kharkiv near the front line.

Russia has relaunched offensives in the east of Ukraine in what local officials believe is a distraction tactic aimed at diverting Ukrainian forces away from the main battlefield.

Ukrainian Presidential Adviser Oleksiy Arestovych said he believed fighting in and around the east, away from areas such as Kharkiv, would not “determine the outcome of the war”.

He said: “The idea is to put military pressure on us in Kharkiv, Donetsk and Luhansk over the next few weeks…What is happening in the east is not what will determine the outcome of the war.”

It makes the drone strike just south of Kharkiv a particularly devastating blow for Russian forces as Ukraine continues to have success in the most pivotal areas of conflict, forcing Russia to try to maintain their offensive with a dwindling source of military equipment. 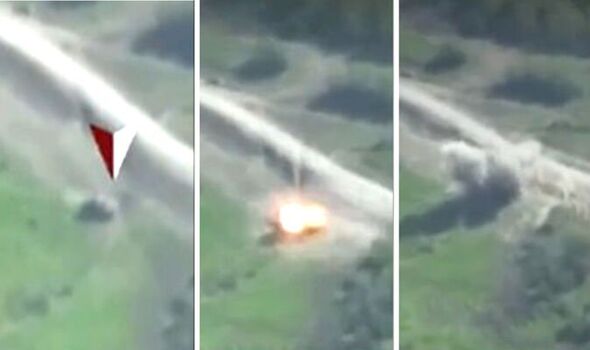 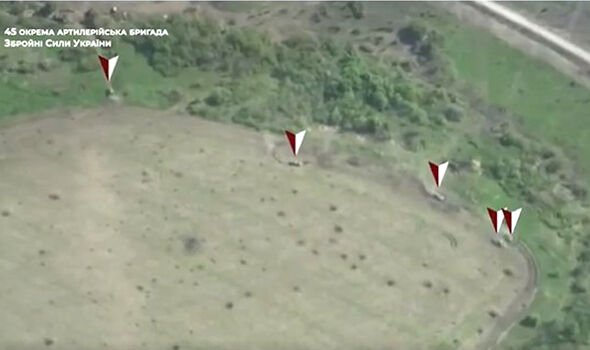 Russian tanks emblazoned with the letter ‘Z’ were spotted in Ukrainian territory just yesterday having been captured by the defending nation. It is believed they are to be repurposed for Ukrainian forces and used against Russian soldiers.

And Ukraine has put on display hundreds of destroyed Russian tanks and military vehicles in cities such as Kyiv as evidence of their success against Putin’s forces.

But elsewhere, Ukraine has admitted that Russia has achieved “partial success” in recent days, with President Volodymyr Zelensky describing the fighting in the Donbas region as “Hell”. He spoke of fierce fighting around the town of Avdiivka and the fortified village of Pisky.

The Ukrainian military said on Thursday Russian forces had mounted at least two assaults on Pisky but that its troops had managed to repel them. 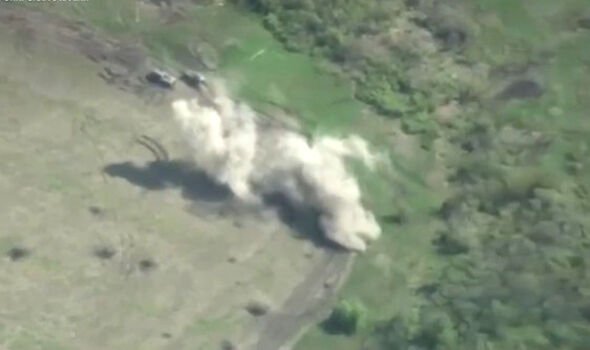 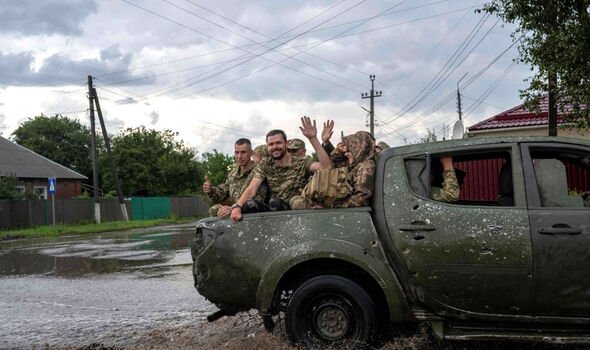 Ukraine has spent the last eight years fortifying defensive positions in Pisky, viewing it as a buffer zone against Russian-backed forces who control the city of Donetsk about 10 km (6 miles) to the southeast.

General Oleksiy Gromov told a news conference that Ukrainian forces had recaptured two villages around the eastern city of Sloviansk, but had been pushed back to the town of Avdiivka’s outskirts after being forced to abandon a coal mine regarded as a key defensive position.

And video footage released by the Russian defence ministry showed Russian rocket launchers in action and tanks advancing and firing at speed across open terrain. 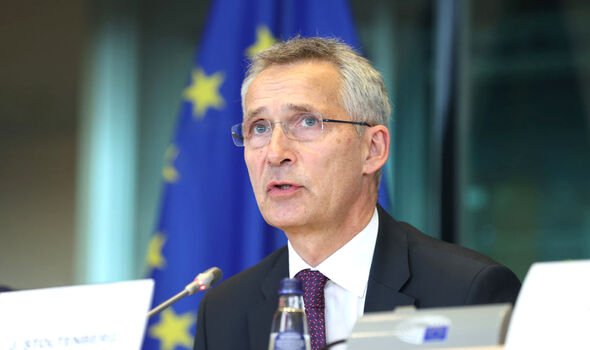 It comes as NATO Secretary-General Jens Stoltenberg said on Thursday the war had become the most dangerous moment for Europe since World War Two and that Russia must not be allowed to win it.

To prevent Moscow from succeeding, NATO and its member countries may have to support Ukraine with arms and other assistance for a long time to come, he said.

“It’s in our interest that this type of aggressive policy does not succeed,” Mr Stoltenberg said in a speech in his native Norway.

Amid fears among some politicians in the West that Russia’s ambitions may extend beyond Ukraine, Mr Stoltenberg warned Putin that the response to such a move from the Western military alliance would be overwhelming.

He said: “If President Putin even thinks of doing something similar to a NATO country as he has done to Georgia, Moldova or Ukraine, then all of NATO will be involved immediately.”