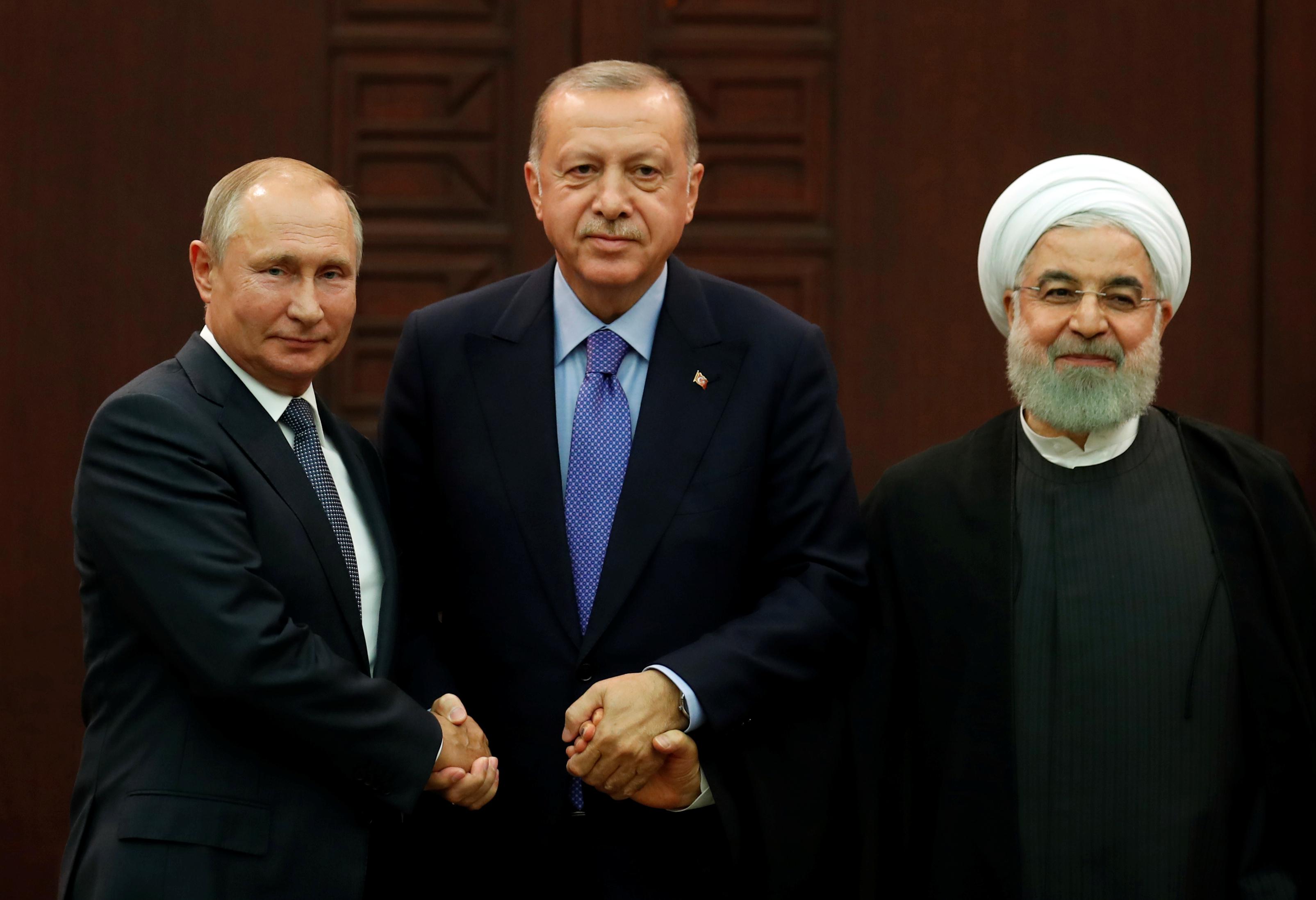 MOSCOW (Reuters) – The presidents of Russia, Iran and Turkey will hold a video conference on Wednesday to discuss the conflict in Syria, the Kremlin said on Tuesday.

In Syria’s nine-year war, Russia and Iran are the main foreign supporters of President Bashar al-Assad’s forces, while Turkey backs opposition fighters. Under a diplomatic process dating back to 2017, they agreed to work to de-escalate fighting.

Wednesday’s talks between Vladimir Putin, Hassan Rouhani and Tayyip Erdogan were scheduled for around 1100 GMT, the Kremlin said.

After an escalation of violence displaced nearly a million people, Turkey and Russia agreed in March to halt hostilities in northwest Syria’s Idlib region. This month military jets bombed villages in the rebel-held area.

Two weeks ago, Russia and Turkey postponed bilateral ministerial-level talks which were expected to focus on Syria and Libya, another country where they support opposing sides.