Shark panic: US coast guard opens fire at shark after it approaches dozens of swimmers

The incident occurred well off the US coast, when staff on board the US Coast Guard Cutter Kimball ship were relaxing with a swimming session. While over 30 of the ship’s staff were swimming in the water, personnel who remained on board spotted the shark just around 30 feet away.

An armed marksman who had remained on board specifically to keep watch for sharks then locked onto the marine animal and began shooting “at” and “on top” of it.

According to a social media post, staff aboard the ship “don’t think” the shark was injured despite the shooting. They claimed the animal “later joined a few smaller buddies that showed up and they swam off together.”

In addition, all staff in the water were able to get back aboard the ship afterwards, and no injuries were reported.

The coast guard ship said in a Facebook post the shark encounter was “one of the most amazing events many of us have ever experienced at sea.” 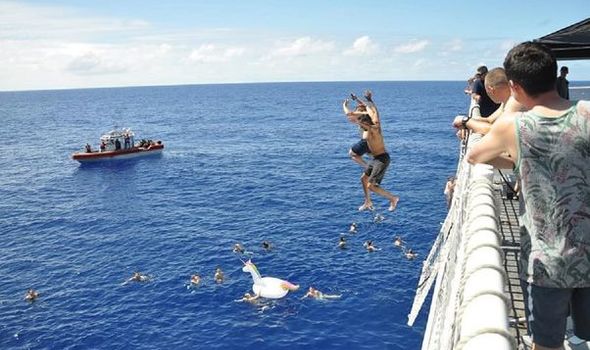 Footage of the incident shows dozens of swimmers floating in open water as bullets pepper the surface just feet away.

Ship staff added they had not been off the cutter for “weeks”, adding they were “at that point where every day feels like ‘Groundhog Day’ and were looking for something to break up the monotony.”

A ‘swim call’ procedure, involving a shark-watch marksman – identified as Maritime Enforcement Specialist 1st Class Samuel Cintron by CNN – extra, smaller boats and a rescue system were all put in place so staff could enjoy time off the main ship. 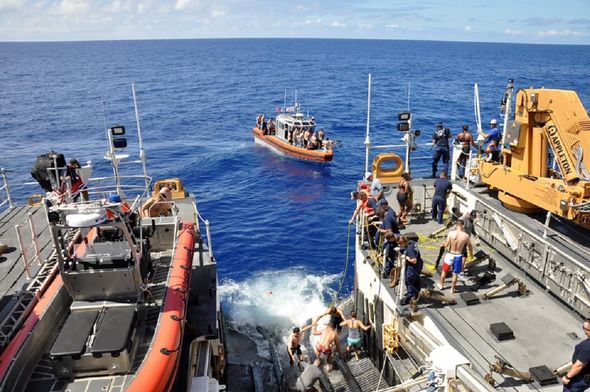 Staff said “everything was smiling and having fun” until personnel on the ship reported the shark sighting over radio.

The following scene was described as “right out of a Hollywood movie” as swimmers attempted to get to safety.

Some swam to a smaller boat that had been put in place while others latched on to the stern of the main ship. 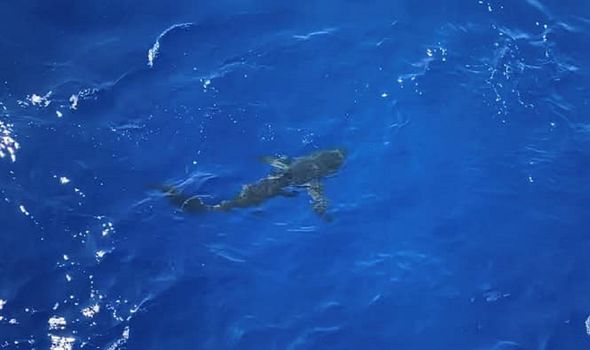 ‘ME1 Cintron’ began shooting at and near the shark, which appeared to initially be warded off by the gunfire before returning multiple times.

The coast guard ship said: “ME1 Cintron fired a well-aimed burst right at/on top of the shark to protect shipmates just feet away.

“It turned away for a few seconds then turned back. We kept directing people out of the water while keeping a clear line of sight on the shark.

“ME1 fired bursts as needed to keep the shark from his shipmates with amazing accuracy. The shark would wave off with each burst but kept coming back toward our shipmates.” 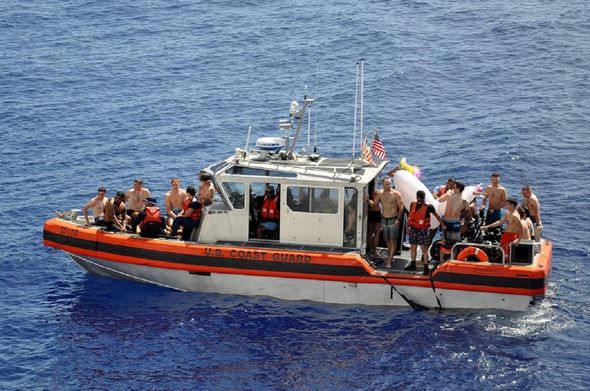 Staff said the shark was “most likely curious and not looking for a meal,” and added: “Our goal was to keep it away from shipmates, not harm it if possible.”

It is thought the shark was a Long-Fin Mako or Pelagic Thresher Shark, which the coast guard described as “not something to mess with”.

According to the International Shark Attack File, there have been no confirmed attacks on a human by a Long-Fin Mako, although little is known about it.

Related News:
Business News:
Stock market news live updates: Stock futures point to a higher open ahead of Yellen testimony
51-storey skyscraper in S'pore CBD to be completed in second half of the year
Logitech lifts annual forecasts for third time as quarterly profit soars
China's economy picks up speed in fourth quarter, ends 2020 in solid shape after COVID-19 shock
SEMrush Explores the Purpose of Branded Products for Employees
Recent Posts
This website uses cookies to improve your user experience and to provide you with advertisements that are relevant to your interests. By continuing to browse the site you are agreeing to our use of cookies.Ok