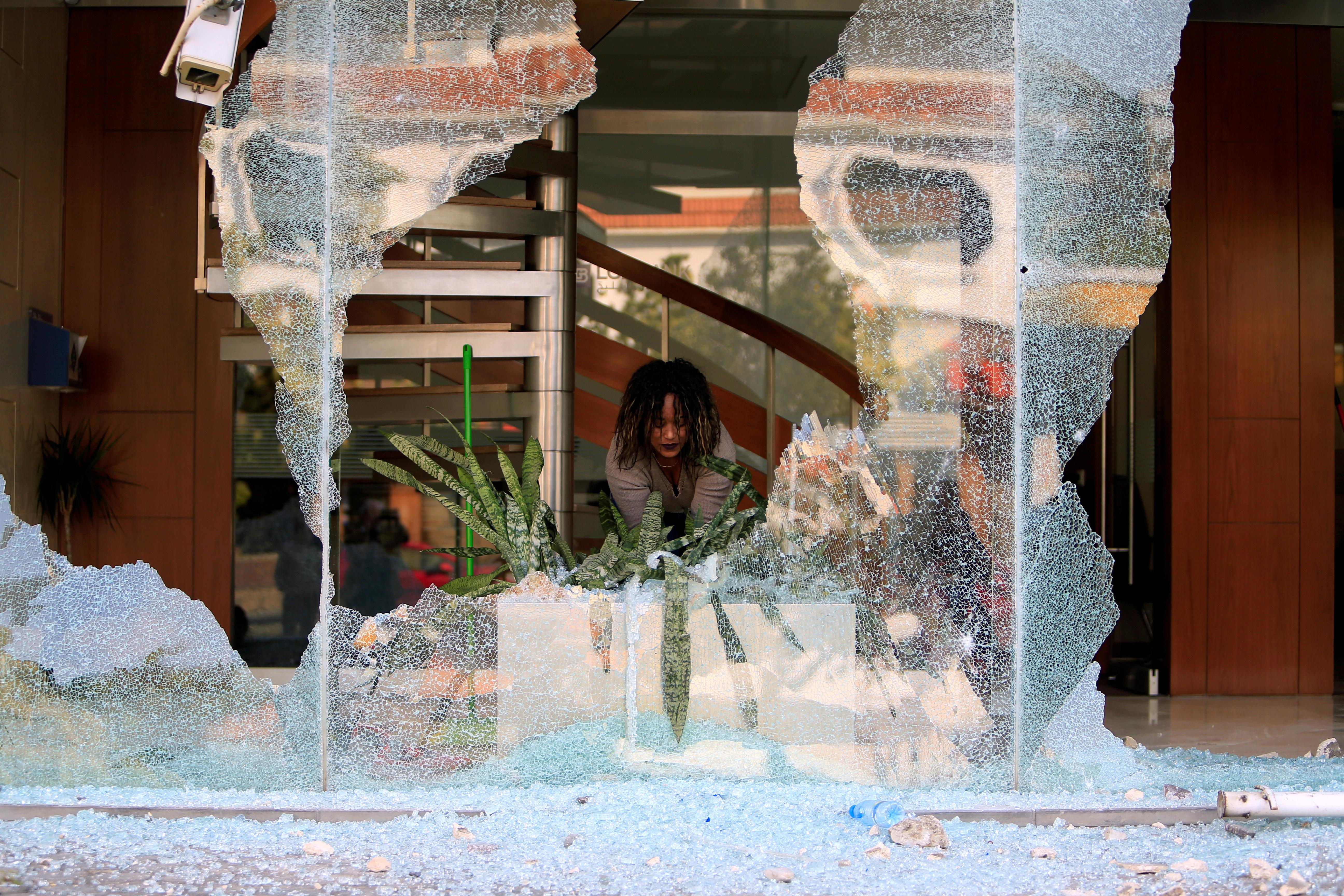 Lebanon is in the throes of a deep economic crisis that has seen its currency lose more than half its value since October, soaring inflation, and spiraling unemployment.

In the northern city of Tripoli protesters lobbed fireworks and stones at soldiers who pushed them back with rubber bullets. In the southern city of Sidon demonstrators set a central bank building ablaze with petrol bombs for a second night.

The latest wave of unrest comes after a plunge in the value of the pound currency last week that has threatened to further hike prices in the import-dependent country.

Banks that have locked savers out of their U.S. dollar accounts in a bid to preserve scarce hard currency have been primary targets in recent days, with bank fronts burned and ATMs smashed in several cities.

The unrest comes as Beirut is on the verge of finalizing an economic rescue plan that will form the basis of negotiations with foreign bondholders after defaulting on its debt last month in a bid to preserve cash for vital imports.