Savage easterly winds from Russia and the Baltic are set to leave parts of the country under eight inches of snow by Friday.

Freezing -12C winds could keep the UK freezing through the rest of the month and into February amid warnings it will be spring before the chill loosens its grip.

The Met Office are urging people to stay “#WeatherAware” in their latest tweet as further snowfall is expected for the UK.

The Met Office tweeted this afternoon: “Further wintry showers in the E & SE this evening, with risk of #ice forming.

“Meanwhile, a band of rain, sleet and #snow will arrive across NW Scotland”.

Snow forecast across the North East

A Met Office yellow weather warning is currently in place in the North East until 11am on Wednesday which predicts wintry showers turning into ice.

The weather warning states: “Wintry showers are likely to persist on Tuesday night, and as ground temperatures fall below freezing, ice is likely to form on untreated surfaces.

“Some wet snow may fall to low levels at times well inland but any settling will mostly be confined to high ground. 2-5 cm snow is likely above 250 metres, and perhaps up to 10 cm in a few places above 400 metres over the north Pennines.” 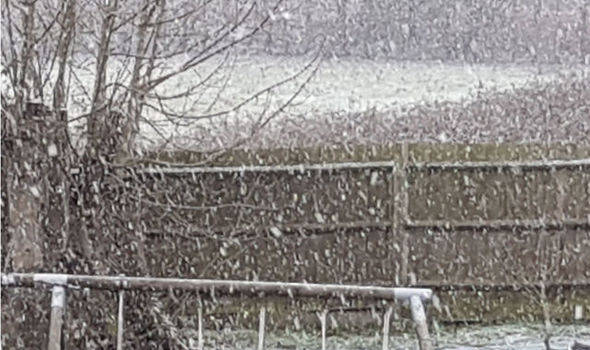 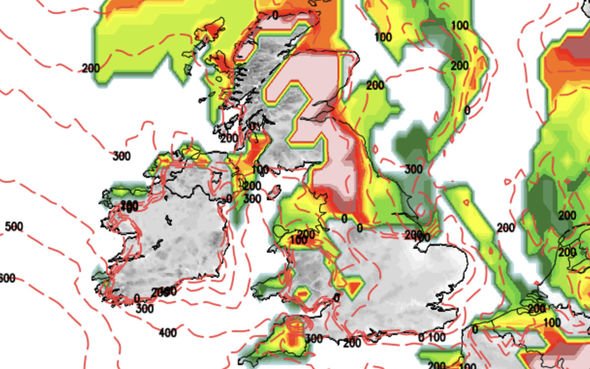 Some of the coldest air of the year so far is forecast to sweep Wales this week, leaving temperatures feeling as low as -7C at times.

The frigid air may also be accompanied by ice, snow and sleet in some locations, prompting the Met Office to issue a yellow weather warning for the whole of the country.

As cloud clears across Wales throughout the night on Wednesday, very low cold air will move in with temperatures widely below freezing for Thursday morning.

The south west coast of Wales will bear the brunt of the frigid air, with feels-like temperatures ranging from 0 to -7C. Meanwhile, the northern parts of Wales and the south west will be more seasonable at around 0 to -1C.

Snow is currently falling in Gloucestershire

Snow is falling in Gloucestershire with weather warnings issued for the region.

Snow returned to Gloucestershire with flurries seen in Prestbury, Bishop’s Cleeve, the Cotswolds, Cheltenham and Gloucester.

Footage of snow and sleet in parts of Cheltenham began to surface at about 9am and continued in and around the town.

There were then reports of light snow in Gloucester before the white stuff faded away.

Heavy snow is falling on Birmingham and the Black Country yet again after temperatures plummeted to a bone-chilling -3c overnight.