Two US Air Force B-1B Lancers from the 28th Bomb Wing flew a 32-hour round-trip sortie to conduct operations over the disputed waterway as part of a joint US Indo-Pacific Command and US Strategic Command Bomber Task Force mission.

A spokesman said the operation was carried out to reassure allies and partners the USAF had a persistent bomber presence in the region.

The USAF has been conducting missions above the South China Sea since 2014 as a demonstration of the US commitment to collective security.

The first missions involved B-52H Stratofortresses and B-2 Spirits traveling from the US to Joint Base Pearl-Harbor Hickam in April 2014. 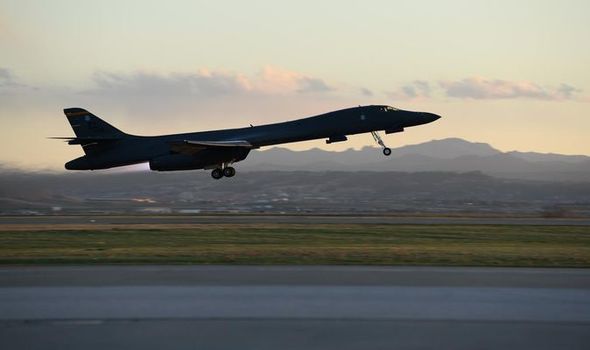 Tensions between China and the US and its allies have reached boiling point and the latest bomber sorties are sure to further fan the flames.

Washington and Beijing have clashed over the handling of the coronavirus pandemic with US Secretary of State Mike Pompeo accusing China of exploiting attention given the pandemic to “bully” its neighbours in the South China Sea.

The Lancer warplane mission came just a day after US Navy warship conducted a “freedom of navigation operation” aimed in part at challenging China’s claims in the South China Sea. 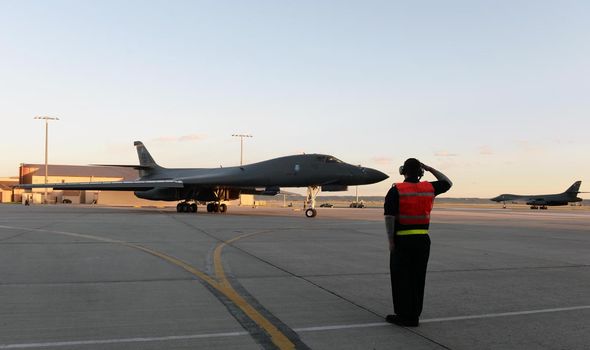 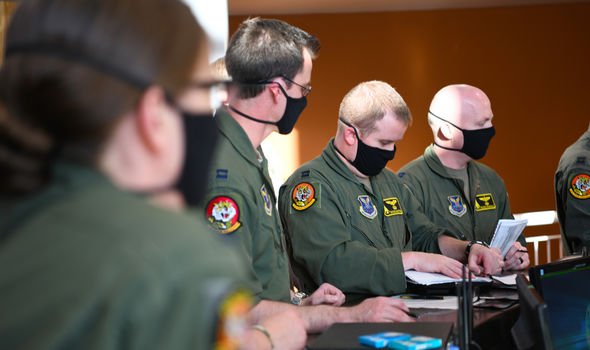 It was the second such operation in as many days near disputed islands that the US has accused Beijing of militarising.

The Spratlys, called the Nansha Islands by China, are in the southern portion of the 1.3 million square mile South China Sea.

While several countries have claims on the island chain, the US has long accused China of militarising the Spratly Islands by deploying anti-ship cruise missiles and long-range surface-to-air missiles to Chinese outposts there.

Cmdr Mommsen said: “This freedom of navigation operation upheld the rights, freedoms, and lawful uses of the sea recognized in international law by challenging the restrictions on innocent passage imposed by China, Vietnam, and Taiwan.” 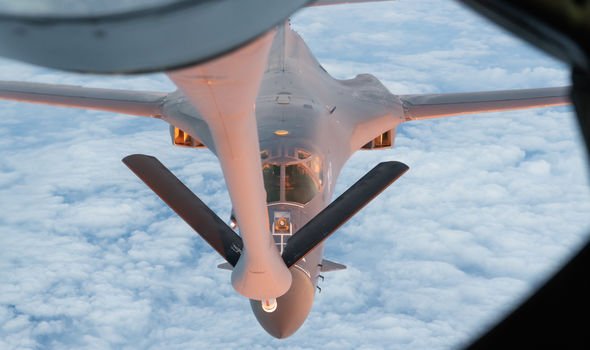 A day earlier, guided-missile destroyer USS Barry conducted a freedom of navigation mission near the Paracel Islands, which are called the Xisha Islands by China.

US freedom of navigation operations in the South China Sea are not rare, but they typically occur weeks or more apart.