MADRID (Reuters) – Spain reported another substantial increase in daily deaths from COVID-19 on Thursday, taking the overall toll to more than 19,000, but figures from the region of Catalonia suggest the true total could be several thousand higher. 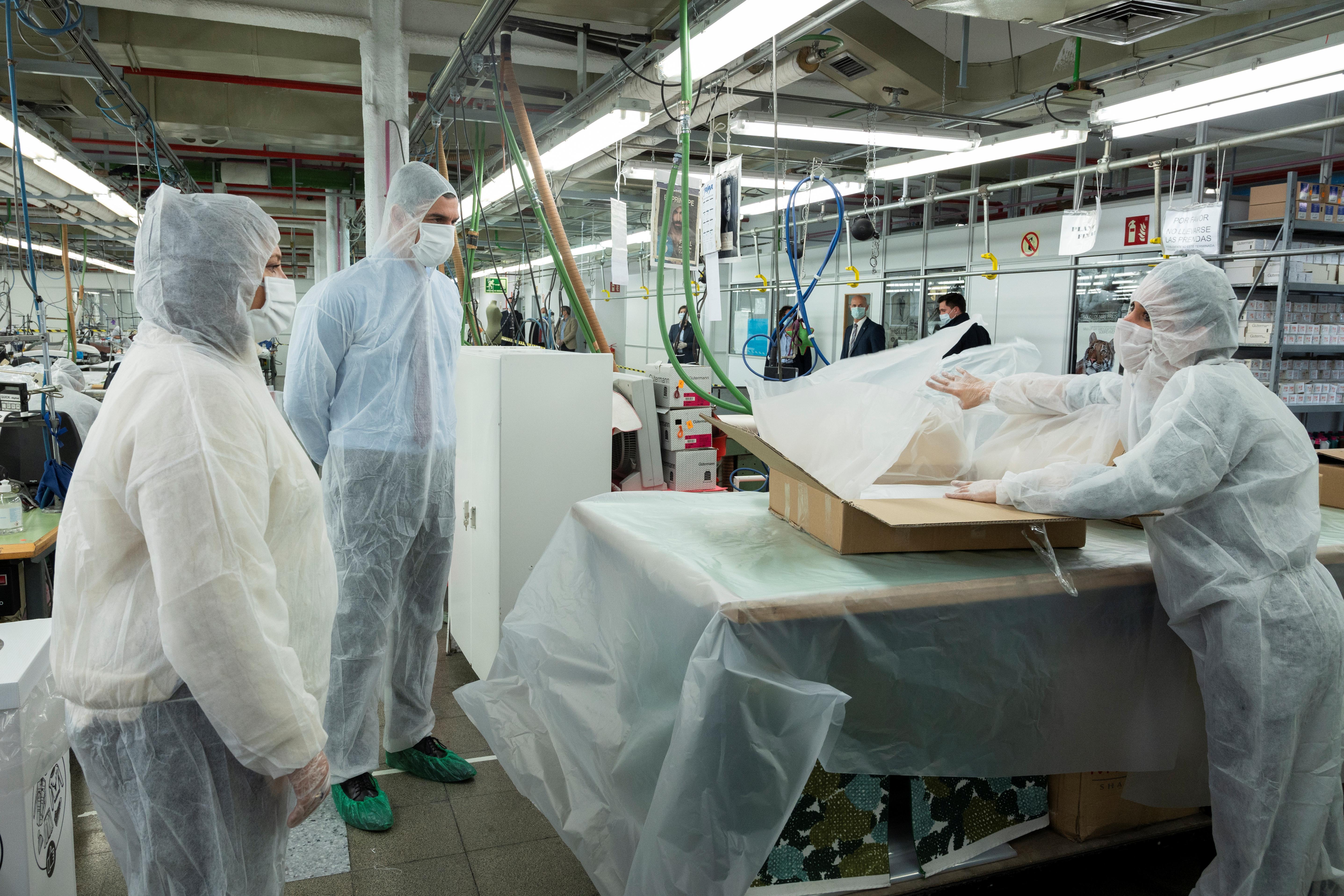 The overall number of those infected rose to 182,816 from 177,633 on Wednesday, an increase that health emergency chief Fernando Simon said was largely due to increased testing. Most of those newly identified had mild or no symptoms, he said.

Spain has been one of the countries worst hit by the global epidemic but has tentatively begun to ease a strict lockdown imposed on March 14, opening up some sectors of the economy, including manufacturing, earlier this week.

Yet despite signs that Spain is beginning to flatten the curve on infections and deaths, figures from Catalonia indicate that not all of those who have died have been captured in the national tallies.

The region’s health department announced late on Wednesday an additional 3,242 coronavirus deaths since the start of the pandemic, nearly doubling its previous tally for the region.

The increase was due to a methodology change, officials said, with data from funerary services on suspected and confirmed COVID-19 deaths in nursing homes and private homes included for the first time, whereas previously only confirmed coronavirus hospital deaths were being counted.

Simon said he was discussing the matter with health officials in Catalonia and emphasised that the national tally only took into account people diagnosed with coronavirus.

“If these new reported cases meet the criteria, we will have to consider them,” Simon said on Thursday.

Other Spanish regions are checking how many people have died in their nursing homes. If deaths are confirmed to have been caused by COVID-19 and the government accepts the data, it is possible the national tally would increase significantly.

As the government battles to return to some form of normalcy, officials said they were considering an optional summer education programme to allow children to catch up on lost school time.

Public pressure is mounting as Spain enters its second month of lockdown, with parents petitioning the government to let their children outside and clarify what will happen with school-curriculum losses caused by the outbreak.

“The school year ends in June, but there will be a summer program if health conditions allow,” Education Minister Isabel Celaa said. “A plan of school support so that children can be outdoors, exercising and learning.”

Health Minister Salvador Illa said his ministry was monitoring the epidemiological situation to decide when and how to let children outside.

“We know that confinement is a challenge for [children] and their families,” he said.

But petitioners are growing frustrated.

“These days ‘health’ is on everyone’s lips, but it seems we’ve forgotten about psychological health,” one campaigner, Gloria Gomez, wrote on Thursday on the change.org website, where a petition calling for children to be allowed out passed 54,000 signatures.

“Our children need fresh air more than anyone to ensure their physical and mental health.”