Weather models show the country under a blanket of scorching heat, with temperatures spiking at 40C at least three times over the next 10 days in central and southern parts. The prolonged humidity in Spain in July has been described as “hellish”, with August expected to be “sweltering.” Warnings have now been activated in 15 regions, with only two spared from intense heat – Asturias and Murcia. People in Spain will have been cooking under blistering heat since Sunday, July 31 – the day the third heatwave started.

But today is due to be the first day of the heat climax, with a whopping 40C due to be reached in the south west and north west of the country.

Areas not hitting those heights will still be recording highs of at least 36C to 38C amid the day’s peak times.

According to the State Meteorological Agency (Aemet), thermometers will exceed 40 degrees in the valleys of Guadalquivir, Guadiana and Tagus.

An orange warning, which predicts a significant risk to those taking part in outdoor activities – is in place for 15 provinces including Gran Canaria, Seville, and Jaen – two of which may actually top 42C today. 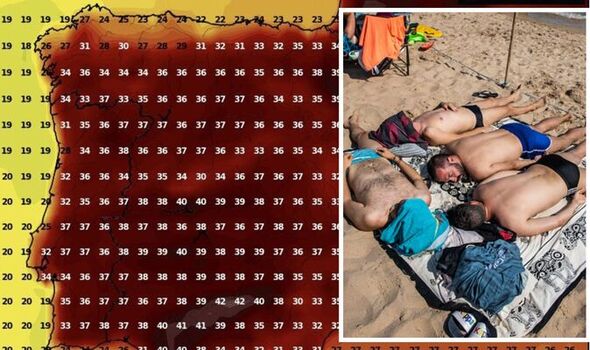 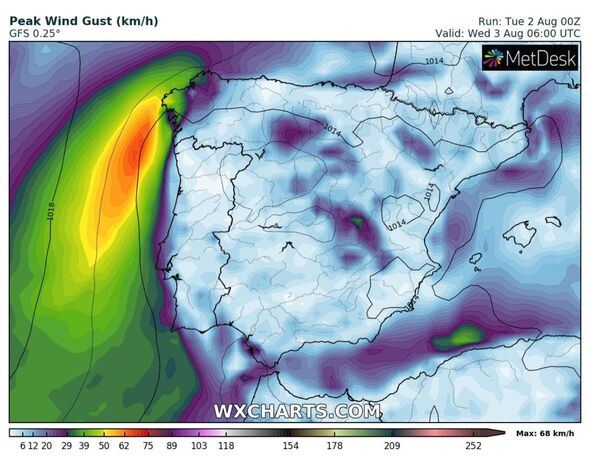 The hottest capitals are Cordoba, at 43C, Badajoz and Seville, both at 42C, and Toledo and Zamora at 41C.

Interactive maps WX Charts estimate this period of intense heat will not be leaving at least before the middle of August.

It shows temperatures will sit between 32C to 38C until Wednesday, August 17 – with some extremely hot spikes for southern and central parts. 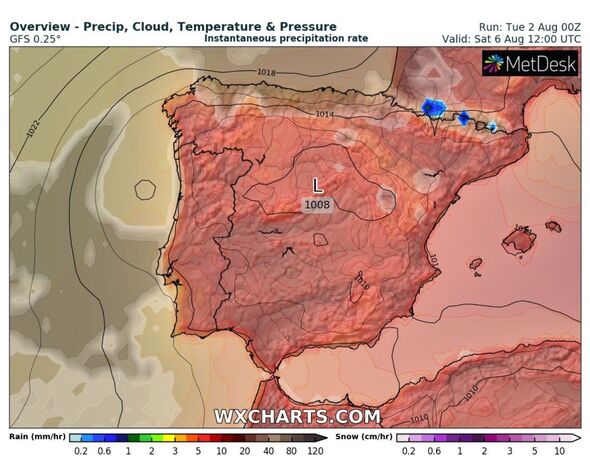 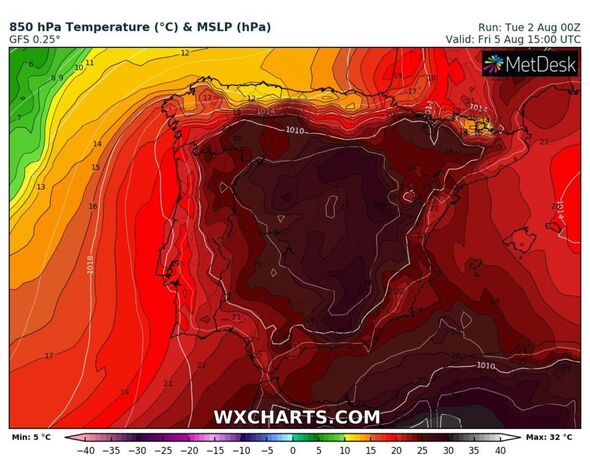 He said this move could help to save energy by allowing public places to tone down their use of air conditioning systems.

Mr Sanchez said workers will be less dependent on expensive air conditioning if they don’t wear ties, stating it “means that we can all save energy”.

Mr Sanchez himself was pictured without a tie at the press conference in Madrid where spoke about ways to become less dependent on Russian gas, as part of an energy-saving decree.

Just days before the UK experienced its first ever 40.3C day, Spain was ravaged by a 45C heatwave, with reports claiming a record breaking heatwave in western Europe was responsible for more than 1,000 heat related deaths in Spain and Portugal.

DON’T MISS:
Hated Brexit deal ‘could shatter UK’ [OPINION]
Farage blasts those blaming conflict in Ukraine for inflation [NEWS]
Britons blast Tories and Labour who are ‘as bad as each other’ [OPINION]

The country has also been hit by a spate of devastating fires in a number of Spanish regions over the past few weeks.

Around 200,000 hectares of land have been devastated due to wildfires in Spain this year.

France is also under a state of emergency due to the continued hot weather with the whole country enduring strict water restrictions until further notice.