MADRID (Reuters) – Spain let some businesses get back to work on Monday, but one of the strictest lockdowns in Europe remained in place despite a slowing in the country’s coronavirus death rate.

Police handed out face masks to people passing through major transport hubs as they went to work, although only a few commuters were seen using Madrid’s usually bustling Atocha train station and road traffic was mainly public buses.

Although some activities, including construction and manufacturing, were allowed to restart, Health Minister Salvador Illa said that Spain remained in lockdown. Shops, bars and public spaces are set to stay closed until at least April 26.

Restrictions have helped slow a spiralling death rate that reached its peak in early April and some workers expressed concern that a relaxation could trigger a surge in cases.

“I would have preferred to wait 15 more days confined to home or at least one more week and then come back,” said Carlos Mogorron, a 27-year-old engineer from Extremadura in western Spain who was planning to return to work on Tuesday.

Spain recorded its smallest proportional daily rise in the number of deaths and new infections since early March, with the cumulative toll rising by 517 to 17,489.

The Health Ministry said on Monday confirmed coronavirus cases totalled 169,496, up from 166,019 the previous day.

“You are always afraid of catching it and even more so knowing that your life may be in danger, or your relatives,” said Mogorron, who lives with his house-bound parents.

Business association CEOE warned that many companies, particularly the small firms that make up the bulk of the Spanish economy, do not have access to the protective equipment like gloves and masks needed to guarantee the safety of staff.

Some regional leaders also criticised the moves, fearing a resurgence of the coronavirus outbreak, which is weighing heavily on the Spanish economy, with some 900,000 jobs lost since mid-March.

Deaths in Italy from the epidemic rose over the weekend to 19,468 and the number of new cases climbed to 4,694 from 3,951. It was the highest daily death toll since April 6. 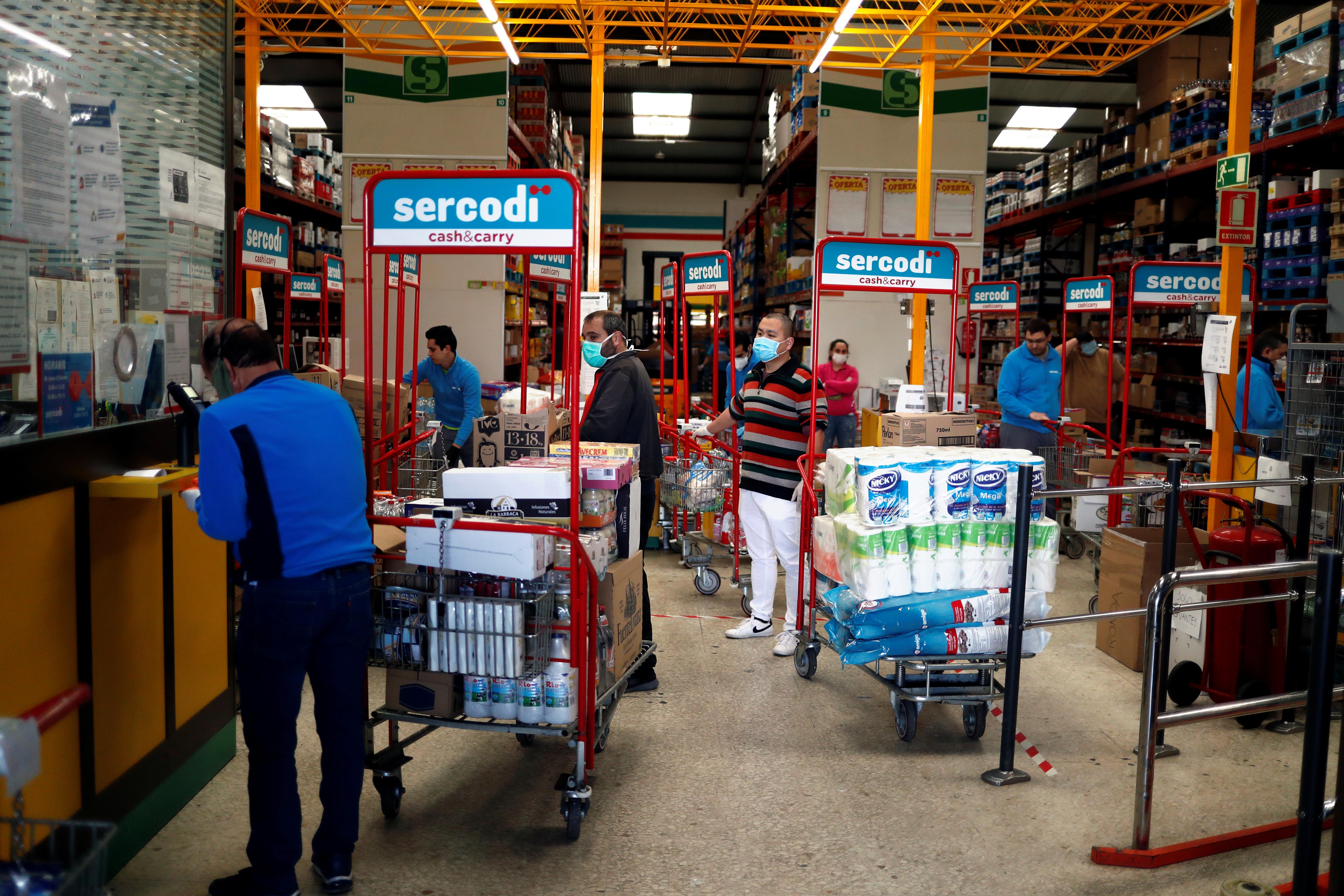 After easing from peaks around the end of March, Italy’s daily death and infection tallies have fallen but not as steeply as was hoped by Italians who have been in lockdown for a month.

Nor was there any indication that Britain would lift restrictions anytime soon as its death toll passed 10,000 and a scientific adviser to the government said the country risked becoming the worst hit in Europe.

Prime Minister Boris Johnson left hospital after several days due to a serious case of the coronavirus, saying “things could have gone either way” for him.

In Germany, where new infections and deaths have declined, senior politicians began debating a potential easing of restrictions imposed since mid-March. Germany has weathered the pandemic better than its biggest neighbours.

Burgos-based industrial group Nicolas Correa (NEA.MC), said it would take measures to prioritise the health of its staff. 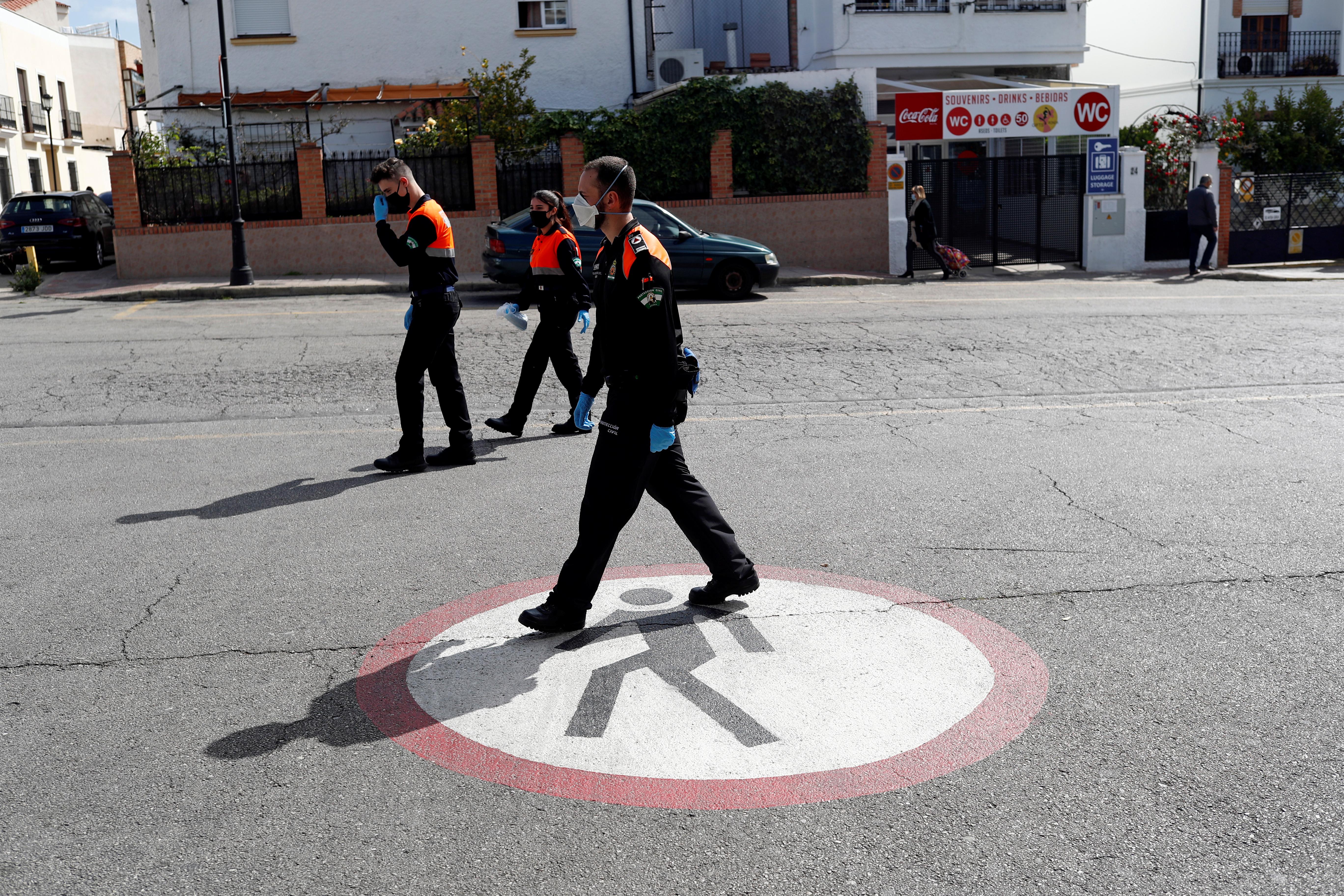 “We will continue to work in shifts, with staggered entries and exits to avoid concentrations of staff,” it said, adding that all workers would be provided with protective equipment.

In Catalonia, Spain’s second-worst hit region, the government warned that the resumption of some work could lead to a rise in infections and wipe out the gains of the lockdown.

The regional government issued recommendations including measuring employees’ temperatures before entering the workplace and controls outside metro stations to guarantee a one-third occupancy rate.