The country’s State Meteorological Agency said the record low was registered at Clot del Tuc de la Llanca in Aragon in the Spanish Pyrenees just after 5am today. It was two degrees lower than the previous record set in 1956 when temperatures of -32C were recorded in Estany-Gento, in Lleida, northeastern Spain.

More heavy snowfall is forecast for much of central and northern Spain with temperatures expected to fall to -11C.

And warnings were issued after a 75-year-old man who got lost after he trying to walk to safety when his car became stuck in a snow storm was rescued by police in Navia de Suarna, near Lugo, in northwestern Spain.

The icy temperatures on the Iberian Peninsular were recorded as the UK was warned to prepare for its own ferocious Arctic blast later this month. 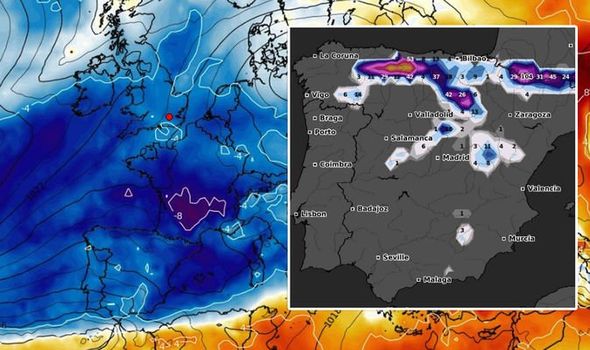 Temperatures could plummet to a bone-chilling -12C and heavy snow is expected to fall across much of the UK.

Forecasters said more severe cold snaps were heading Britain’s way in the second half of January as cold air outbreaks are swept in from Scandinavia.

The weather front looks set to spark unsettled conditions, including plummeting temperatures and heavy snow across the whole country, according to the latest weather charts.

The wintry conditions are expected to hit the UK by Tuesday January 19, with a weather chart by Netweather showing snow is forecast for much of Britain. 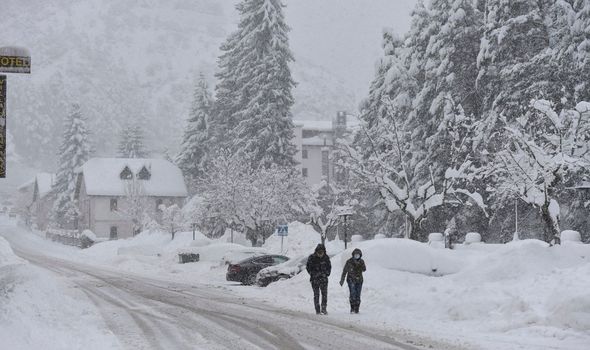 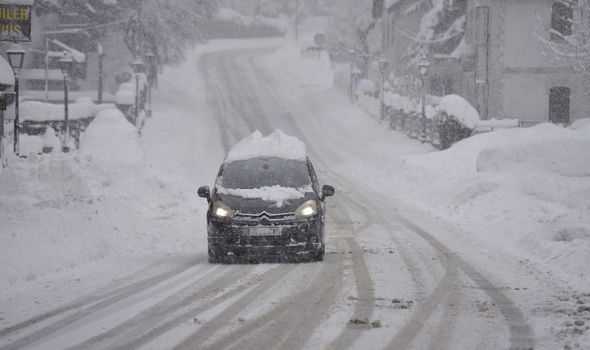 The Met Office has said the period between Wednesday, January 20 and Wednesday, February 3 is set to be characterised by unsettled conditions, as the north sees cold air outbreaks move in from Scandinavia while the south is expected to have milder conditions.

A spokesman said: “This boundary between the cold and milder conditions could also allow for some significant snowfall where the two air masses meet.”

BBC forecasters also expect the end of January to be hit by unsettled, wintry conditions.

A spokeswoman said: “Heading later into January there is a growing risk of some of these cold snaps become more widespread and longed-lived.

“They are still expected to be the exception rather than the norm like we saw over the holiday break, but by late-January there is potential for some sharp cold snaps between fronts.”

Brian Gaze at the Weather Outlook also expects colder conditions to return at the end of the month. 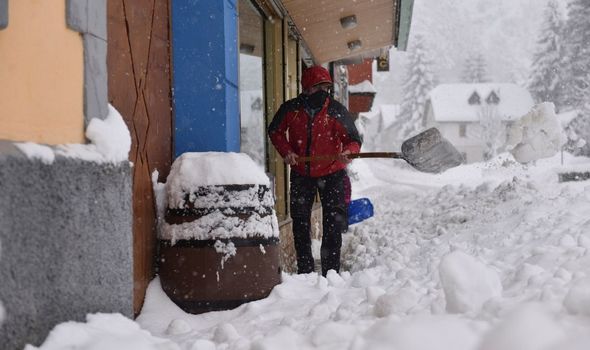 The UK forecast for tomorrow predicts a very cold day with a band of snow across Scotland and Northern Ireland which will sink southwards into parts of northern England, Wales and the Midlands by the evening.

Tomorrow night could see further outbreaks of snow across parts of northern England, Wales and the Midlands which will continue to push southwards.

Friday and Saturday will also be very cold with snow across Wales and the Midlands moving south.