Spain's coronavirus deaths top 10,000, yet there is 'glimpse of hope'

MADRID (Reuters) – Spain’s death toll from the coronavirus rose above 10,000 on Thursday after a record 950 people died overnight, but health officials saw a glimmer of hope with the epidemic slowing in terms of proportional daily increases in infections and deaths. 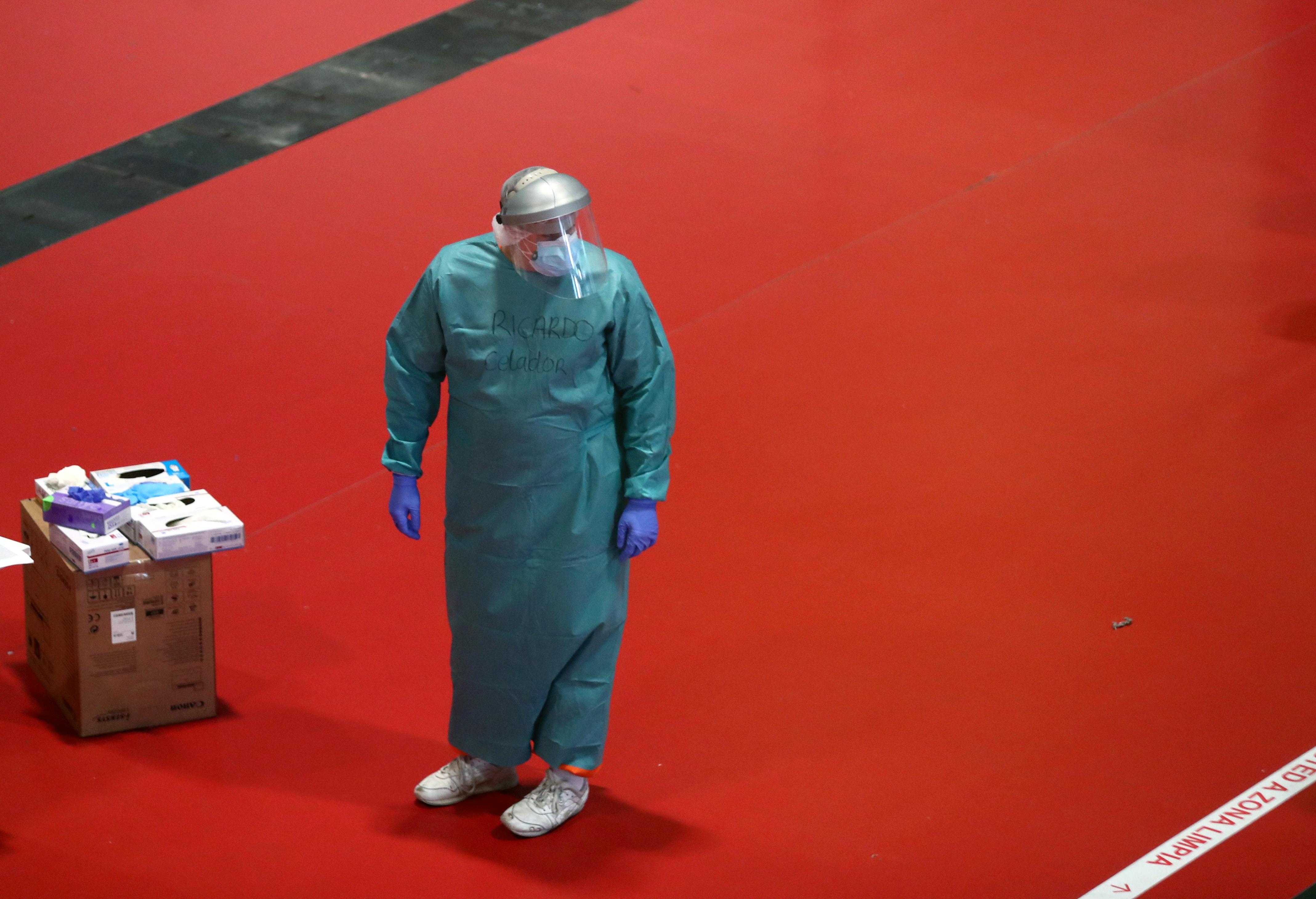 Spain has the world’s second-highest death toll after Italy at 10,003 but Thursday’s one-day toll was the highest for any country since the start of the epidemic.

The number of registered coronavirus cases rose about 8% from Wednesday to 110,238, the ministry said. The total deaths rose by just over 10%, about the same rate as the previous day.

However, the daily increase in infections in percentage terms has been slowing gradually since March 25, when reported cases rose by just over 20%.

“There’s light at the end of the tunnel,” Health Minister Salvador Illa told parliament. “A glimpse of hope: the curve has stabilized. We have reached … the peak of the curve and we have started the slowdown phase.”

Spain has been in a lockdown since March 14, allowing residents to leave their homes only for essential trips. This week it tightened the measures, with only employees in key sectors permitted to travel to and from work.

Laying bare the scale of the outbreak’s economic impact, data showed on Thursday that Spain has shed an unprecedented 900,000 jobs since it went into lockdown, with temporary layoffs affecting at least another 620,000.

Social security data also showed that around 80,000 workers are off sick with coronavirus, while 170,000 more are on sick leave because they are isolated after coming into contact with someone with the virus.

Nursing homes, whose elderly residents are highly vulnerable to the disease, have been particularly hard hit.

Clad in white protective gear, funeral service workers could be seen taking out coffins from a nursing home in Leganes on the outskirts of Madrid, where 50 residents had died since the start of the epidemic according to EFE news agency, and putting them in a van, Reuters footage showed.

Later, ambulances picked up various uninfected residents to take them to other homes. Two-thirds of 150 residents tested in the Vitalia home on Wednesday had coronavirus, EFE said. Vitalia administration was not immediately available for comment.

The separatist government of Spain’s Catalonia region – the country’s second worst-hit after Madrid – abandoned its initial reluctance and asked the national military to send medical teams and help it tackle the coronavirus.

Last month, an official of the Catalonia government, whose push for independence has created political turmoil in recent years, said military help was “totally unnecessary”.

Now, senior health official Alba Verges said it would be welcome, adding that Catalonia’s intensive care capacity was “at the limit”. Catalonia has also asked to speed up the process for Spain to allow Cuban and Chinese doctors to join the effort.

Separately, Health Minister Illa said Seat, the local unit of German automaker Volkswagen, whose car production lines have been shut for more than two weeks, will produce 300 ventilators for emergency rooms per day. A local company, Hersill, will make another 100 ventilators a day, he said.