Spanish PM Pedro Sanchez announced the “extraordinarily tough” restrictions on March 28, which forces all non-essential workers to remain at home for two weeks.

These workers will still receive their usual salaries but will be expected to make up lost hours over time, he said.

“This measure will reduce the mobility of people even further – it will reduce the risk of contagion and will allow us to decongest the ICUs,” Mr Sanchez said in a televised statement.

On Sunday, Spain’s government issued further details on which essential workers should still continue to work from Monday, according to Euro Weekly News.

These workers reportedly include those involved in: security and law enforcement bodies including the armed forces; all medical and healthcare professionals; social security service workers including immigration and refugee centres; transport workers and cleaning/refuse collection services; news media and many others. 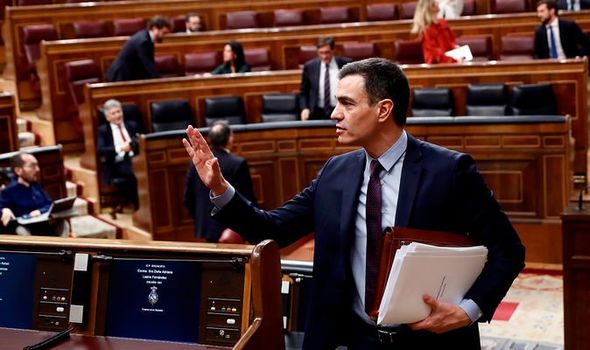 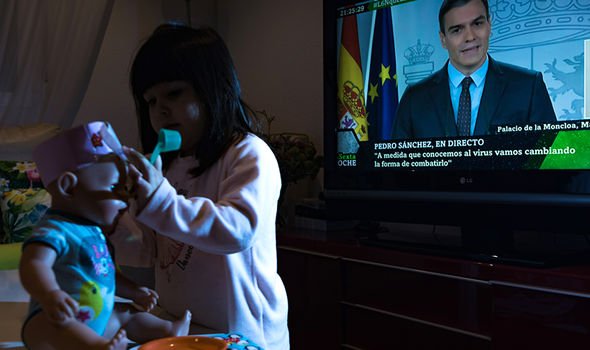 For now, the tougher lockdown is expected to last until April 9.

The restrictions come as reported infections in Spain hit 72,248 as of Sunday – a rise of 8,189 from the previous day.

Spain is now one of the worst-hit countries in the world in terms of covid-19 cases, behind the US, China and Italy. 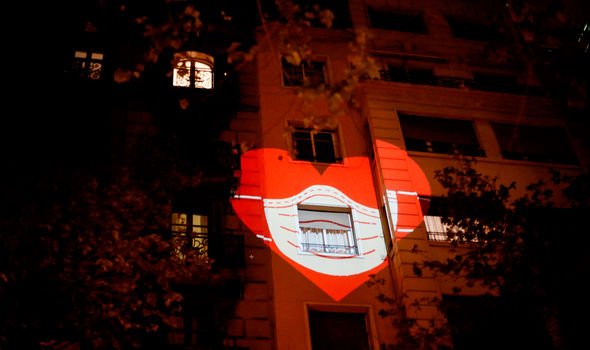 Speaking to Sky News, Professor Julio Mayol, Medical Director at Clinico San Carlos Hospital in Madrid, said: “It is a bad situation. It is really bad.

“The problem is, we can increase the room available, we can provide them with more beds, but we need PPEs… and there is a global shortage.”

The government there is currently a coalition, comprising of the PSOE and the left-wing Unidas Podemos electoral alliance.

The latest help Government has announced for the extremely vulnerable [REVEALED]

The country has a population of around 46.7 million people.

Meanwhile, the total number of confirmed cases in the UK as of Sunday rose by 2,546 to 17,093, according to WHO figures.

There are no known plans for the UK to follow Spain’s tougher measures just yet. Although last week’s UK lockdown measures did require all non-essential shops and certain businesses to close, there is currently no ban on non-critical workers from travelling to work if they cannot work from home. 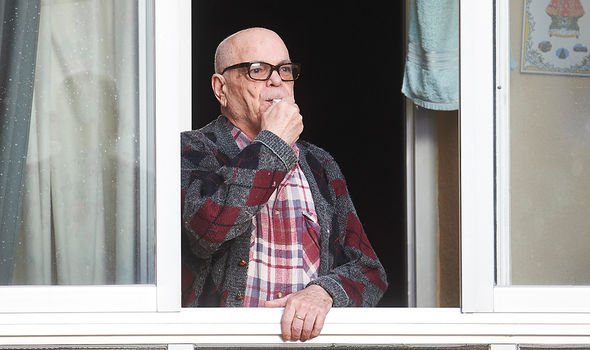 However, in a letter which is due to arrive on the doorsteps of British households later this week, Prime Minister Boris Johnson is expected will note that tougher measures are a possibility.

He wrote: “From the start, we have sought to put in the right measures at the right time. We will not hesitate to go further if that is what the scientific and medical advice tells us we must do.

“It’s important for me to level with you – we know things will get worse before they get better.

“But we are making the right preparations, and the more we all follow the rules, the fewer lives will be lost and the sooner life can return to normal.”