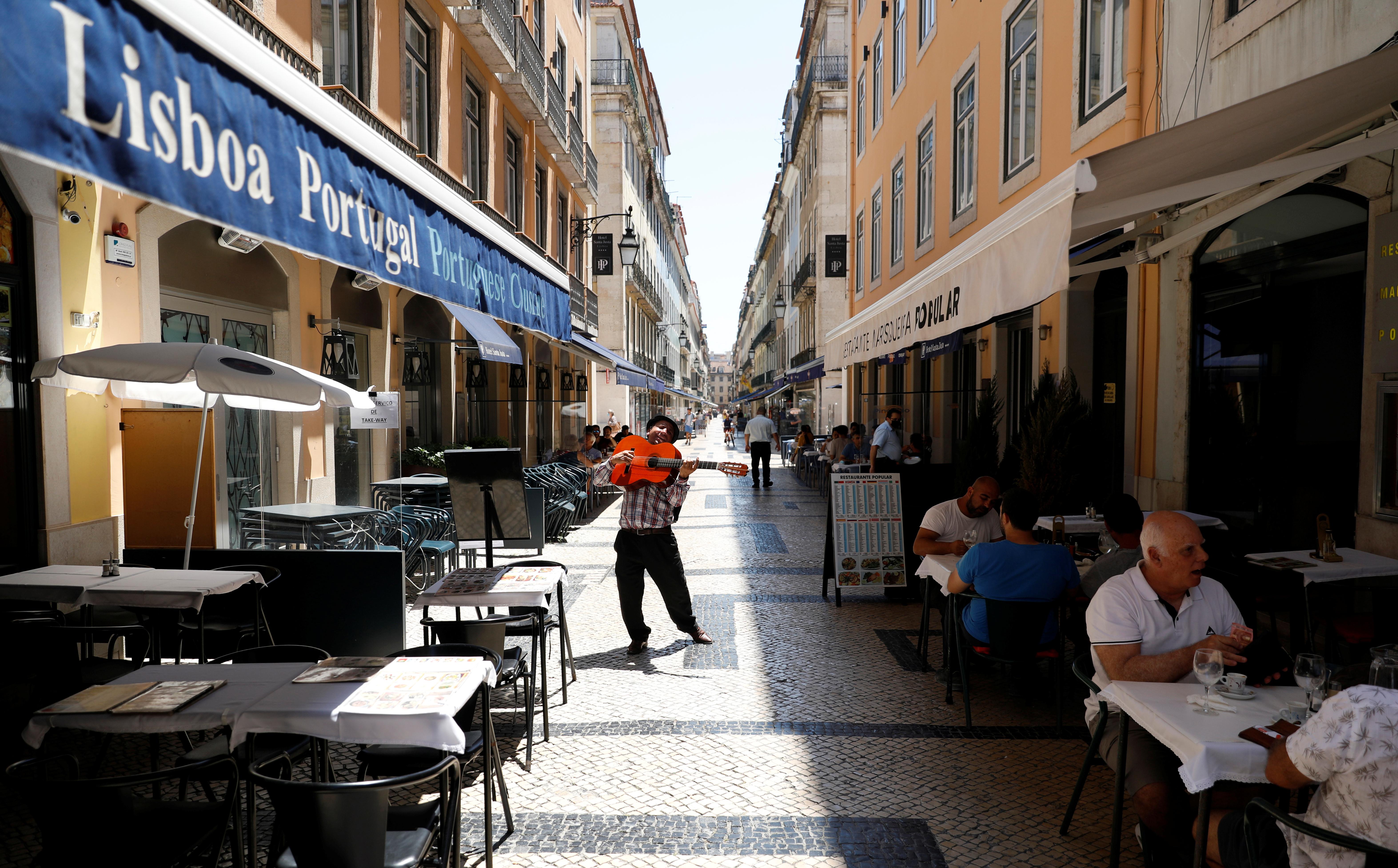 LISBON (Reuters) – Dozens of Lisbon business owners despaired on Tuesday as new restrictions forcing them to shut earlier each day were put in place across the city to tackle a fresh wave of coronavirus cases on the outskirts.

Struggling to make ends meet and explaining she has no more money, 60-year-old coffee shop owner Fatima Reis said, “I have to work. They have to let me work.”

But, like all other commercial spaces in Lisbon, with the exception of restaurants, she must now close her tiny shop in Graca, an historic neighbourhood by 8 p.m., as authorities seek to reduce the number of cases in and around the city.

The fact restaurants can remain open longer has particularly struck a nerve for small businesses. Reis, who had to close her coffee shop completely for two months during lockdown, wishes she could stay open until 10 pm, to catch customers returning from work or the beach.

Localised outbreaks in poorer neighbourhoods and industrial hubs on Lisbon’s outskirts, as well as parties and raves along the shoreline, are worrying authorities and have kept cases at a worrying plateau in their hundreds for the past month.

“Young people can’t control themselves, they want to be at large, in groups,” said 64-year-old Jose Rocha Pereira, who will also have to shut his bakery at 8 p.m. “I think while this is the case, the measures are well applied.”

“(But) they have to be the same for everyone,” he said.

Other measures in place in Lisbon from Tuesday include a limit on gatherings of no more than 10 people, half the nationwide limit. Drinking in public spaces outside of licensed esplanades will also be prohibited.