Fresh efforts are under way to refloat Ever Given – the huge container ship that has been blocked in Egypt’s Suez Canal since Tuesday. There are currently 14 tugboats trying to take advantage of a high tide – and more are on their way to help dislodge the Panama-flagged vessel operated by Taiwanese company Evergreen. More than 300 ships are stuck on either side of the blockage – and some tankers have now started travelling around South Africa instead, adding weeks to their journeys.

Live tracking maps show scores of ships heading for transit via the Cape of Good Hope – but they could be taking a risk.

Pirates have long preyed on ships moving in the waters off the Horn of Africa, and the seas off oil-rich West Africa are now considered among the world’s most dangerous for shipping.

Genevieve Giuliano, a professor at the University of Southern California, noted: “There is a risk there, and it’s probably another reason why the ocean carriers will think twice before they actually go around the Horn.”

Over the past two days, the US Navy said it has been contacted by shipping firms from multiple countries concerned about the heightened risks of piracy to ships being rerouted, a spokesperson for the U.S. Navy’s Fifth Fleet, based in Bahrain, told the Financial Times. 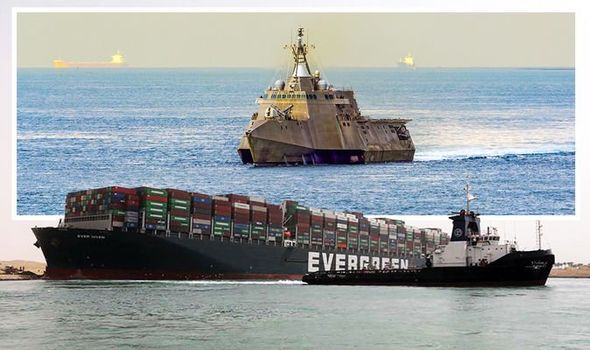 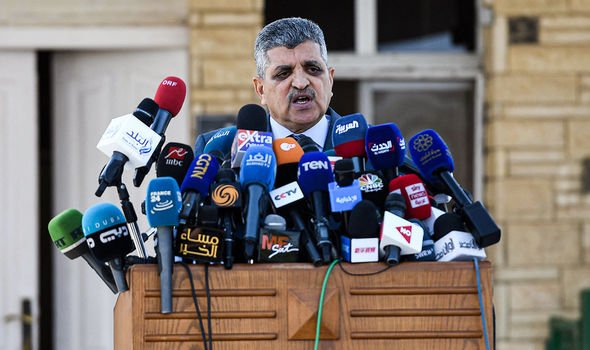 The 120-mile-long Suez Canal, which opened in 1869, allows shipping between Europe and the east to bypass the treacherous route, shaving thousands of miles from the journey.

Dredgers are said to have now removed around 20,000 tonnes of sand from beneath Ever Given in the hope of freeing it soon.

The chairman of the Suez Canal Authority (SCA), Osama Rabie, told a news conference on Saturday that 9,000 tonnes of ballast water had been removed from the ship too.

He said that the stern had begun to move on Friday night and that the rudder and propeller had started working again. 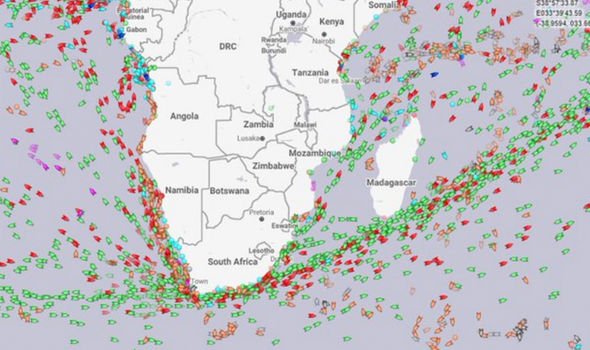 But strong tides and winds are said to be making the job more difficult.

The US Navy has said it is on standby to help with the crisis and have offered to send a team of dredging experts to the canal.

A US official said it was awaiting approval from local authorities.

US President Joe Biden added: “We have equipment and capacity that most countries don’t have. And we are seeing what help we can be.” 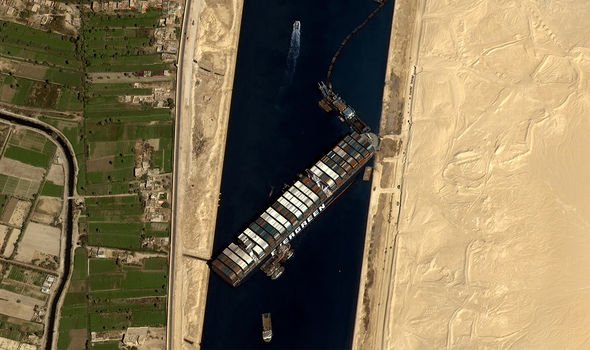 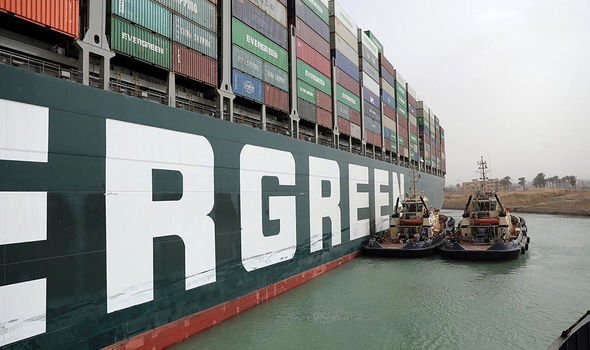 The suspension of traffic along the channel linking Europe and Asia has deepened problems for shipping lines.

The blockage could cost global trade more than £7billion a week, a study by German insurer Allianz showed on Friday.

The SCA said it became lodged in the canal after losing “the ability to steer amid high winds and a dust storm”.