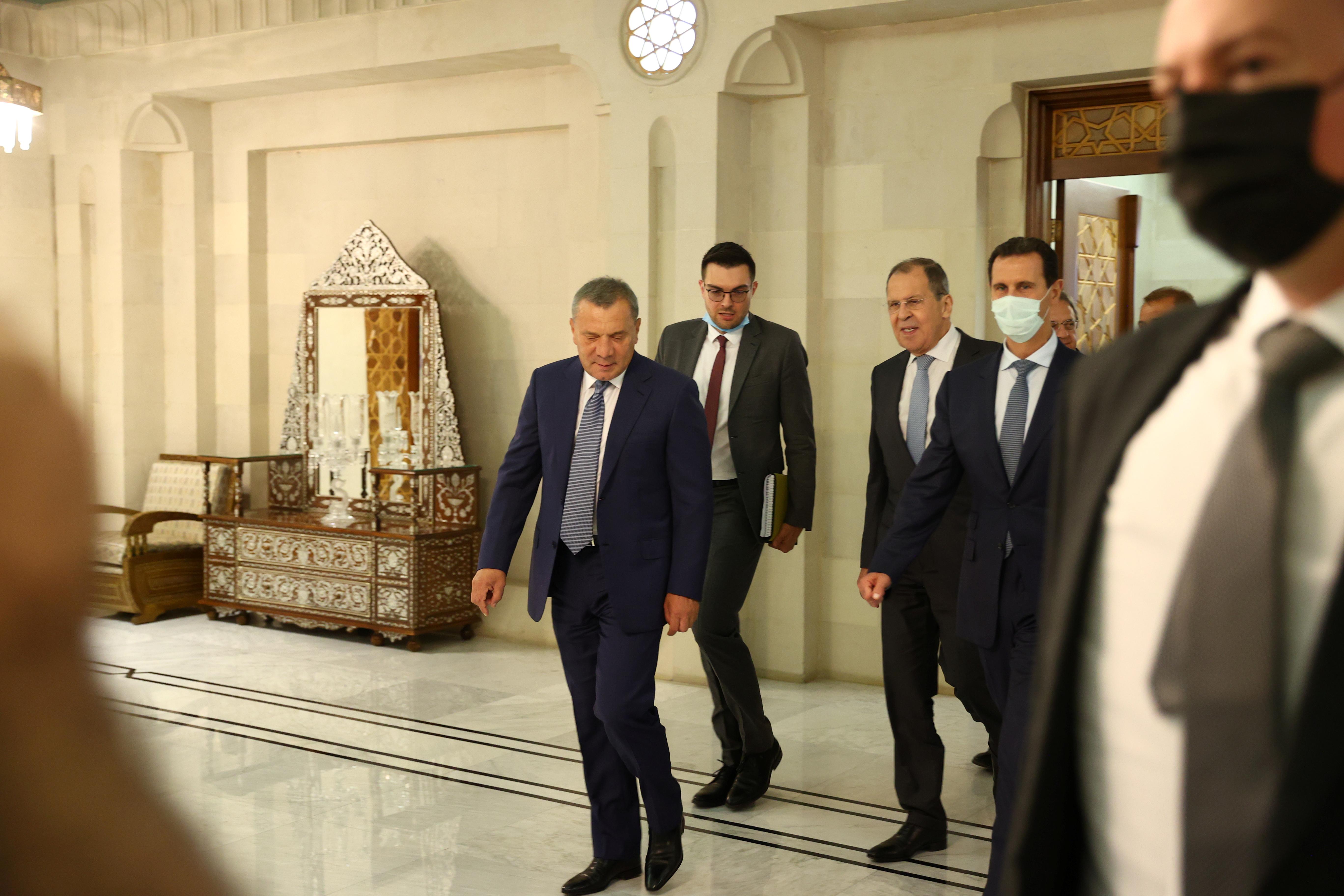 Syria and Russia, whose military support since 2015 helped Damascus reverse gains by Islamists and other rebels in an almost decade-long war, have said the two sides plan to boost trade ties and will review energy, mining and power projects.

“The government was determined to continue to work with Russian allies to implement signed agreements and to ensure the success of Russian investments in Syria,” Assad said, state media reported.

Borisov told a Damascus news conference that Moscow had presented in July an agreement to expand economic ties that was being studied by Damascus. He said he expected it would be sealed in December, during his next visit to Syria’s capital.

He said Moscow wanted to help Damascus break the blockade of U.S. sanctions.

“Russia turned the tide for Assad and with the regime now facing its gravest challenges, Moscow is in a better position than any other time to further squeeze Assad,” said one Western diplomat who follows Syria.

Although Assad has now regained most of the territory he had lost in the war, the economy is in tatters, leaving many Syrians in poverty as the currency has lost 80% of its value.

Russia has criticized the new U.S. sanctions that took effect in June under the so-called Caesar Act.

Washington says the sanctions, which penalize foreign firms dealing with Syrian government entities, aim to cut revenue for Assad’s government and push him back into U.N.-led talks to end the conflict.

Syria is pinning hopes on Russia, its biggest foreign ally, to help it shore up its economy.

Hussam Taleb, a Syrian pro-government analyst, told Syrian state television the Russian visit would anger Washington which he said was “fighting us in our livelihood by passing the Caesar Act to deprive us of our wealth.”