Palestinian militants in the Gaza Strip fired rockets toward the Jerusalem area and southern Israel on Monday, carrying out a threat to punish Israel for violent confrontations with Palestinians in Jerusalem. The Gaza health ministry said nine Palestinians were killed in Israeli air strikes in the Palestinian territory after the barrages against Israel. The Israeli military issued no immediate comment on any action it had taken in the enclave.

A 13-story residential building in Gaza collapsed after it was hit by an Israeli airstrike, one of hundreds that Israel said it had carried out against Hamas targets.

They were the most intensive aerial exchanges between Israel and Hamas since a 2014 war in Gaza and prompted international concern that the situation could spiral out of control.

Leaders on all sides have to take responsibility of de-escalation. 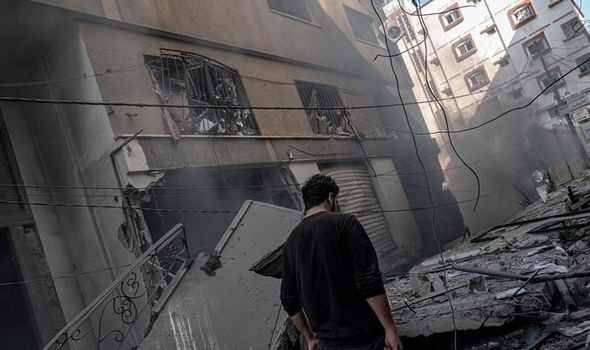 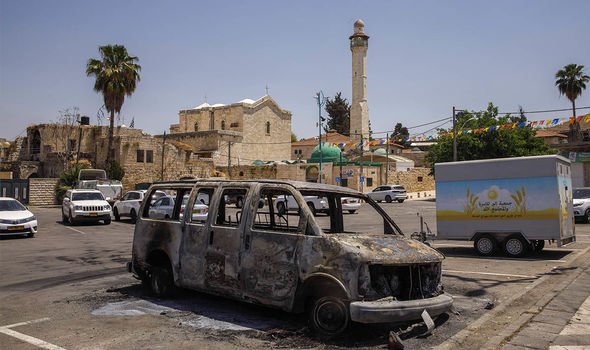 Into the early hours of Wednesday morning, Gazans reported their homes shaking and the sky lighting up with Israeli attacks, outgoing rockets fired by Hamas and Islamic Jihad, and Israeli air defence missiles intercepting them.

Israelis ran for shelters or flattened themselves on pavements in communities more than 70 km (45 miles) up the coast amid sounds of explosions as interceptor missiles streaked into the sky.

“Israel said hundreds of rockets had been fired by Palestinian militant groups.

In Tel Aviv, air raid sirens were heard around the city.

For Israel, the militants’ targeting of Tel Aviv, its commercial capital, posed a new challenge in the confrontation with the Islamist Hamas group, regarded as a terrorist organisation by Israel and the United States.

The violence followed weeks of tension in Jerusalem during the Muslim fasting month of Ramadan, with clashes between Israeli police and Palestinian protesters in and around Al-Aqsa Mosque, on the compound revered by Jews as Temple Mount and by Muslims as the Noble Sanctuary.

These escalated in recent days ahead of a now postponed – court hearing in a case that could end with Palestinian families evicted from East Jerusalem homes claimed by Jewish settlers. 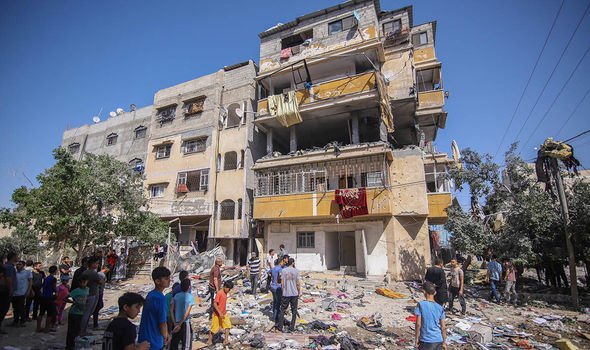 Leaders in Israel and Palestine have been urged to “step back from the brink” by Boris Johnson after violence intensified.

The Prime Minister called for restraint and said the UK is alarmed at the mounting toll of civilian casualties.

Foreign Secretary Dominic Raab spoke to the Israeli foreign minister on Tuesday and will speak to the Palestinian prime minister on Wednesday, MPs were told in Westminster.

The sensitivity of the situation in the Middle East means ministers have to be careful in what they say – a point underlined as Lord Goldsmith deleted a tweet stating “no country on Earth would be expected to tolerate these incessant attacks on innocent civilians – by an organisation committed to their total eradication” adding “why should Israel?”