Aerial photos showed a massive yellow wall engulfing factories and apartment blocks throughout Gansu’s Linze county. The low visibility led to a series of car accidents as people struggled to negotiate the storm, according to reports by state media CCTV. Spring is often the season for sandstorms in China with many cities across the country afflicted by the natural phenomenon.

The sand comes from the Gobi desert in the north of the country and from Mongolia.

It then makes its way to cities as far away as Shandong on the eastern coast and elsewhere across Asia.

Beijing was subjected to several sandstorms in March, which covered the capital in an orange haze. 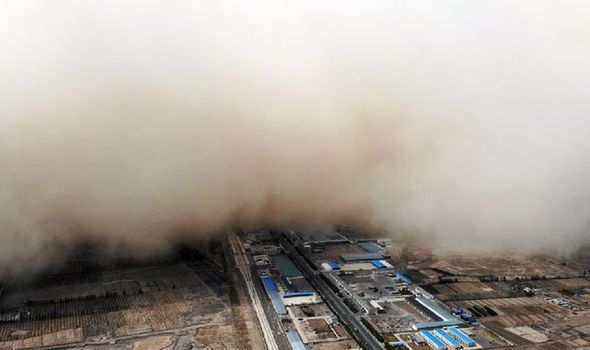 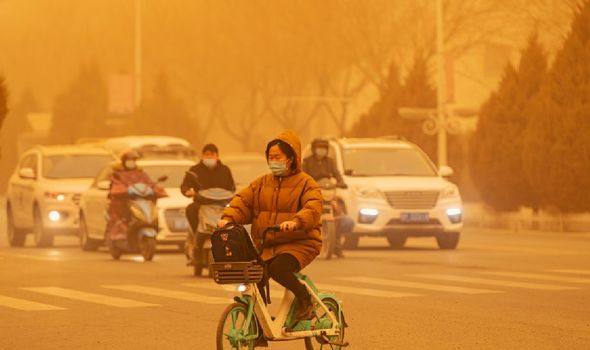 Experts believe the severe storms were caused by a combination of lower than average snow cover and precipitation, along with above average temperatures and winds across Mongolia and northern China.

Liu Youbin, a spokesman for the environment ministry, told a press conference in Beijing at the time: “Although the sandstorms were mainly caused by natural factors, they remind us there is only one Earth for mankind.

“We must give great importance to ecological protection and construction and strengthen international cooperation.” 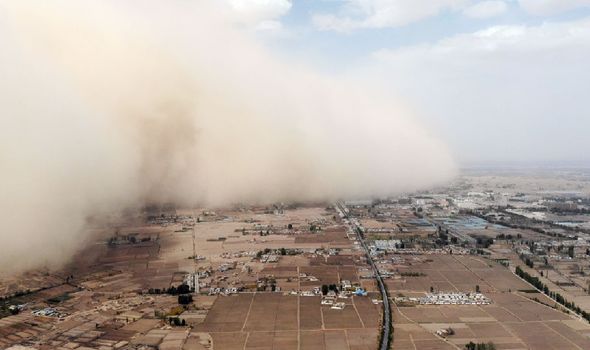 Scientists believe that climate change is aggravating the situation, as the hotter temperatures and subsequent droughts turn more and more farmland into desert.

In an attempt to combat the encroaching sands from the Gobi desert, China has planted a series of forest strips through its northern areas, known as the “Great Green Wall”.

Although the measure has helped to reduce soil erosion and slow desert expansion, it is completely ineffective against high-altitude dust blown in from afar. 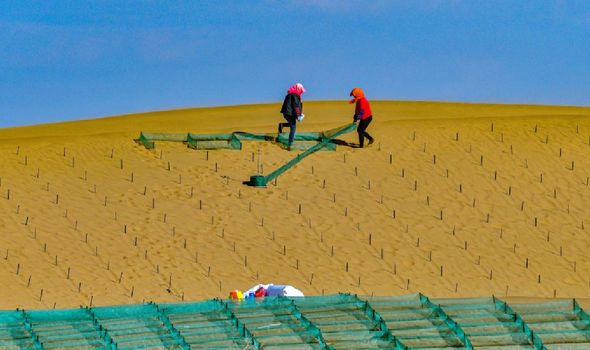 The intensity of the storms are compounded not just by climate change but also by a number of specific human factors.

Liu Junyan, a Beijing-based climate and energy campaigner for Greenpeace East Asia, told The Guardian: “In the places where the sand is originating from, both recent overgrazing and desertification have contributed to the desertification of the grasslands of Mongolia.

“I think one of the most important things is to stop overgrazing, and this is something the Chinese government has done in the past two decades in parts of northern China.”