The Ashes: Australia retain the urn as England devastated by third test defeat 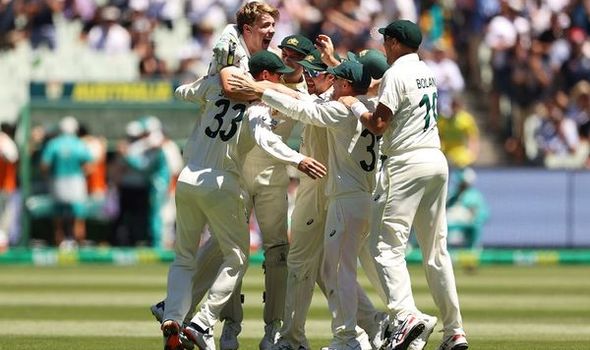 Playing off against the Brits in Melbourne, the Aussies took the lead and finished the series by winning the first three matches.

Australia won by an innings and 14 runs leaving England’s batsmen red-faced after collapsing to 69 all out in the second innings.

The debutant Scot Bolland has been declared the Player of the Match for his spectacular performance.

“I’m so proud of the group here. Everything’s worked out.

“Happy for Scotty in front of his home crowd. What an incredible feeling.

“We’ve been relentless when we’ve had to be. The bowlers have bowled in a good area and the batter’s earned their runs.

“They’ve; earned the right to bat long, they left well and they’ve all contributed. It’s a great feeling.

“We were really confident Scotty would do a great job. Maybe not 6-7! Any Ashes series is when you try and make a mark on your Test career.

“Last series was 4-0, one before that was 5-0. These go down in Ashes history and we can cement our identity as a team for the next few years.”