The Dalai Lama receives his first dose of a Covid-19 vaccine. 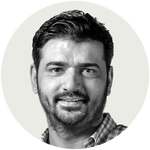 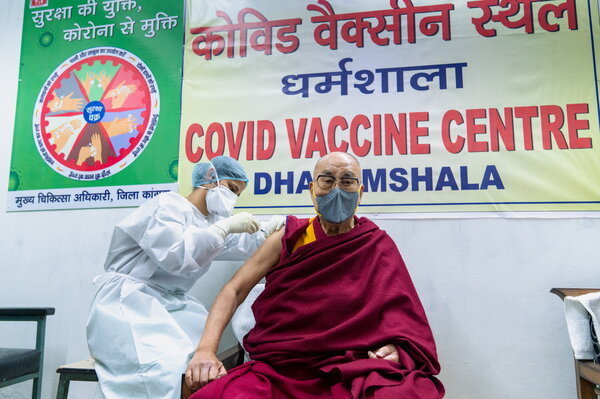 The Dalai Lama, the Tibetan spiritual leader, received his first shot of the Oxford-AstraZeneca vaccine on Saturday in the northern Indian town of Dharamsala.

He used the moment to also encourage people to take the vaccine, saying it would prevent “some serious problem.”

“This injection is very, very helpful,” the 85-year-old, a leader of Tibetan Buddhism, said in video message after the inoculation, indicating that he hoped his example would inspire more people to “have courage” to get themselves vaccinated for the “greater benefit.”

The Dalai Lama received the shot at a hospital in Dharamsala, which has served as the headquarters of the Tibetan government in exile for more than 50 years after a failed uprising against Chinese rule.

India has hosted Tibetan refugees since the Dalai Lama’s exodus in 1959, on the condition that they not protest against the Chinese government on Indian soil. China considers the Tibetan leader to be a dangerous separatist, a claim that he denies.

Videos showed the spiritual leader being driven to the hospital and his followers, who were masked, lining up on both sides of the road, with hands folded and heads down as he waved.

Dr. G.D. Gupta, an official at the hospital where the shot was administered, said that the spiritual leader “volunteered to come to hospital” and that 10 others who live in his residence also received the Covishield vaccine, which was developed by AstraZeneca and Oxford University and manufactured by the Serum Institute of India.

As of Saturday, India has more than 11.1 million confirmed cases and the third-highest virus death toll in the world, after the United States and Brazil, at 157,656 deaths, according to a New York Times database. India began its nationwide vaccination campaign in mid-January with health care and frontline workers.

The country recently expanded eligibility to older people and those with medical conditions that put them at risk, but the ambitious drive to vaccinate its vast population has been slow.