These Zombies Threaten the Whole Planet

REDWATER, Alberta — William Romaniuk stopped his tractor at the edge of his field and sniffed. A breeze came off the Saskatchewan River, rippling across rows of ripe wheat, but a caustic scent flooded his nose. An oil well between his crops and the river was leaking, and enough gas was flowing out of a pipe below the rusty pump jack that the farmer could smell gas and see it swirling in the air.

The site had been drilled in 1950 but hadn’t run since 2015. It was now spewing a blend of toxic, egg-smelling hydrogen sulfide and, quite likely, a much larger dose of odorless, flammable methane.

“They said, ‘don’t get too close to it,’” Mr. Romaniuk said, referring to the owners of the well. He put the tractor in gear and skirted the edge of the site, hoping he wouldn’t spark an explosion as he hurried to harvest.

Canada has committed to reducing its planet-warming carbon emissions and has singled out the oil and gas industry as the source of almost half of the country’s annual emissions of methane, a greenhouse gas that can have 80 times the heat-trapping power of carbon dioxide over 20 years. Alberta, the heart of Canadian hydrocarbon extraction, has set a goal of a 45 percent drop in the industry’s methane footprint from active infrastructure by 2025. But the inactive wells — the ones no longer producing oil or natural gas but many still lingering in suspension like zombies — may be as big a threat to the planet.

After decades of booms and busts, an enormous backlog of these inactive wells has built up, and it grows about 6 percent each year. There are now 97,920 wells, like the one on Mr. Romaniuk’s land, that are licensed as temporarily suspended, compared to the province’s 160,000 active wells. The inactive wells are unlikely to be switched on ever again but have not yet been decommissioned. No one knows how many are leaking methane and other pollutants. 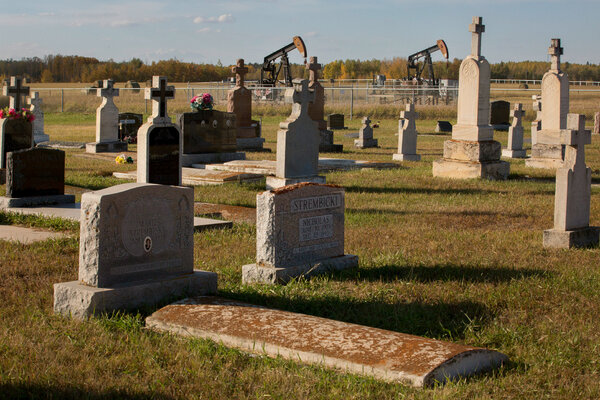 “This is a problem that’s been festering for decades,” said Sonya Savage, Alberta’s energy minister.

In Alberta, the amount of methane and other potent greenhouses gases seeping from suspended wells has not been comprehensively studied. But research in British Columbia, another province with a long history of oil and gas development, revealed that more than a quarter of inactive wells in that province were leaking.

The normal life cycle of an oil or gas well is a little like that of a human: It is brought into life with expectation, produces vibrantly for a time, steadily declines and then is buried under clean soil.

Alberta’s oil boom started in earnest in the 1940s. The province was dotted with wells in the following decades, generating billions of dollars and hundreds of thousands of jobs.

When the price of oil crashed in the 1980s, thousands of wells quickly became unprofitable, and even though Alberta law places responsibility for closing those wells on the industry, many companies stopped taking care of the inactive wells. By 1990, there were more than 29,000 inactive wells in Alberta.

The Alberta Energy Regulator, part of the Ministry of Energy, reacted in 1997 with a rule that required companies to close a well after ten years of inactivity. But the industry pushed back and, in 2000, the agency allowed wells to be indefinitely suspended instead.

Depending on a well’s concentration of hydrogen sulfide, its condition and its proximity to homes, suspension can be as simple as putting a chain on the valve handles or as complicated as installing a cast iron and rubber bridge plug deep in the ground. Once a well is suspended for longer than 10 years, the plug becomes mandatory.

In Alberta, unlike in other oil fields including British Columbia and North Dakota, there is no time limit on how long a well can be suspended.

There are nearly 30,000 wells in Alberta that have been suspended for longer than ten years. According to the Alberta Energy Regulator, these wells are reactivated less than 0.2 percent of the time. One well near Calgary has been suspended since 1928.

William Morin, chief of the Enoch Cree Nation, drove past a grove where medicine men sometimes harvest sweetgrass, berries and buffalo sage on his way to survey an empty oil tank.

“When oil and gas was produced in the 40s, 50s, 60s, 70s, that’s how this nation grew in capacity and off of government funding,” Mr. Morin said, referring to the Enoch Cree Nation. “But then the oil and gas ran out.”

Out of 274 wells on Enoch Cree land, only 34 are currently pumping. The others are inactive: 43 are suspended and the rest have been decommissioned with a plug and a cement cap, but in many cases, equipment and waste has been left behind. The Enoch Cree Nation is in the process of measuring gas emissions from inactive sites and plans to use an infrared camera to detect hidden flows. But not all leaks are hidden.

One suspended well, set in the woods only a few hundred feet from a home, was wafting the telltale rotten smell of hydrogen sulfide.

Last year, MAGA Energy, a new company, acquired the well when it purchased Cedar Creek Energy, a company with a tangled history that had been passed between several different owners. “We’re at the tail end of the life on a lot of these properties,” said Mark Ross, a vice president at the company, which has 20 employees and stands for “Make Alberta Great Again.”

Half of the wells are suspended, though the company hopes to make some active again by drilling horizontally into new production zones. They have started to close some suspended wells that have no chance of new production, but the price is high. Exactly how high is under debate, but most estimates dwarf the annual taxes and lease payments to leave a well in suspension even for decades. 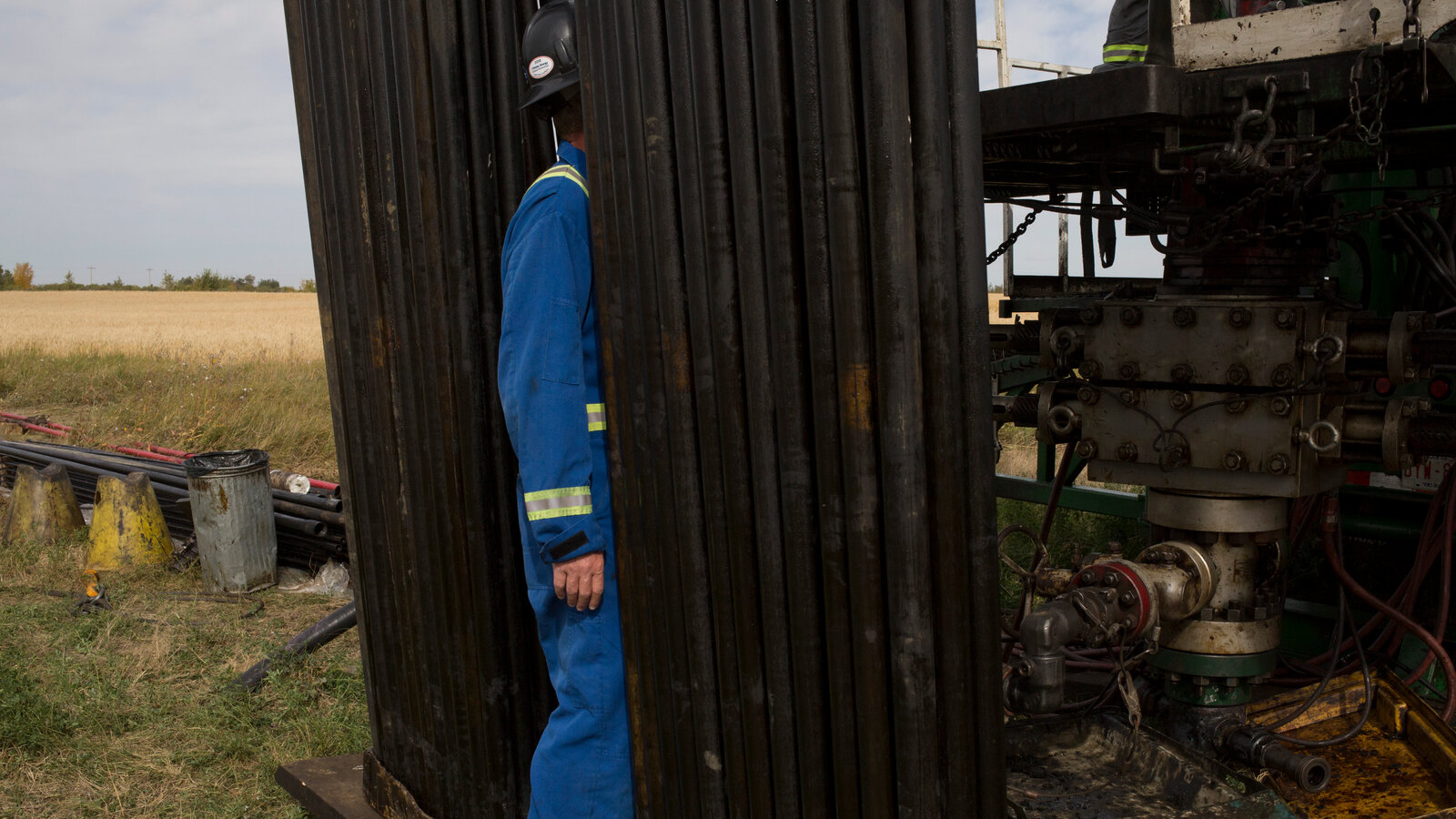 This spring, Prime Minister Justin Trudeau announced a 1.7 billion Canadian dollar fund to clean up inactive wells around the country as part of a coronavirus stimulus package for the oil and gas industry. Alberta’s share of the program was the bulk: 1.2 billion dollars. So far, applications have been accepted to close 8,200 wells. But this still leaves more than 88,000 suspended wells.

And as these wells age, the risk that they leak increases.

Wells plunge thousands of feet into the earth, with a concrete casing and steel piping that is meant to keep them isolated from the various layers of soil, rock and water that they pass through. But over time, all wells can erode, vulnerable to salty water, corrosive gas, earthquakes and other environmental changes.

There is little research on emissions from suspended wells in Alberta, and they are not included in a new methane monitoring program for active wells that started in January. Companies are supposed to measure leaks when they find them in suspended wells.

In neighboring British Columbia, 29 percent of inactive wells were leaking when John Werring, a science and policy adviser at the David Suzuki Foundation, an environmental organization, studied them in 2015. And even wells that have been sealed and decommissioned can leak: Between 2009 and 2014, the Alberta Energy Regulator measured leaks in 7.7 percent of wells that were already closed and sealed.

Ms. Savage, the Alberta energy minister, announced a policy in July to clean up suspended wells by requiring companies to spend 4 percent of their estimated cleanup costs per year on well closures.

She mentioned that some companies were already meeting the spending requirement voluntarily.

But “some are spending zero,” she said. “Those are the ones where we do need to get their inventory cleaned up.” However, she said, “those are the same companies that are hanging by, month to month, not sure if they can pay their electricity bills.”

Neither Ms. Savage nor the Alberta Energy Regulator has a plan to ensure compliance from these companies, nor have they included timelines in the policy. Instead, the policy’s environmental assessment builds on an existing process for landowners to register complaints about wells on their property. This may give farmers more of a voice but it also relies on citizens to police oil and gas companies.

“There is an injustice in enforcing regulations,” said Karl Zages, as he sat on his porch in the town of Warburg, looking out on his cattle. “If there was not, there would not be all these inactive wells.” For 30 years, Mr. Zages has been the president of the Warburg Pembina Surface Rights Group, representing landowners who face battles with the oil and gas industry.

A farmer may own his fields, but not what’s beneath them. When an oil company acquires the mineral rights, the farmer must allow the company to drill through the property. In exchange, the company will produce a lease document that lays out annual compensation for the farmer for the loss of productivity on the land.

“It’s made for them, by them,” Mr. Zages said of the fossil fuel industry. The landowners are typically farmers, not lawyers, and so Mr. Zages helps them navigate the lease process.

The leak in the well on Mr. Romaniuk’s land is not the first problem to crop up on the property. He fought for lease payments after one company went bankrupt and, a decade ago, his fields were exposed to a different gas leak.

“It was a terrible smell,” Mr. Romaniuk said. “I was worried that my cattle might asphyxiate,”

“All gas wells vent,” said Noreen Sumara, the health, safety and environment manager at Long Run Energy, the company that owns the well. She said that the new leak did not pose an environmental or human risk. “We’re following all regulations,” Ms. Sumara said.

The current flow from the rusty pump jack on Mr. Romaniuk’s land is not included in the Alberta Energy Regulator database, which is self-reported by the companies. The well sits in the field, at the end of its life yet still uncapped and unburied, leaking. 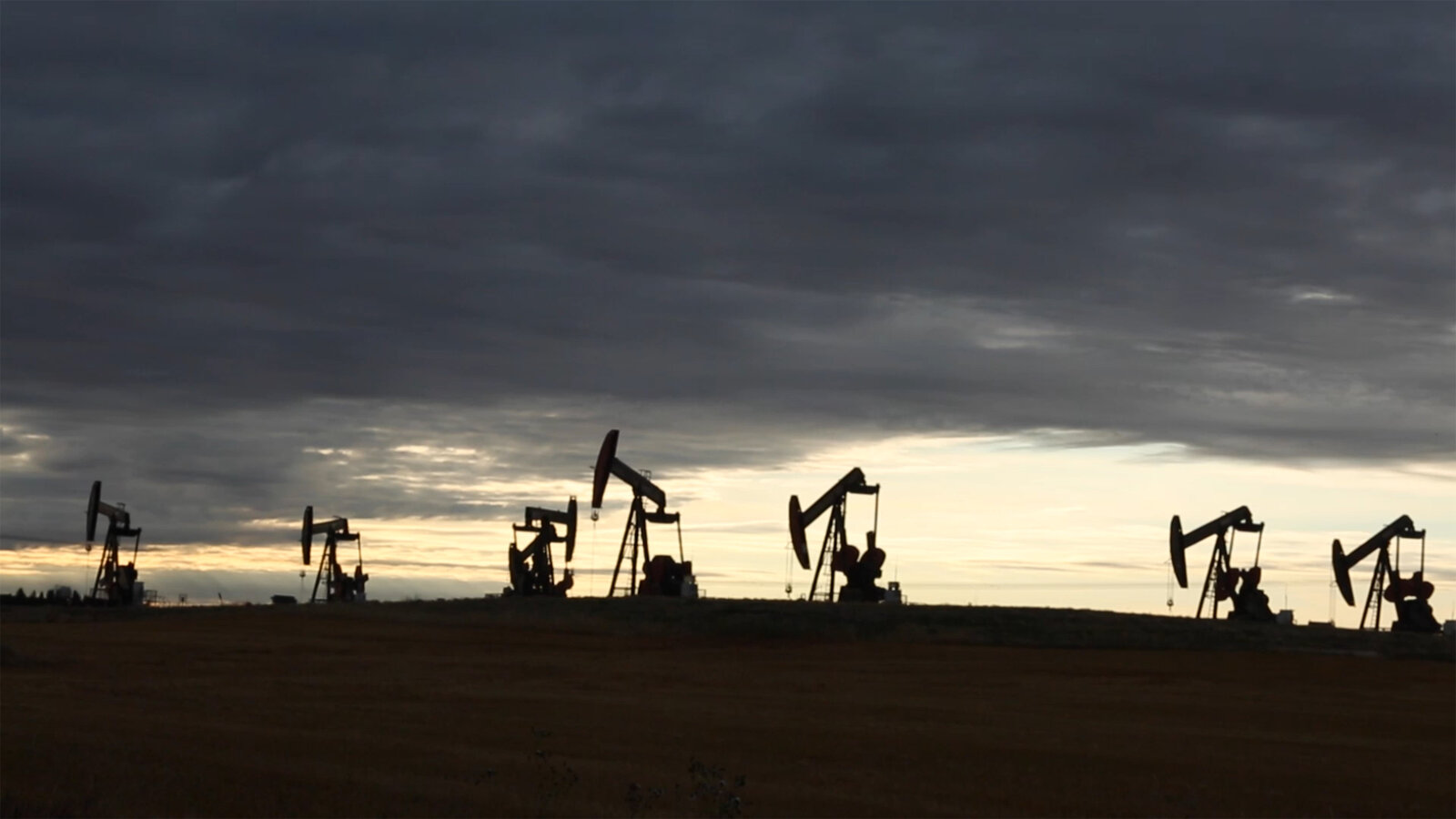 Related News:
Business News:
Bonmarche in administration again just months after rescue
Stocks rest after vaccine progress, dollar stuck at two-and-a-half-year low
Sustained Online Selling Points to Healthy Holiday Outcome
Covid 19 coronavirus: Kiwi ad agency Special Group paying back $200,000 wage subsidy
EXCLUSIVE: The Brooks Brothers Playbook Includes More Sportswear, E-comm and Fun
Recent Posts
This website uses cookies to improve your user experience and to provide you with advertisements that are relevant to your interests. By continuing to browse the site you are agreeing to our use of cookies.Ok