Thieves torture and murder British mother in front of her baby 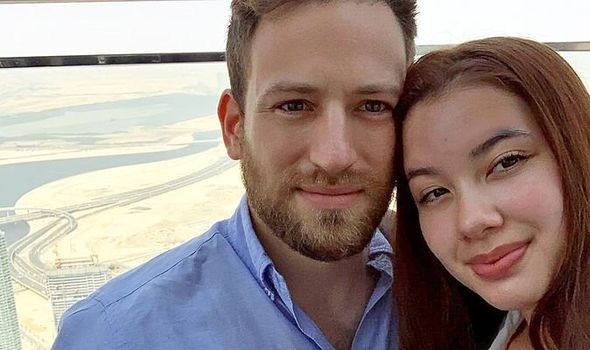 Caroline Crouch, 20, was strangled after being tortured as they held a gun to her daughter’s head, it was said. Police said three hooded gunmen broke into the family home in a suburb of Athens at around 4.30am while a fourth stood guard outside.The robbers killed the family dog before handcuffing Caroline’s husband, helicopter pilot Babis Anagnostopoulos, 33, and putting tape over his eyes and mouth.

The attackers then tortured Caroline for an hour to force her to reveal the location of the family’s valuables.

When she began screaming after they held a gun to her daughter’s head, the gang strangled her before making off with £21,500 in jewellery and £13,000 in cash.

Babis eventually managed to free himself and alerted the emergency services. They arrived to find the baby girl crying next to her mother’s dead body.

Greek police spokesman Theodoros Chronopoulos said the “heinous crime” had been committed with “extreme ferocity”. He added: “Such ­barbarism is rare for Greece.”

Detectives believe the robbers are an experienced gang who had the couple under surveillance for some time.

Last night they were trawling through CCTV as a manhunt got under way.

Investigators said the gang smashed a security camera outside the two-storey home before entering through a basement window. There they strangled the family’s dog with its lead.

The gang then made their way upstairs to an attic bedroom where the couple were sleeping with their daughter in an infant bed alongside them.

They grabbed the husband and handcuffed him to a bed post before attacking Caroline.

Social media profiles reveal Caroline and Babis met in 2017 and married in July 2019 in a ceremony in Portugal.

Caroline, who is understand to have a British passport through her father’s side, was a student at the University of Piraeus, according to reports.