Thousands rally in Turkey to demand end of violence against women 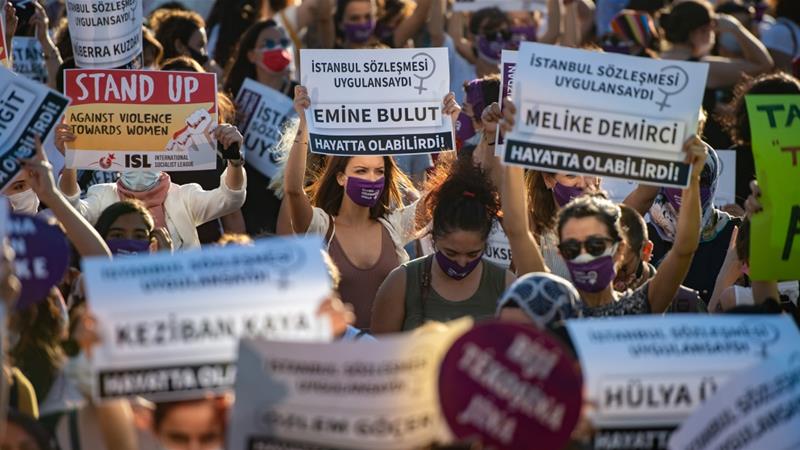 Thousands of women have taken to the streets of several Turkish cities to protest against gender-based violence and demand the country remain a signatory to an international pact against such attacks.

The rallies on Wednesday were the biggest in recent weeks amid growing anger about the rising number of women killed by men in recent years and speculation that Turkey might withdraw from the 2011 Council of Europe accord, known as the Istanbul Convention.

The convention, which came into force in 2014, is the world’s first binding instrument to prevent and combat violence against women – from marital rape to female genital mutilation. Turkey was the first country to ratify it.

In Istanbul, hundreds of women rallied in support of the accord, holding placards saying “Women will not forgive violence”, “Apply the Istanbul Convention” and “Long live women’s solidarity”.

In Izmir, police intervened to stop a women’s rally, and dozens chose to start a sit-in protest, women’s rights group Nar Women’s Solidarity said on Twitter. The group said 10 women had been detained.

There were also protests in Ankara and in the southern cities of Adana and Antalya. 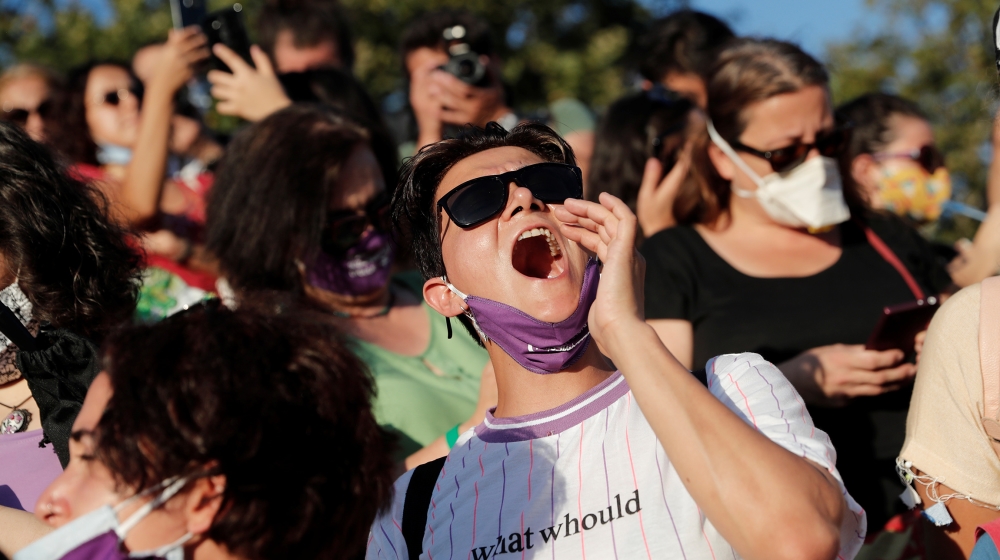 According to We Will Stop Femicides Platform, a rights group that monitors violence against women, at least 474 women were murdered in Turkey last year, most of them by current or former partners, family members, or unrelated men who wanted a relationship with them.

Last month, the brutal killing of Pinar Gultekin, a 27-year-old student in the southwestern province of Mugla, sparked widespread outrage in the country and prompted many to take to the streets.

An ex-boyfriend has been charged with murder and jailed pending trial. Police said he confessed to the killing during questioning, according to local media.

Wednesday’s rallies came amid reports President Recep Tayyip Erdogan’s Justice and Development Party (AK Party) was considering whether to pull out of the Istanbul Convention. The governing party’s executive committee is expected to meet for discussions next week.

The dispute has even reached Erdogan’s family, with two of his children involved in groups on either side of the debate about the Istanbul Convention. 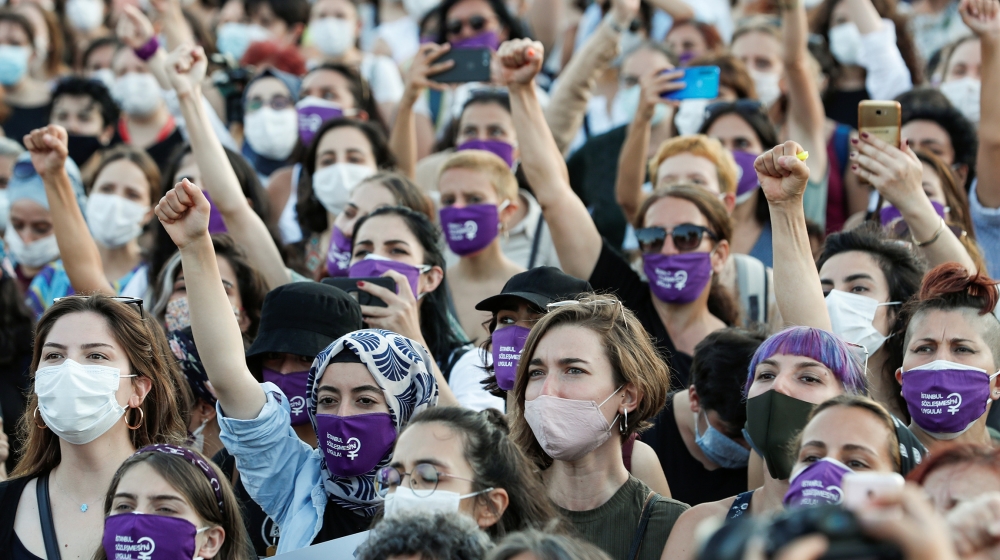 Many conservatives in Turkey said the accord encourages violence by undermining family structures.

“It is our religion which determines our fundamental values, our view of the family,” said the Turkish Youth Foundation, whose advisory board includes the president’s son, Bilal Erdogan. It called for Turkey to withdraw from the accord.

Their opponents argued that the convention, and legislation adopted in 2012 to prevent violence against women, need to be implemented more stringently.

“We can no longer talk about ‘family’…in a relationship where one side is oppressed and subject to violence,” said the Women and Democracy Association (KADEM), of which Erdogan’s daughter Sumeyye is deputy chairwoman.

In a statement on Wednesday, Anna Błus, women’s rights researcher at Amnesty International, said it was a “bitter irony” that the Turkish authorities were considering withdrawing from a convention bearing the name of Istanbul.

“This discussion is deeply worrying, coming at a time when COVID-19 measures, such as lockdown, have led to a spike in reports of violence against women and girls with many women and girls trapped at home with their abusers or unable to easily access safety and support services.” 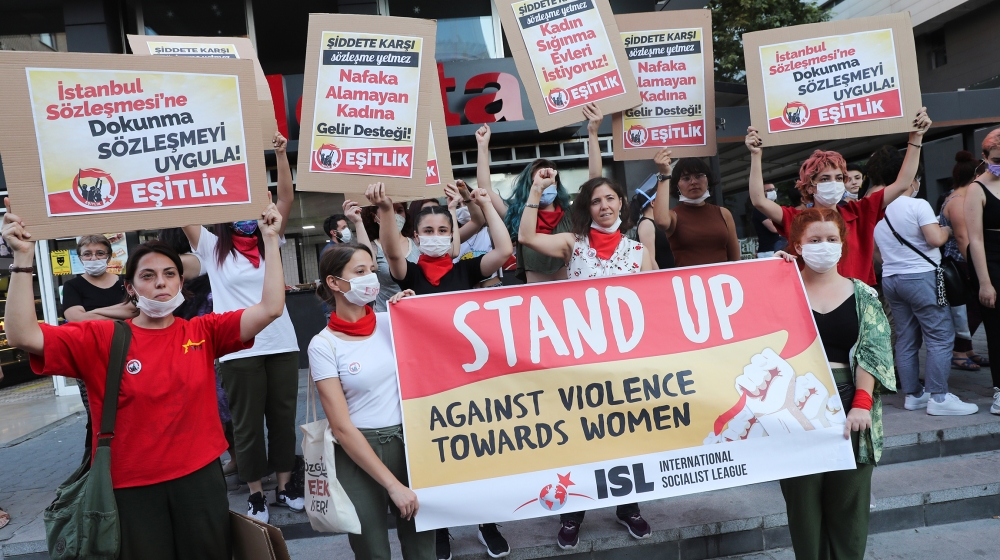