Jacobs is the first man to win the title other than sprinting great Usain Bolt since 2004 as he crossed the finish line in 9.8 seconds. There was drama before the race after a blatant false start from Hughes meant he was unable to compete and had to watch the race from the sidelines.

He was set to be the first Briton to compete in the men’s Olympic 100m final since Dwain Chambers and Darren Campbell at the Sydney Games in 2000.

Speaking after the race, Hughes blamed the false start on cramp setting in his left calf as he took the set position in his blocks.

“I feel that if I was in the final I would have walked away with a medal, no doubt about it. 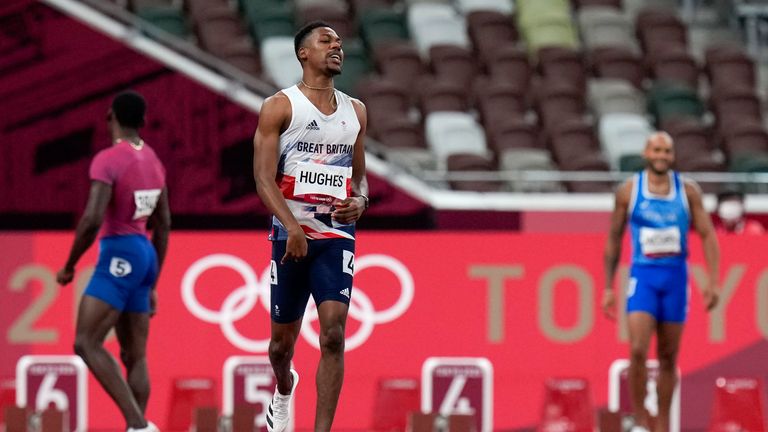 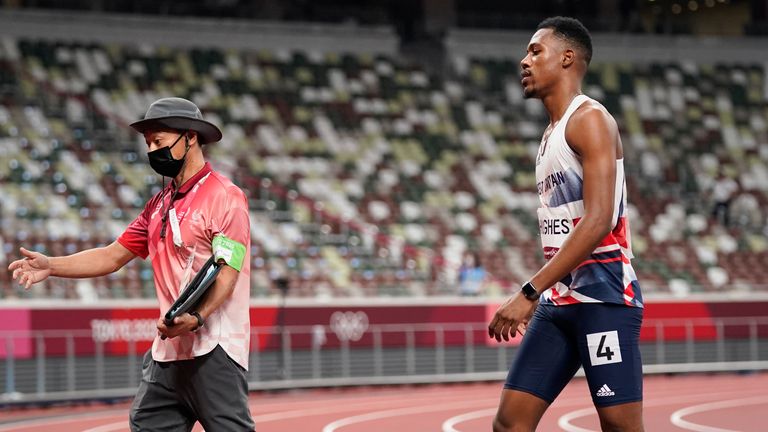 The scenes were reminiscent of Linford Christie’s disqualification before the 1996 Olympic 100m final in Atlanta following his two false starts.

The rules changed in 2010 so that one false start means instant disqualification.

Italian Jacobs, who was born in Texas in the US, won the race in 9.8 seconds, edging out America’s Fred Kerley by 0.04secs.

American Trayvon Bromell was favourite to win gold before the Games after running the world’s fastest time this year at 9.77 but failed to qualify for the final.