Fox, CNN and MSNBC affiliates reportedly refused to air two so-called “deepfake” election ads during the first presidential debate between Joe Biden and Donald Trump, which offer some of the most realistic faked video of world leaders to date.

The ads appear to show the two authoritarian leaders discussing the importance of democracy and voting, thanks to a bit of virtual face-swapping technology known as “deepfaking.” The false speeches are meant to highlight threats to democracy in the United States, according to RepresentUs, the non-partisan group behind the campaign. 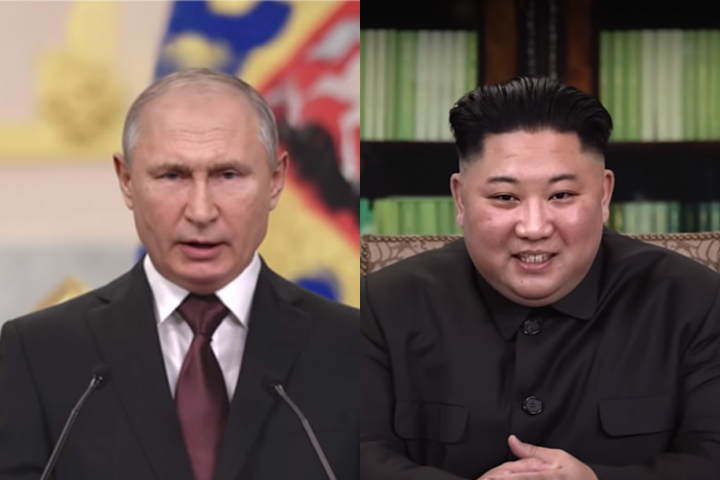 “America, you blame me for interfering with your democracy, but I don’t have to,” the false Putin says. “You’re doing it to yourselves. Polling stations are closing. You don’t know who to trust. You are divided.

“There are strings we can pull, but we don’t have to. You are pulling them for us.”

In a separate video, the fake Kim describes democracy as a “fragile thing … More fragile than you want to believe.”

“If the election fails, there is no democracy,” he says, before echoing the false Putin’s concerns about polling.

“It’s not hard for democracy to collapse. All you have to do is nothing,” he adds, with a smirk on his face.

A message at the end of each video reads: “This footage is not real, but the threat is.”

Actors delivered the speeches and mimicked the leaders’ mannerisms, then digital artists swapped their faces with those of Putin and Kim, according to RepresentUs.

The videos were posted online ahead of the debate on Tuesday night and were slated to run immediately after the event. However, RepresentUs says the ads were “banned” and that the stations did not provide a rationale for their decision.

“By featuring two leaders who have a vested interest in the collapse of our democratic system, we are putting the American people face-to-face with just how fragile our democracy really is,” Joshua Graham Lynn, co-founder and president of RepresentUs, said in a news release. “We hope it inspires Americans to come together to fight for this one issue that unites us all.”

RepresentUs claims to work on behalf of both progressives and conservatives. Its ad campaign appears to directly tackle some of the anti-democratic comments made by Trump, the Republican nominee.

Trump has frequently claimed that mail-in ballots will lead to massive fraud in the election, without citing any evidence. He has also repeatedly refused to accept the results of the upcoming election or commit to a peaceful transfer of power if he loses.

“He’s trying to scare people into thinking that it’s not going to be legitimate,” Biden said on Tuesday night. “Show up and vote. You will determine the outcome of this election.”

Trump responded by sowing more doubt about the race, which he is currently losing in most polls.

“This is not going to end well,” he said. “This is going to be fraud like you’ve never seen.”

Trump won the 2016 election despite losing the popular vote by approximately three million ballots. He immediately claimed there had been widespread voter fraud and demanded an investigation, which ultimately found no evidence to support his claims.

RepresentUs says it wants to ensure that every American has the chance to vote and that each ballot is counted before a winner is declared. It also wants to make sure that candidates “respect the outcome of the election,” and that the president “does not use his power to intimidate voters, close polling places and stop ballot counting.”

Deepfake technology threatens to usher in a new era of faked videos and misinformation, particularly if bad actors figure out how to convincingly put words in politicians’ mouths, according to the WITNESS Media Lab. The technology hasn’t quite reached that point yet, as most manipulated videos have that uncanny, can’t-quite-put-my-finger-on-it feel to them.

Actor and director Jordan Peele famously demonstrated the dangers of deepfake technology in 2018, when he used it to impersonate Barack Obama for BuzzFeed.

RepresentUs acknowledged the dangers of deepfakes on its website, even as it tried to use them for a virtuous purpose.

The ad shows the false Trump dropping by RT to play co-host during a segment. It sounds pretty convincing but the fake “Trump” still looks … weird. 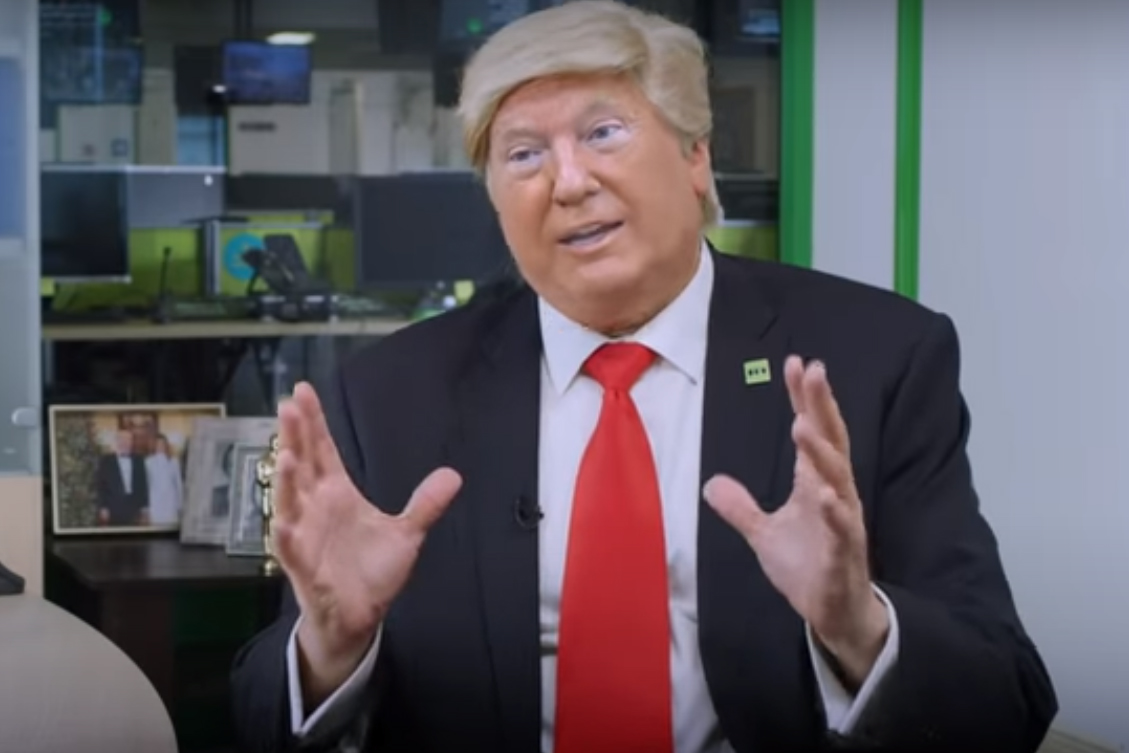 RT mocked news reports about the satirical video, pointing out that it was clearly framed as a parody.

No actual deepfakes have captured the news cycle yet.

But as the RepresentUs videos show, it may be only a matter of time until they become a problem for fact-checkers — and democracy — in future elections.