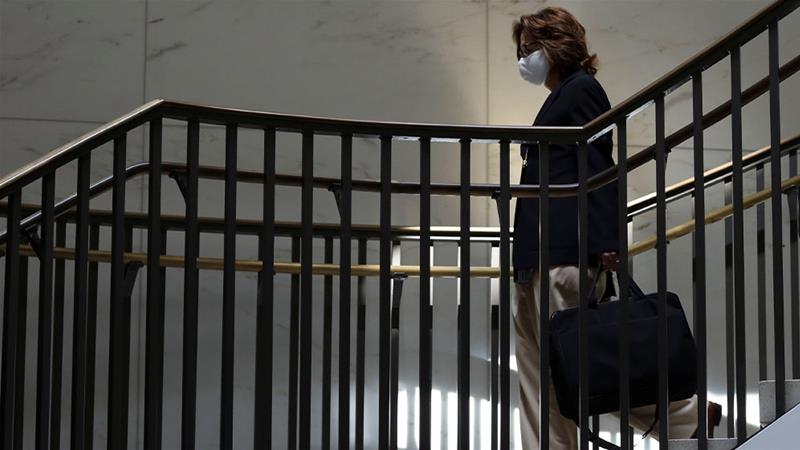 Amid rising calls for new sanctions on Russia, US intelligence officials are under pressure from members of both parties in Congress to provide explanations.

US media outlets have reported that intelligence agencies concluded the Russian military offered bounties to Taliban affiliates in Afghanistan to kill American troops and coalition forces. President Donald Trump has played down the reports and called the allegations a hoax.

Members of Congress who were briefed behind closed doors on Thursday included top Republican and Democrat leaders from the House of Representatives and the Senate as well as chairs of the intelligence committees. The US’s top spy, Director of National Intelligence John Ratcliffe, also attended.

“I’m not going to say anything about the briefing, but I believe that the president is not close to tough enough on [Russian President] Vladimir Putin,” Senate Democratic leader Chuck Schumer told reporters as he left the briefing.

Going into the meeting, House Speaker Nancy Pelosi – who has been harshly critical of Trump, calling him unfit for office – said she hoped to learn “the truth” about the Russian bounties. 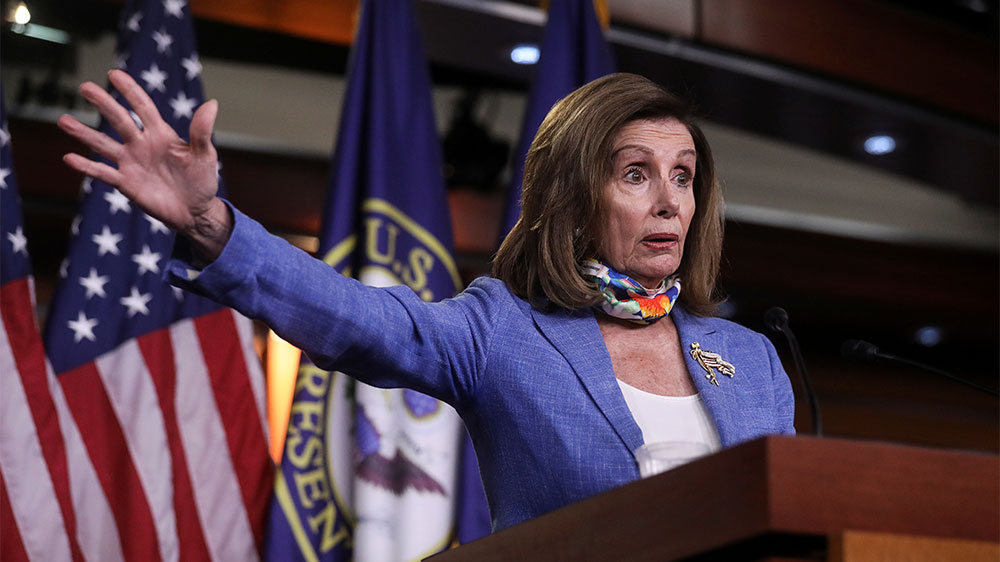 After the closed briefing, Schumer and Pelosi issued a joint statement accusing Trump of being “soft” on Putin.

The intelligence “was of a consequential level” and the president and Congress should have been briefed, Pelosi said at a news conference.

“The White House put on a con that if you don’t have 100 percent consensus on intelligence that it shouldn’t rise to a certain level,” Pelosi said.

Pelosi said Congress should now impose financial sanctions on Russia’s intelligence and military sectors – penalties that were withheld at Trump’s request, she said, in a US sanctions law passed overwhelmingly by Congress in 2017.

Trump, a Republican, has worked to cultivate warmer relations with Moscow. Recently, the US president sought to invite Russia back into the Group of Seven meeting of industrialised nations, but was blocked by Germany and other allies. Russia was expelled by the group after annexing Crimea and invading eastern Ukraine.

Four US and European government sources, who are familiar with intelligence reporting and spoke on condition of anonymity, told the Reuters news agency that in recent weeks the US had acquired fresh reporting backing up the allegations that Russia had encouraged Taliban-affiliated militants to kill US and allied soldiers in Afghanistan.

US intelligence agencies are confident Russia encouraged the Taliban to kill US troops, but there is a disagreement between the CIA and the National Security Agency over whether Moscow had actually paid bounties, Reuters reported.