Tropical Storm Cristobal is poised to wreak havoc in Louisiana late on Sunday with the potential to cause widespread flooding as heavy rains batter the Gulf Coast. The storm has already seen a tornado being spawned in Central Florida, with more potentially forming in parts of Alabama, Louisiana and Mississippi as Cristobal moves northwards. Reports coming in from the National Weather Service have stated the twister touched down on Saturday evening close to downtown Orlando, near Lake Eola, narrowly missing a group of people protesting the death of George Floyd.

No injuries have yet been reported, however, tree limbs were knocked down and there were power outages.

Mississippi will have to deal with the worst of the storm late on Sunday.

With thousands of homes already lacking power, there is also the possibility of up to 12 inches of rain and a storm surge topping out at five feet. 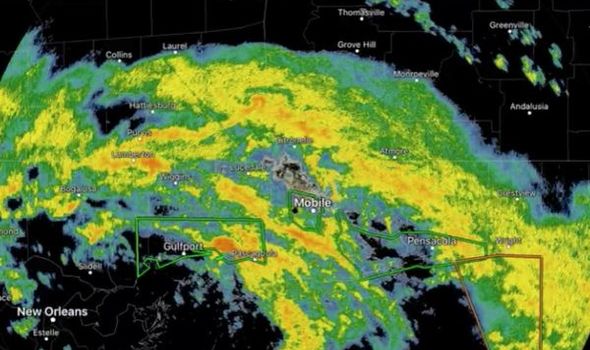 Meteorologists are watching closely as the storm is expected to bring additional bands of rain in the area.

It is believed that this could cause prolonged rainfall and lead to flash flooding.

Danielle Manning, a meteorologist from the Weather Service’s Baton Rouge office says: “It depends on how much rain it is and how quickly it falls,”

“In New Orleans, the city relies on pumps to get rid of all that rainfall. If you exceed that capacity of the amount of water that can drain, you end up with flooding.” 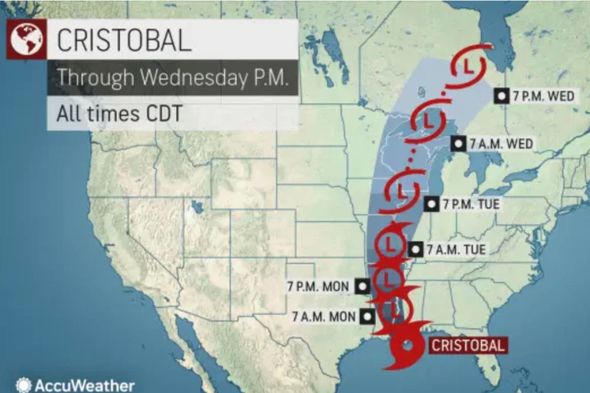 On top of that, they will likely experience winds with gusts of up to 62mph, but it’s unlikely they will strengthen further.

Grand Isle, Louisiana, which has already been evacuated, is now impassable and a highway is underwater.

The National Guard in Louisiana has readied dozens of high-water vehicles and rescue boats.

Meanwhile, teams of engineers are ready to assess critical infrastructure in the aftermath. 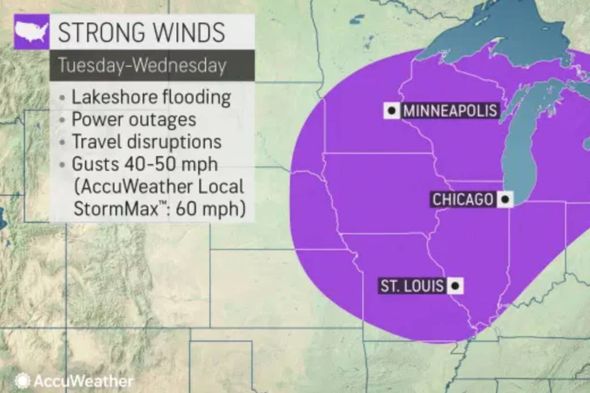 Governor John Bel Edwards has declared a state of emergency, and on Friday asked President Trump to declare a pre-landfall emergency in the state.

New Orleans issued a voluntary evacuation order for areas outside of the levee system on Sunday.

At around Sunday lunchtime, the storm was centred approximately 90 miles south of New Orleans.

Due to the pandemic, the city is largely quiet and most businesses had already been boarded up. 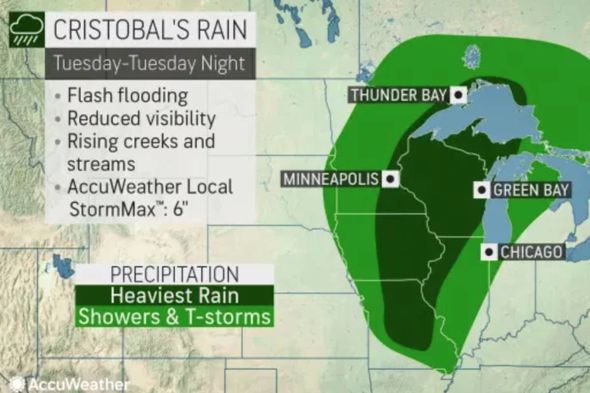 On Sunday, President Donald Trump signed an emergency declaration for the state of Louisiana to ready the response of the Federal Emergency Management Agency.

The weather channel warned: “Flooding rain, storm surge and gusty winds will continue along the Gulf Coast into Monday.”

On Sunday, Reuters reported that oil companies had evacuated 188 Gulf of Mexico offshore facilities, shuttering some 635,000 barrels per day of oil and 878 million cubic feet per day of natural gas output.

In Florida, the second tornado in two days touched down about 3.35 p.m. south of Lake City.