U.S. President Donald Trump announced on Friday that he was issuing a presidential permit for the A2A Cross-Border Rail project.

The project — which would see a 2,570-kilometre rail track running from near Anchorage, Alaska, through Yukon and the Northwest Territories into northern Alberta — will cost about C$22 billion.

Trump’s approval is just the first step in the regulatory process on the U.S. side.

Now, the company will need to go through a U.S. review process and get the necessary licenses and permits for interstate railroad commerce on that side of the border.

On the Canadian side, A2A first needs the project to go through an environmental impact assessment. After that, the company would then go through Canadian federal and provincial approvals for the project.

In a July news release, A2A said the project would generate thousands of jobs for Canadians if it is constructed.

“This is a world-class infrastructure project that will generate more than 18,000 jobs for Canadian workers at a time when they are most needed, provide a new, more efficient route for trans-Pacific shipping and thereby link Alberta to world markets,” said A2A Rail Founder Sean McCoshen.

A2A said in July that it had commissioned an engineering firm to survey land in Alberta for the project and eventually engage in early field activities like land clearing, fencing and access road preparation. 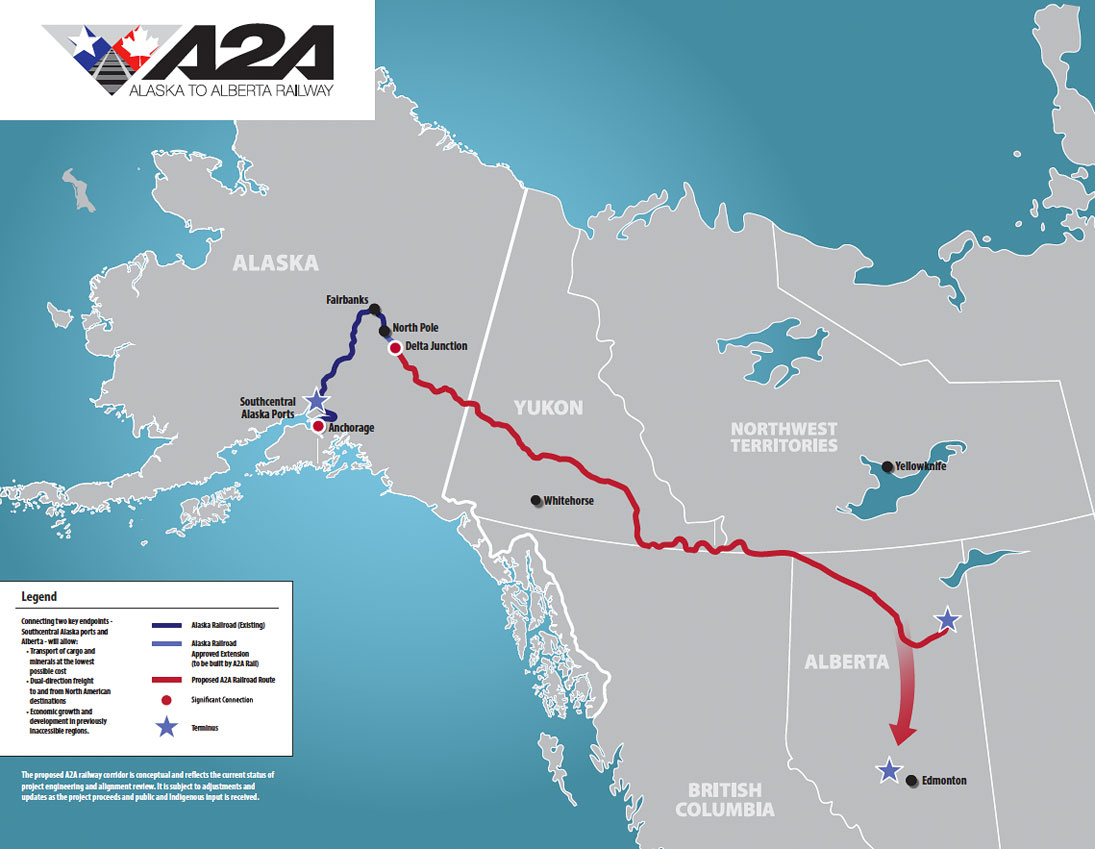 The Alberta government paid for a feasibility study on the concept of a rail line running between the province and Alaska in 2015 — which said while a railway would be challenging to build through the area, it would provide an alternative to pipeline transportation for oil.

The A2A line would transport oil, as well as grain, ore, and other containerized goods.

A2A, which first began work on the line in 2015, is one of two companies that have pitched similar projects over the past several years. Another company, G7G, also pitched the project in 2018.

Global News has reached out to Premier Jason Kenney for a comment.