DONALD Trump has furiously claimed he has “total authority” over ending the US coronavirus lockdown, amid six other states joining forces to discuss other options for reopening the country’s enconomy.

Mr Trump made this declaration during a White House press briefing yesterday as groups of governors across the US announced that they had formed taskforces to come up with plans of their own for easing coronavirus restrictions in their respective states. 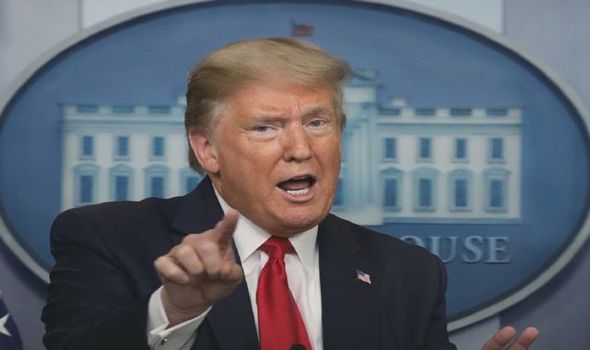 The US President further made his stance clear on Twitter.

He wrote: “It is the decision of the President, and for many good reasons.

“With that being said, the Administration and I are working closely with the Governors, and this will continue.

“A decision by me, in conjunction with the Governors and input from others, will be made shortly!” 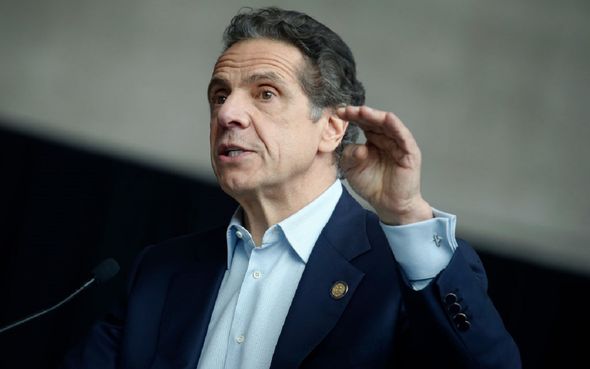 And Governor of New York Andrew Cuomo, who has put together a team of Governors from the states of New Jersey, Conneticut, Rhode Island, Pennsylvania and Delaware, said that any reopening in New York would be guided by public health and economic experts, and not politicians. 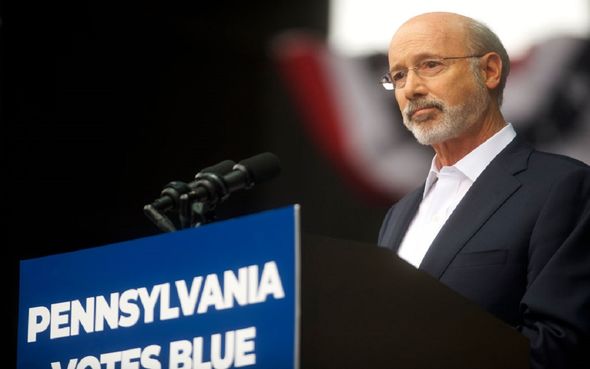 Mr Trump has been vocal about wanting to reopen the US economy, although advisors including infectious disease expert and public health advisor Dr Anthony Fauci has advised against doing so too early.

Dr Fauci warned that “the virus kind of decides whether or not it’s going to be appropriate to open [the country].”

Further suggestions of infighting among US officials were made earlier this week when Mr Trump retweeted and quoted a Tweet which included the statement: “Time to #FireFauci”. 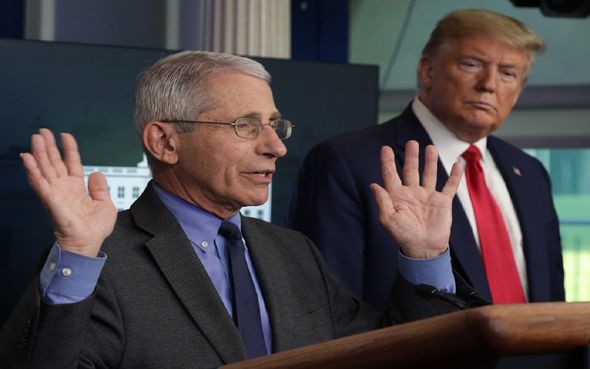 This emerged after Dr Fauci told CNN that more lives could have been saved if the US had acted sooner on mitigating the spread of Covid-19.

The Tweet in question referenced an occasion on February 29 when Dr Fauci was asked by NBC Today whether Americans should change their daily habits such as going to the mall or the gym.

Dr Fauci said: “Right now, at this moment, there is no need to change anything that you’re doing on a day by day basis.”

However, he did add that the risk level could change in future.

On Monday Dr Fauci clarified his CNN statement, saying that he was responding to a “hypothetical question,” and that Mr Trump had taken his advice when he recommended stay at home measures, the New York Times reports.

At a White House press briefing, Mr Trump said he did not intend to fire Dr Fauci, adding: “I think he’s a wonderful guy.”

In other US news, President Trump on Sunday stated his approval of an oil deal reached between several nations that would cut production in order to avoid oil prices plummeting.

The agreement – which will see nations cut production by 9.7 million barrels per day – comes as oil prices are driven down by lack of demand amid Covid-19 lockdown measures.

Mr Trump said it would save “hundreds of thousands” of US energy jobs, and tweeted: “I would like to thank and congratulate President Putin of Russia and King Salman of Saudi Arabia.

“I just spoke to them from the Oval Office. Great deal!”