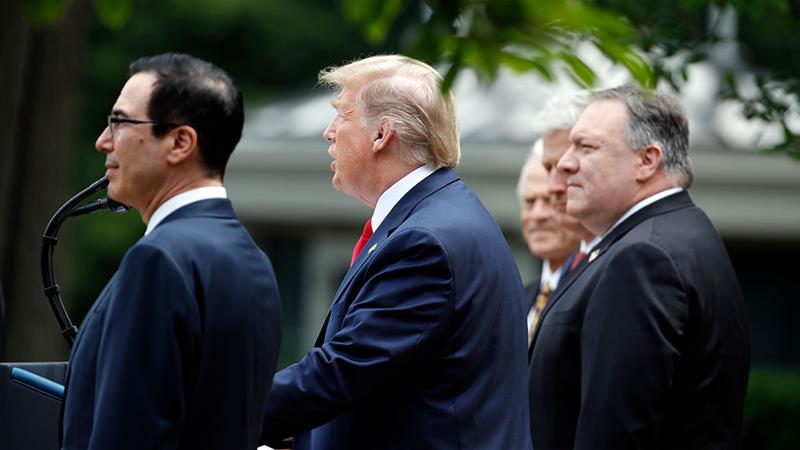 United States President Donald Trump on Friday said he was directing his administration to begin the process of eliminating special treatment for Hong Kong in response to China’s plans to impose new security legislation in the territory.

Trump made the announcement at a White House news conference, saying China had broken its word over Hong Kong’s autonomy. He said its move against Hong Kong was a “tragedy” for the people of Hong Kong, China and the world.

“We will take action to revoke Hong Kong’s preferential treatment,” he said, adding that the US would also impose sanctions on individuals seen as responsible for smothering Hong Kong’s autonomy.

Trump said he was directing his administration to begin the process of eliminating policy agreements on Hong Kong, ranging from extradition treatment to export controls.

He said he would also issue a proclamation on Friday to better safeguard vital university research by suspending the entry of foreign nationals from China identified as potential security risks – a move believed to be aimed at Chinese graduate students studying in the US.

The moves come after China forged ahead with plans to impose new national security legislation and after US Secretary of State Mike Pompeo said the territory no longer warrants special treatment under US law that has enabled it to remain a global financial centre.

Diplomats said Russia and China responded during the council discussion by criticising the US over the Minneapolis killing of an unarmed black man – who was seen on video gasping for breath while a white police officer knelt on his neck – and its handling of growing unrest.

China’s UN Ambassador Zhang Jun said in a statement after the meeting that the US and UK should “mind their own business,” adding that: “Any attempt to use Hong Kong to interfere in China’s internal matters is doomed to fail.”