Every previous president since James K Polk, the 11th US President who served from 1845 to 1849, has had at least one pet. It is such a well-known tradition that a presidential pet museum popped up in Maryland in 1999. Dogs have been the most common pets, but some presidents have had exotic animals and even those usually considered to be livestock have been kept as pets by presidents and their families.

The last inhabitants of the White House – the Obamas – had two Portuguese Water dogs called Bo and Sunny.

The Bushes had a number of dogs over the years ‒ George HW Bush had an English Springer Spaniel called Millie, and one of her puppies called Ranger, while he was in office.

By the time his son George W Bush was in the White House, Millie had been put down after a series of strokes, but the family had another puppy of Millie’s called Spotty.

They also had two Scottish terriers called Barney and Miss Beazley, the latter whom George gave to his wife Barbara for her birthday. 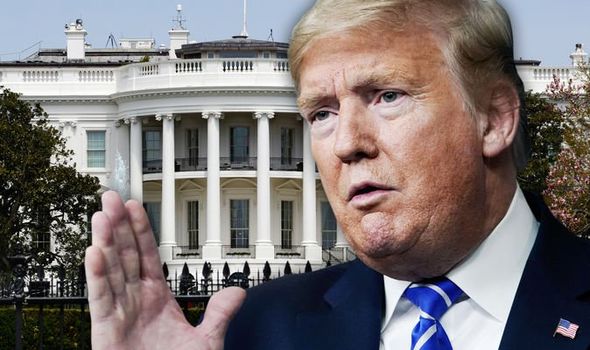 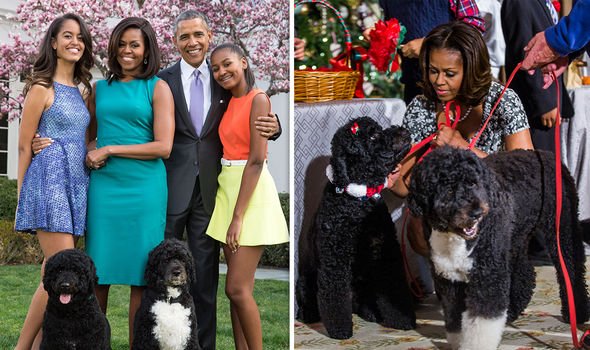 George W Bush and his family also had a cat called Ernie, a cat called India, nicknamed “Willie”, and a Longhorn cow called Ofelia, who lived in their Prairie Chapel Ranch in Texas.

The Clintons had a cat called Socks and a chocolate Labrador retriever named Buddy.

He also had a number of animals at his Santa Barbara ranch – Rancho del Cielo – including tortoiseshell cats called Cleo and Sara and at least four horses called El Alamein, Nancy B, Baby and Little Man, among others. 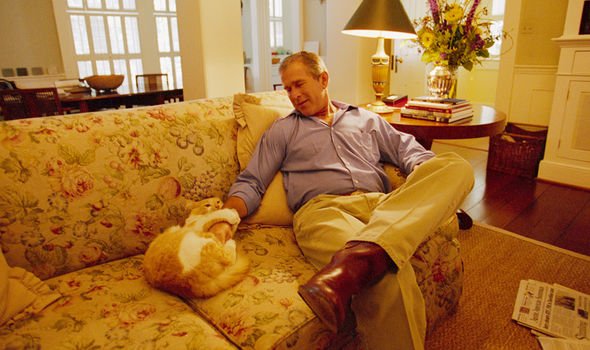 Jimmy Carter had an Afghan hound called Lewis Brown and his daughter Amy was given a Border Collie called Grits by a teacher, but the dog was quickly returned after it snapped at several White House visitors.

Before them, Gerald Ford had a golden retriever named Liberty, who had a puppy called Misty, born in the White House.

He also had another dog called Lucky and a Siamese cat called Shan. 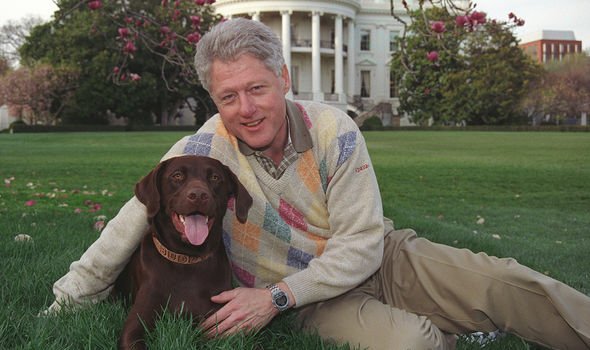 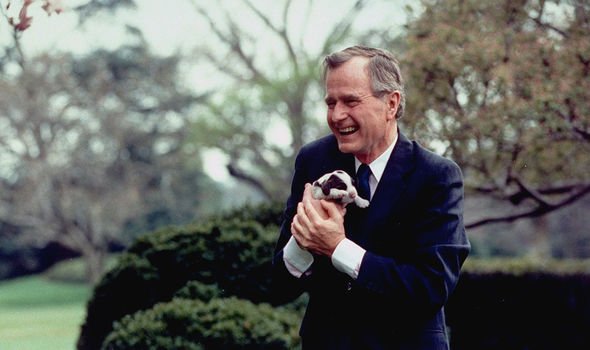 During his candidacy for vice president under Dwight D Eisenhower in 1952, Mr Nixon was accused of hiding a secret slush and gave the televised “Checkers speech” named after his Cocker Spaniel.

In the speech he denied he had a slush fund, but did admit “there is one thing that I did get as a gift that I’m not doing to give back” – the black-and-white dog his daughters had been given.

There had been talk of Mr Nixon being dropped from the ticket, but after his speech he received an increase in support and Mamie Eisenhower reportedly recommended he stay because he was “such a warm person”. 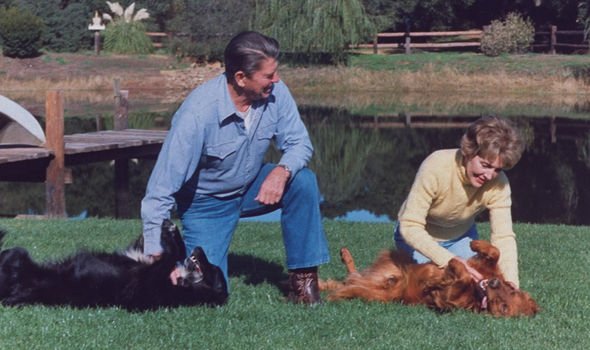 Lyndon B Johnson had two beagles called Him and Her and upset animal lovers when he was photographed picking them up by the ears.

However, others did not understand the uproar, with former president Harry Truman saying: “What the hell are the critics complaining about; that’s how you handle hounds.” 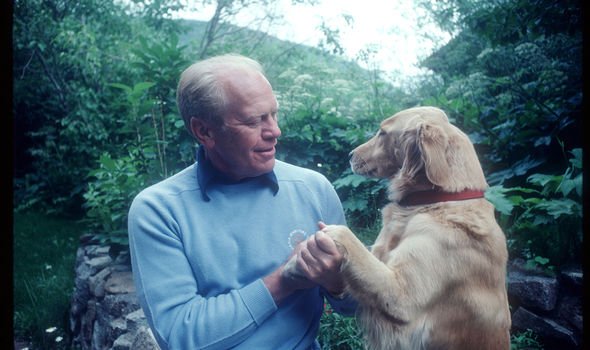 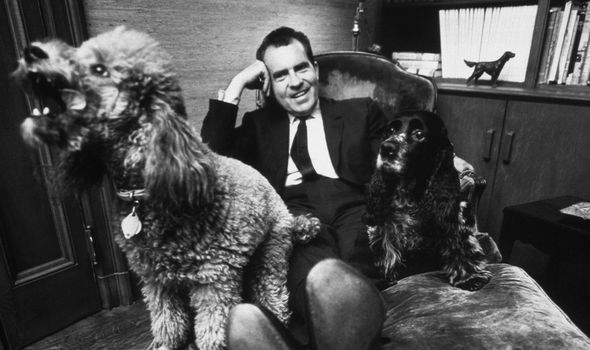 Before Mr Johnson was John F Kennedy, who had what could be called as a menagerie of animals.

He had 11 dogs including a poodle called Gaullie, a Welsh Terrier called Charlie, a Doberman Pinscher called Moe, an Irish Cocker Spaniel called Shannon, a mix of Irish Wolfhound and Schnauzer called Wolf and a German Shepherd called Clipper.

JFK also had a dog called Pushinka, which was a puppy of Soviet space dog Strelka, a gift from Soviet Union Premier Nikita Khrushchev. 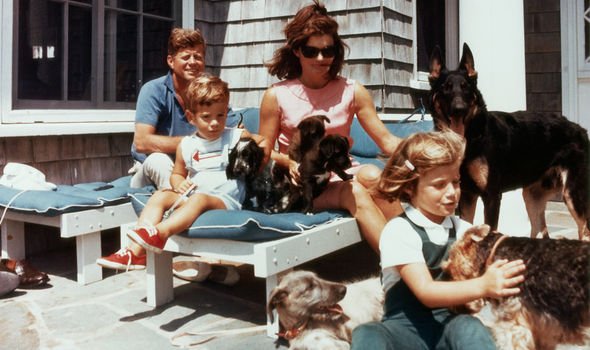 As well as the dogs, Mr Kennedy had a cat called Tom Kitten and three ponies – one called Macaroni, a bay Yacatan pony called Tex and Connemara pony called Leprechaun, who was a gift from the President of Ireland, Eamon de Valera.

President Kenney’s five-year-old daughter Caroline also raised ducklings in the White House, but ongoing conflicts with their terrier Charlie resulted in them being sent to Rock Creek Park, a national park.

On top of this, the family had hamsters Billie and Debbie, a rabbit called Zsa Zsa, a horse called Sardar, a canary called Robin and parakeets called Bluebelle and Marybelle.

From these previous presidents, it is clear that Mr Trump has truly broken a long-running trend of having pets in the White House.

At one point, it was believed that a friend of Mr Trump’s had offered him a Goldendoodle named Patton, but the pet’s owner, Lois Pope, decided she was too attached to the pup to give it up and she never heard back from the president about it anyway.