It began after president Trump retweeted an image that appeared to mock the appearance of Joe Biden as he wore a black face mask and sunglasses while commemorating Memorial Day on Monday. The tweet, by Fox News political analyst Brit Hume, read: “This might help explain why Trump doesn’t like to wear a mask in public. Biden today.”

Trump did not directly comment on the photo, but Politico reports he has been accused of provoking a “culture war” over the wearing of face masks.

On the other side of the argument, Biden called Trump a “fool” for his views on wearing face masks in an interview with CNN yesterday.

Mr Biden said he had seen that Trump had been “making fun of the fact I wore a mask,” and said that “he’s a fool – an absolute fool – to talk that way.”

Mr Biden added that “every leading doc in the world is saying you should wear a mask when you’re in a crowd.” 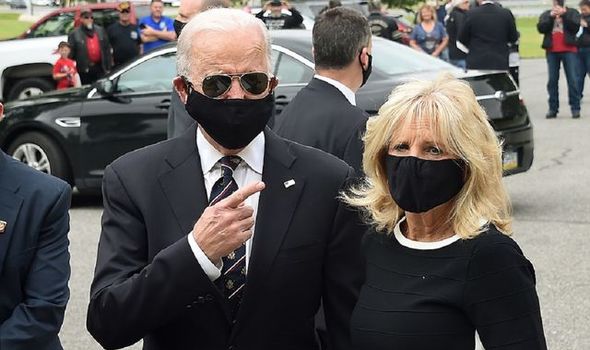 Politico reports that Trump later denied criticising Mr Biden for wearing a mask when he ventured outside.

Trump said: “I wasn’t criticising him. Why would I ever do a thing like that?”
The US Centers for Disease Control and Prevention (CDC) recommends the wearing of cloth face coverings in public settings such as shops and petrol stations.

It notes that cloth face coverings may help slow the spread of Covid-19.

The CDC states: “Cloth face coverings provide an extra layer to help prevent the respiratory droplets from traveling in the air and onto other people.” 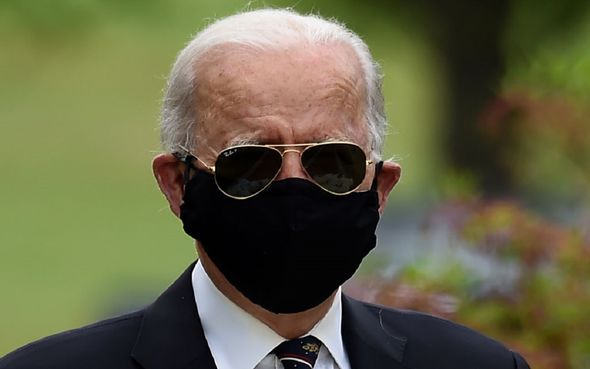 However, it advises against the wearing of face masks by any children under the age of two, anyone who has trouble breathing, or anyone who is not able to remove the mask without assistance.

Trump has openly refused to wear a face mask on recent excursions away from the White House, drawing criticism in doing so.

On a recent trip to a manufacturing plant owned by carmaker Ford last week, the president was videoed speaking to journalists without a face mask on, while Ford officials could be seen standing behind him wearing them.

When asked why he wasn’t wearing one, the president claimed Ford officials had told him that wearing a mask was “not necessary” at that moment. 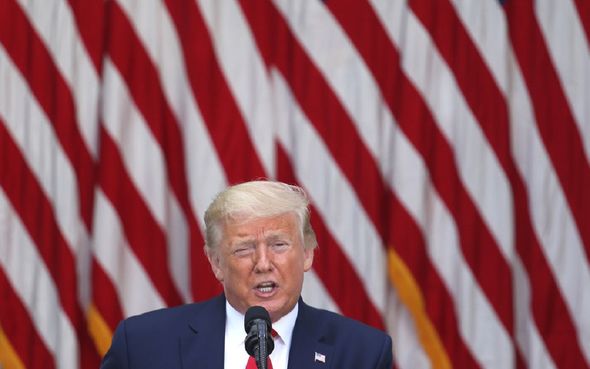 The president also claimed that he had been wearing a mask beforehand, away from the cameras, but “didn’t want to give the press the pleasure of seeing it.”

In other news, Twitter has added a fact-checking alert to a tweet issued by Trump regarding mail-in ballots.

The president has been outspoken about the use of mail-in ballots in the upcoming presidential election this November.

He claims that voting this way could lead to forged and fraudulently signed ballots. 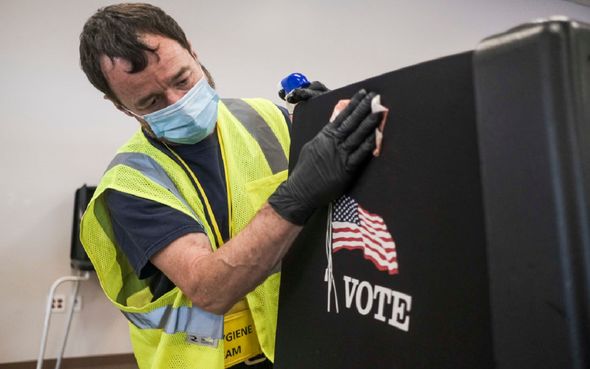 But these claims have been widely refuted, and clicking on the fact-checking alert leads to a twitter page that discredits the president’s claims and provides further links to media reports on the matter.

There are also statements on the page – which seem to have been pinned there by Twitter – which read: “Trump falsely claimed that mail-in ballots would lead to “a Rigged Election.”

Another reads: “Trump falsely claimed that California will send mail-in ballots to “anyone living in the state, no matter who they are or how they got there.” In fact, only registered voters will receive ballots.”