It comes as Dr Fauci has been outspoken in following different advice to the government, as well as co-authoring a paper published in medical journal Science on Monday regarding the pressures on vaccine development.

Dr Fauci laid out what he intended to tell senators in an email to a reporter on Monday.

He wrote: “The major message that I wish to convey to the Senate HLP committee tomorrow is the danger of trying to open the country prematurely.

“If we skip over the checkpoints in the guidelines to: ‘Open America Again,’ then we risk the danger of multiple outbreaks throughout the country.

“This will not only result in needless suffering and death, but would actually set us back on our quest to return to normal.” 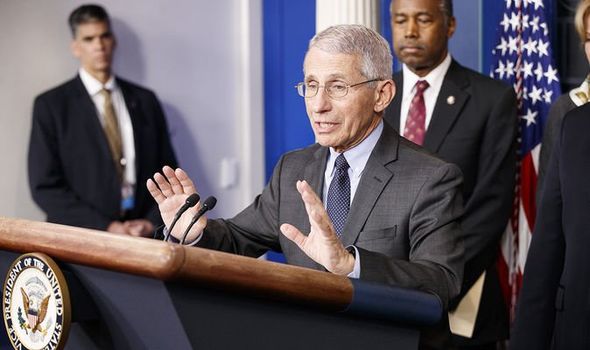 ‘Open America Again’ refers to the White House’s three phase plan that lays out guidelines for state officials who are considering reopening their economies.

Many states are reopening without meeting those guidelines, seeking to ease the pain as millions of working people and small business owners are facing economic ruin while sheltering at home.

Georgia reopened their economy ahead of their shelter in place order six days early on April 24.

Dr Thomas R. Frieden, a former director of the Centers for Disease Control and Prevention said: “We’re not reopening based on science.

“We’re reopening based on politics, ideology and public pressure.

“And I think it’s going to end badly.” 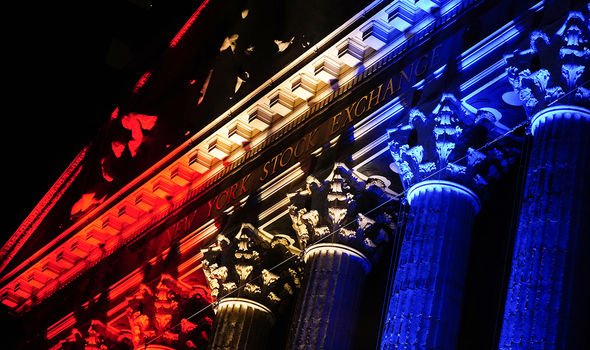 Fauci has also co-authored an article raising concerns that one coronavirus vaccine may not be enough to fight off the pandemic.

The article is based around a public-private partnership for vaccine development, and about finding a platform for harmonised clinical trials aims to accelerate licensure and distribution.

The paper states: “There is an unprecedented need to manufacture and distribute enough safe and effective vaccine to immunise an extraordinarily large number of individuals.

“No single vaccine or vaccine platform alone is likely to meet the global need, and so a strategic approach to the multi-pronged endeavour is absolutely critical.” 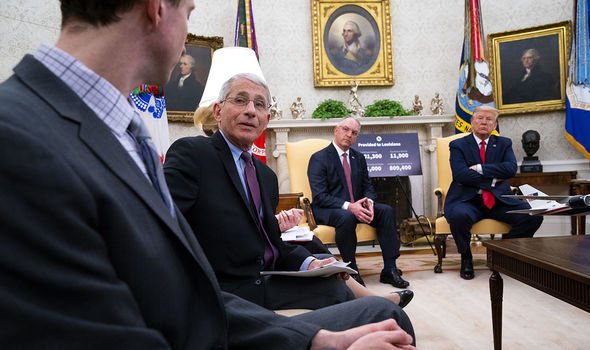 Also according to an internal memo released on Monday and obtained by The New York Times, new guidance released to Trump administration employees will require them to wear masks when inside the West Wing,

The memo, which was distributed to staff members through the White House management office, read: “As an additional layer of protection, we are requiring everyone who enters the West Wing to wear a mask or face covering.”

The new guidance comes after two aides working near the president tested positive for the coronavirus last week.

The new rules are not expected to apply to President Trump and Vice President Mike Pence, who for weeks have downplayed the need to wear masks. 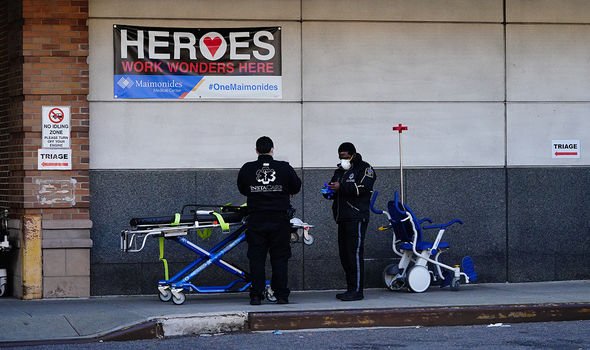 Donald G. McNeil Jr., a Times science and health reporter suggests that the much-feared second wave of infection may not wait until fall.

Instead, it may become a series of wavelets occurring unpredictably across the country.

The US has the highest number of coronavirus cases in the world, with 1,384,365 confirmed.